The latest expansion for Neverwinter adds a Tyrannosaur mount. Sure, there’s a new hub, a new dungeon, a new story campaign, and more — but what could possibly top a rideable T-rex? Tomb of Annihilation will take you deep into the primitive jungles of Chult to face some of Faerûn’s deadliest adversaries, with the promise of lavish rewards for your exploits.

A mysterious malady known as the death curse has begun to hit the Sword Coast, and rumors about its origin compel you to set sail toward the far island of Chult in search of a cure. The jungles there will pit you against vicious dinosaurs, dastardly goblin tribes, and hordes of undead — and if you can survive all that, one of the deadliest dungeons in the land waits at the end. 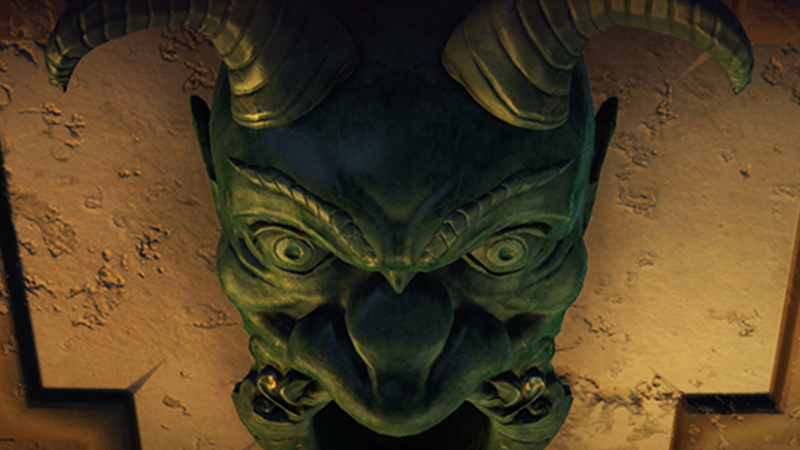 The Tomb of the Nine Gods serves as a new end-game dungeon for Neverwinter, and one look at the mask that adorns its walls will have D&D veterans screaming in horror. Supposedly the final resting place of a cabal of trickster gods, the true trick is that it’s a death trap meant to lure the strongest adventurers to their doom. The tomb’s archlich master taunts players throughout, and the dungeon itself will require an unprecedented level of cooperation in order to brave its traps and defeat its bosses.

Between your expeditions into the darkness of Chult, Port Nyanzaru will serve as your home, and its lively bazaars and colorful streets couldn’t provide a better break from the terror at the heart of the jungle. Here you can set off on hunts for various monsters, and defeating those bosses will yield unique currencies you can use to purchase powerful gear.

Tomb of Annihilation is available now for Neverwinter players on PC, while the expansion will hit at a later date on PlayStation 4 and Xbox One. For more details on what awaits on your new adventures in Chult — and throughout the realm — be sure to check out the Official Neverwinter Wiki.

Dream Daddy Complete List of Dads: Which Dad Is Right for You?