You’re an Observer. That means you’re part of a corporate-sponsored police force tasked with invading the minds of suspects in search of thoughts, feelings, and emotions to use against them. Of course, things aren’t quite what they seem when you’re delving into the unstable minds of desperate criminals. 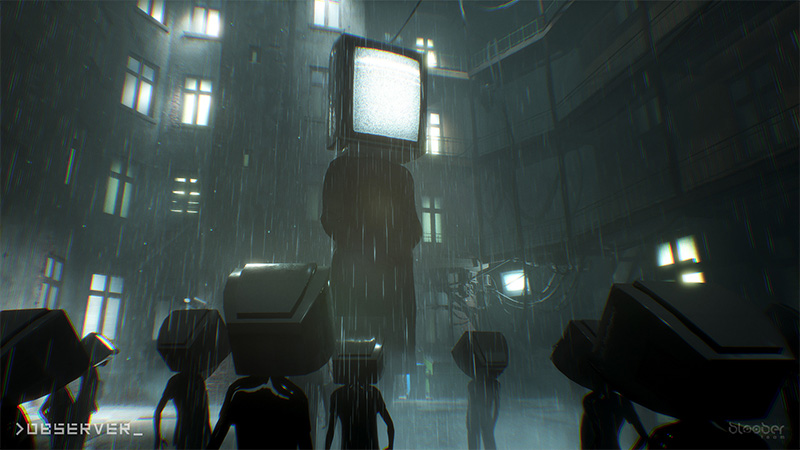 Observer is the latest from Bloober Team, developers of the indie horror sensation Layers of Fear, and it takes that penchant for psychological scares into a gritty cyberpunk future. It’s 2084, years after the Nanophage and the War left humanity in the midst of a terrible new reality, and one which they’ve tried to escape through VR, neural implants, and drugs.

As Dan Lazarski, you venture into the minds of the criminally insane, facing their darkest fears as you search for the clues you need to bring them to justice. The Dream Eater lets you delve into the memories of individuals both living and dead, but the things you find there might leave you questioning both the reality you’re a part of and the sanctity of your own mind. Tying everything together are the vocal talents of Rutger Hauer as Dan.

Here’s some footage of Observer in action:

Already receiving strong reviews thanks to its detailed world and storytelling, Observer is available now on PlayStation 4, Xbox One, and Steam. For more details on the twisted history of this cyberpunk world, be sure to check out the Official Observer Wiki. Just be careful not to delve too deep.