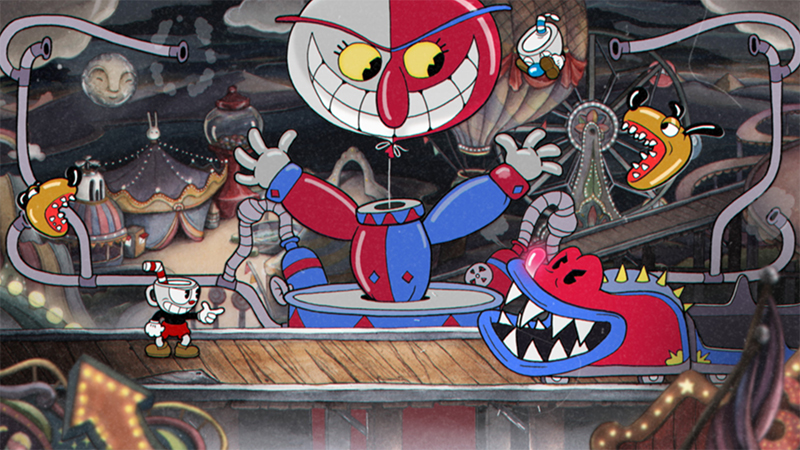 Few games leave a lasting impression as quickly as Cuphead. Inspired by the surreal animation of the 1930s, seeing the game in motion is barely distinguishable from the cartoons that inspired it. Cuphead doesn’t just look great, either — it’s a hardcore action platformer that takes its cues from some of the greatest games of all time.

Cuphead puts players in control of either Cuphead or Mugman — or both, if you’re playing co-op — as you roam the lands to repay a debt owed to the Devil. The game has a major focus on boss battles against giant, lavishly animated enemies, but there’s lots of room to run, jump, and explore in between. New weapons and moves offer up an ever-expanding repertoire of abilities.

The visual aesthetic on display isn’t just an imitation of classic animation. It’s built from the very same techniques that brought cartoons from the likes of Disney and Fleischer Studios to life. Traditional, hand-drawn cel animation and watercolor backgrounds give the game its incredible look, and that’s all backed up by a set of original jazz recordings to put a little extra bop in the hoppin’ and boppin’ action.

It’s been a passion project for StudioMDHR, which is made up of brothers Chad and Jared Moldenhauer. They started work on Cuphead back in 2010, and its immediate wow factor led to a partnership with Microsoft and a vastly expanded scope. Now, seven years later, we finally get to play it.

Cuphead is available now on Xbox One and PC. For more detail on how to break even with the Devil, check out the Cuphead Wiki.