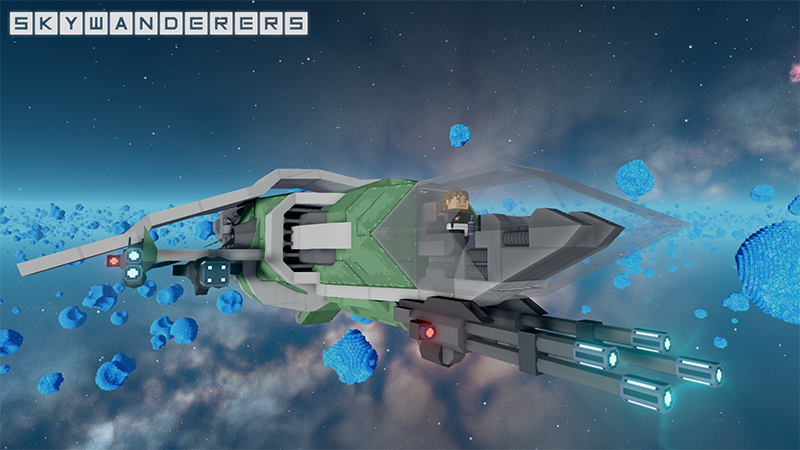 Skywanderers puts you in the cockpit of an interstellar vessel in the midst of a procedurally generated galaxy where you can go wherever you want and build whatever you like. The game has just smashed its Kickstarter goal and will be rocketing off to Steam soon, and Gamepedia is proud to announce a partnership with developer Francois Duret for the Official Skywanderers Wiki.

The worlds are constructed from Minecraft-style bricks, but you can build far more than forts and houses. You can build your own starships with zero prefab parts, carefully constructing your seat, canopy, and command center. The varied options let you build anything you can imagine, from tiny shuttles and fighters to massive warships. You can even build your own mechs in both anime and Western styles.

You can travel to any star in the sky, and those stars aren’t just abstract points on a map. Instead, the celestial bodies exist in relative space, so you can fly to any point you see in the sky. That goes for stars, nebulae, stellar dust clouds, planetary rings, and even artificial worlds. The early game is about gathering materials and resources for simple survival, but eventually you’ll be sailing among the stars, making war, doing mining, hunting pirates, or whatever else strikes your stargazing fancy.

Skywanderers builds from Minecraft and Elite, but it draws just as much inspiration from classic LEGO space sets, where the spaceship of your dreams is just a few bricks away. With a successful Kickstarter in the bag, the game will be hitting Steam Early Access next year. You can check out the official website to stay informed about its progress, and stay tuned to the Official Wiki for even more detail as Skywanderers comes to life.