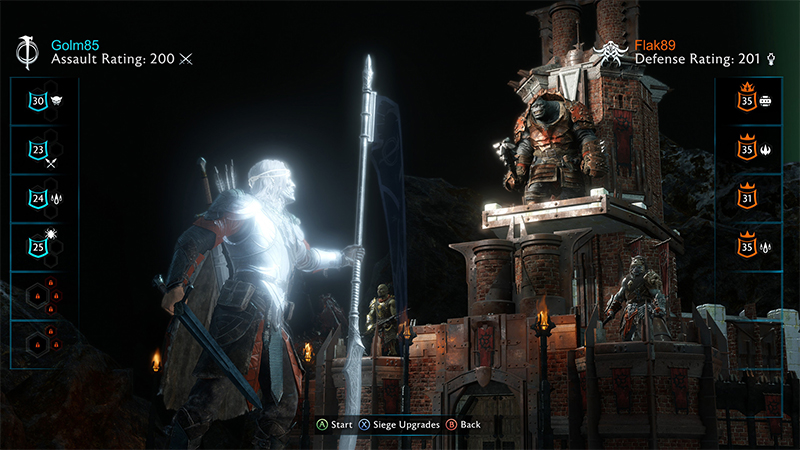 The shadow of Sauron’s darkness has fallen across Middle-earth once again, but luckily you’ve still got the power to turn the Dark Lord’s minions against him. Middle-earth: Shadow of War sees you return to the role of Talion, and with the aid of the elven spirit Celebrimbor, you’ve forged a new Ring of Power offering even greater control over your orcish foes.

The Nemesis System returns from Shadow of Mordor, pitting you against unique orcs with their own names and ranks, as well as weaknesses and fears you can learn and exploit when it’s finally time to face them. Enemies will still remember your encounters, and if a lowly grunt manages to defeat you in battle you can expect to meet him again as a leader of his own platoon.

Those unique strengths and weaknesses are more important than ever, because you’re no longer just trying to take down Sauron’s forces—you’re building an army of your own, dominating orcs and turning their abilities to your side in order to take down massive fortresses and prepare for war.

And Talion still has a massive array of powers perfectly suited to slicing and dicing orcs aplenty. Now there are even more powers at your disposal, from chaining together stealth kills to summoning hordes of spiders, and you’ll need every one of those abilities to stand against the powerful foes that oppose you, from uncountable orcs to Balrogs and more.

Here’s what Shadow of War looks like in action: