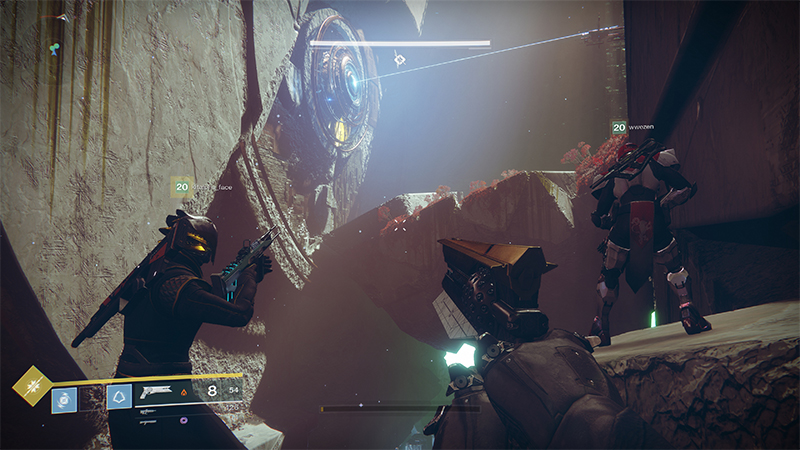 The wait is finally over, as Bungie’s latest sci-fi shooter is now available on PC. We’ve been looking on with jealousy as console players have enjoyed the game for months, even knowing we’d end with the better version of the game, complete with improved visuals and mouse-based aiming. Now it’s time to take up the mantle of Guardian and bring the fight to Ghaul in Destiny 2.

Destiny 2 once again brings Bungie’s world-class shooting gameplay to bear in a connected world with tons of ways to play solo, cooperatively, or competitively. The sequel drastically ups the content while keeping the rock solid fundamentals intact for an even better overall experience. You’ve still got three classes to choose from, whether that choice is the nimble Hunter, the powerful Titan, or the magic-and-tech-fueled Warlock. Naturally, you’re going to be seeking out loads of awesome gear, from new bits of armor to unique weapons coming from rare loot drops.

And you’ll need that loot whichever way you want to play. A new, expanded campaign sees you fighting back against the Red Legion to preserve the last safe city on Earth, with major missions and loads of side-quests to enjoy along the way. The campaign is playable cooperatively, but for a greater challenge three-player strikes and intense, six-player raids will push your team’s coordination to limit. If you want to tests your skills against other players, you can always engage in the endless PvP combat of the Crucible as well.

The PC version of Destiny 2 features all the content of the console editions, but with the added benefit of 4K support and uncapped framerates, plus keyboard and mouse controls. Here’s what it looks like in action:

Destiny 2’s definitive version is here, exclusively through Battle.net. The sequel improves on its predecessor in every way, with more content, a bigger campaign, more multiplayer options, and a refined leveling system, making this a terrific place to jump in. For a little extra guidance in your Guardian’s quest to restore light to the world, be sure to check out the Destiny 2 Wiki.