No Man's Sky released over a year ago, and the early days of exploring the game's infinite universe were rocky to say the least. Luckily, we're not alone in the galaxy, and a small but dedicated groups of fans have held the community together while developer Hello Games has put together a series of game-changing updates. These updates have added far more things to do and places to see in the endless stars and planets that make up No Man's Sky's galaxy. Here’s what has changed in No Man’s Sky. 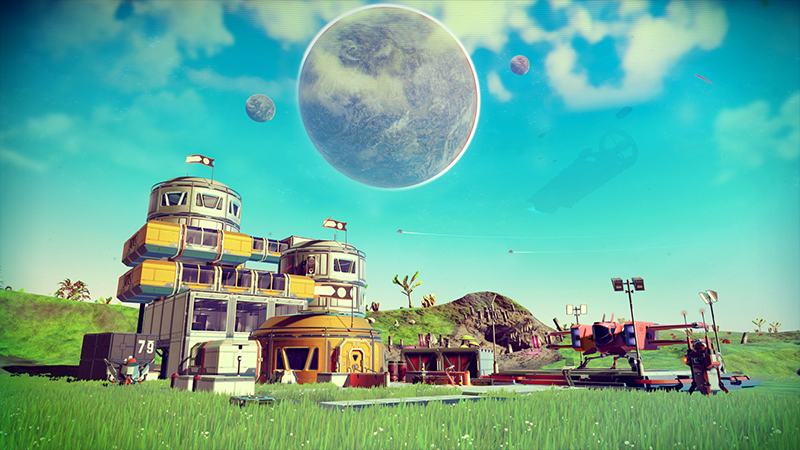 The first big addition was the Foundation update which, as the title implies, laid the groundwork for things to come. You could now pick a homeworld, start building a base, and have a new intergalactic home to teleport to. Or you could get a freighter, start collecting your own fleet of starships, and start recruiting NPCs to join your galactic voyage. Then there was farming and harvesters, new resources and tech, a host of UI and inventory fixes, and the option of weather to play in standard, creative, or hardcore survival modes. 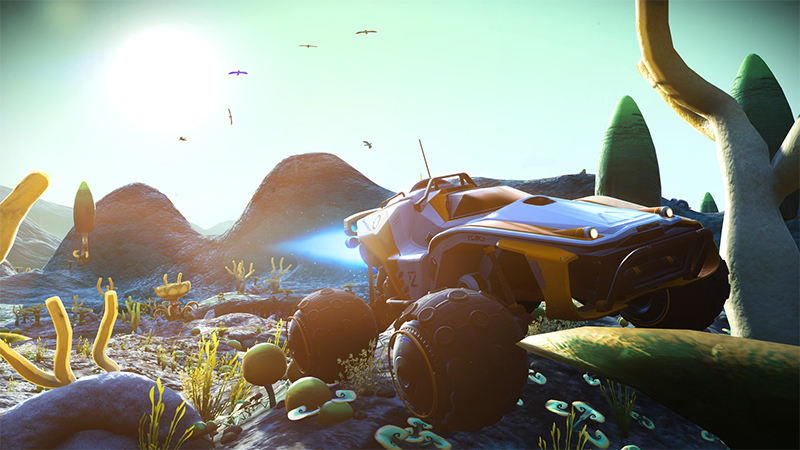 Online base sharing came with the Path Finder update, finally allowing you to see what other players had built. New land-based vehicles—the nimble Nomad, the all-round Roamer, and the massive Colossus—offered new, speedier ways to get around each planet’s surface, and even let you mine from the comfort of your cockpit. New specializations let you define specific roles for your ships and gear. And permadeath mode offered the most adventurous players the ultimate challenge. 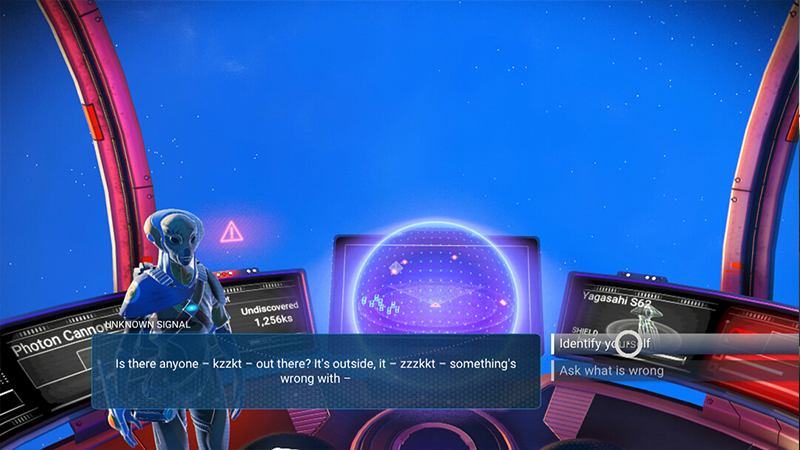 Yet even all that felt like just a prelude compared to the massive story revamp that came alongside the Atlas Rises update. A full 30-hours worth of new content, a new interdimensional race to discover secrets about, and a massive quest system that builds a branching narrative and brings loads more depth and lore to the adventure. Plus a new mission structure lets you join up with various guilds, and increase your standing with them as you complete a variety of objectives.

Alongside the expanded narrative, planets offer new biomes and plant life, and a rebuilt economy makes trading between planets far deeper. That’s not even mentioning the full terrain editing system, planet portals, improved space combat, in-atmosphere dogfighting, and the beginnings of a co-op system finally allowing players to meet up with each other on populous worlds. 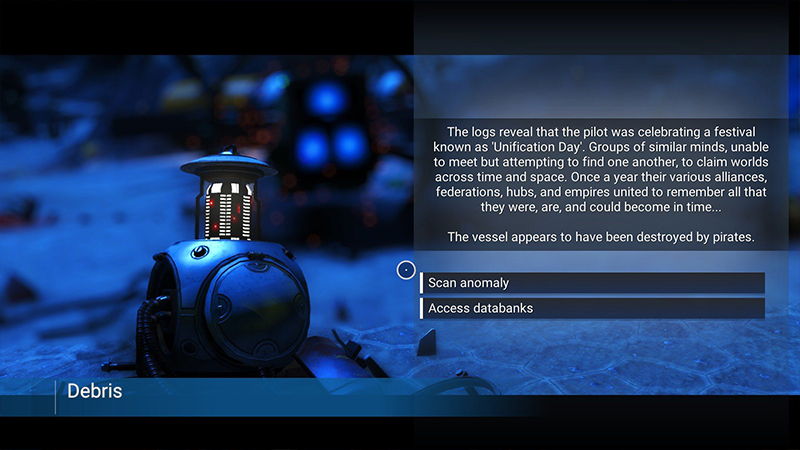 While these updates have dramatically expanded what’s possible in No Man’s Sky, it’s really the community which has stepped up to fill in the blanks. While hopping into the game and exploring the universe on your own might feel lonely, you’re not alone out there—empires are building, alliances are forming, and new trade routes are being established all around you. There are dozens of communities and alliances in the game today, many of them organized under larger communal governments like the United Federation of Travelers or the Alliance of Galactic Travellers.

Everyone has their own rules for colonization and exploration, roleplaying their discoveries as they chart the vastness of space. Additions like the portals included in Atlas Rises have made it easier than ever before for players to organize events like the No Man’s Sky Olympics, featuring a variety of races, scanning, and combat events designed to bring players together. The rise of these groups has even led them being referenced explicitly in-game.

There’s far too much new to the game to list out everything here, but you can find out all you need to know at the No Man’s Sky Wiki. If you haven't played No Man's Sky since it's original launch, now might be the time to give it another look.