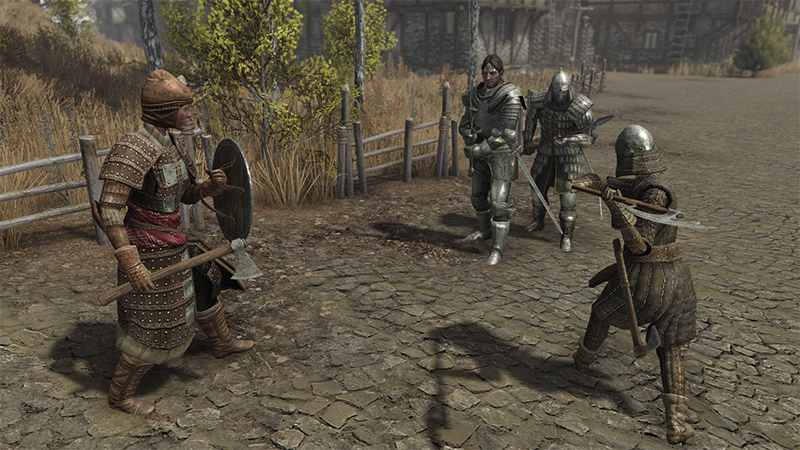 The giant survival sandboxe of Life is Feudal are about to get a lot bigger, as Life is Feudal: MMO is set to put the massive in the multiplayer online. But like the original, it’s all about your own story in the medieval realm, and these worlds will be living creations built by all the players who populate them.

In contrast to the three square kilometer, 64-player worlds we’ve seen before, Life is Feudal: MMO will offer 21 square kilometer areas with room for more than 10,000 players—and there’ll even be room to expand. A full guild system will allow players to join forces, make claims on their own lands, and lay siege to rival guilds.

Once you’ve left the starting city, every single thing you see will have been built by players, from trading posts and hovels to fortresses and newly found kingdoms. With resources spread across unique regions of the world, trading will be essential for survival, unless you want to make with the pillage and plunder to speed up the process. Everything from the battles fought to the trade routes established will all be driven by players, with kingdoms rising and falling to create a unique history for the world.

When it comes time to take up the blade, you’ll be in for physics-based combat with limb-shattering brutality, giving you deadly combos to take out your enemies where they’re most vulnerable. Or you can leave the dirty work to others, as you hire guards and mercenaries from the money you earn trading with others around the world. Your caravans will certainly need the protection. Minigames will let you boost your production for faster crafting and better items.

Here’s what Life is Feudal: MMO looks like in action:

Life is Feudal: MMO is available now via Steam Early Access, so get your swords and boards together and get ready to do some hacking, slashing, and building. For more help making your way in the medieval world, be sure to check out the Official Life is Feudal Wiki.