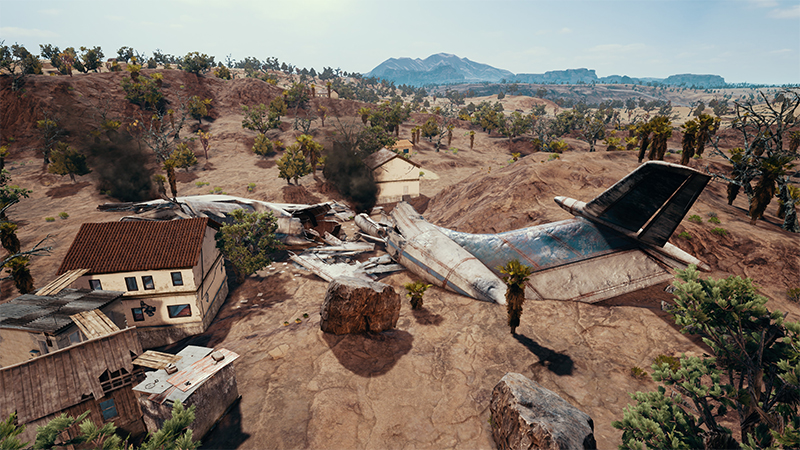 PlayerUnknown’s Battlegrounds has been the most absurdly successful game in recent memory, and what’s even more ridiculous is that it redefined the gaming landscape all within the confines of Early Access. But today, the impossibly popular battle royale has finally hit version 1.0, and that update marks more than just a marketable version number. By now, you know what PUBG is all about — 100 players jump out of a plane and scrounge a battlefield for supplies in a winner-takes-all quest for a chicken dinner. Here’s what’s new on the official release day.

The biggest addition is the new desert map, Miramar, which offers a completely different feel from the original Erangel, complete with new weapons, new vehicles, and new ways to kill or be killed. You can feel the game’s success here, too, since Miramar features far more detailed locations, with unique churches, arenas, and massive cities to do battle in.

But whatever map you’re fighting on, you’ll be able to take advantage of vaulting, which gives the seemingly obvious ability to climb over things. Small fence? Step over it. Big fence? Pull yourself over it. Window? Blast through that pane of glass to get the drop on enemies hiding inside. Vaulting makes it far easier to get around, lets you quickly climb up vertical locations you couldn’t reach before, and allows you to make deadlier ambushes and more daring escapes.

Then there’s the killcam, which finally lets you see what you did wrong and how you got taken down at the end of a match. Even bigger is the replay system, which records a massive chunk of the map around you with full timeline controls and free camera look, letting you either check out how nearby combatants are playing or string together your own in-game movies.

And those are just the big features that have recently come over from the test server. Over the course of Early Access, PUBG has seen constant rebalances and tweaks, ranging from minor changes to the loot tables to full-on new weapons like the Groza and Mini 14 — not to mention a long line of performance improvements. There’s even a full new game mode that fully locks you to the first-person perspective for the most immersive experience possible.

PlayerUnknown’s Battlegrounds is available now on Steam, and don’t think the updates are done just because the game’s gone 1.0 — there’s plenty more in store, including an option to choose what map you’re jumping into at the start of a game. If you prefer to game on console, PUBG is also available as part of the Game Preview Program on Xbox One, and it’ll soon come to enjoy all the features associated with its PC counterpart. Whichever platform you’re playing on, be sure to check out the official PlayerUnknown’s Battlegrounds Wiki for all your survival needs.

Monster Hunter: World Makes Drastic Advancements to the Franchise's Formula, and They're All For the Better