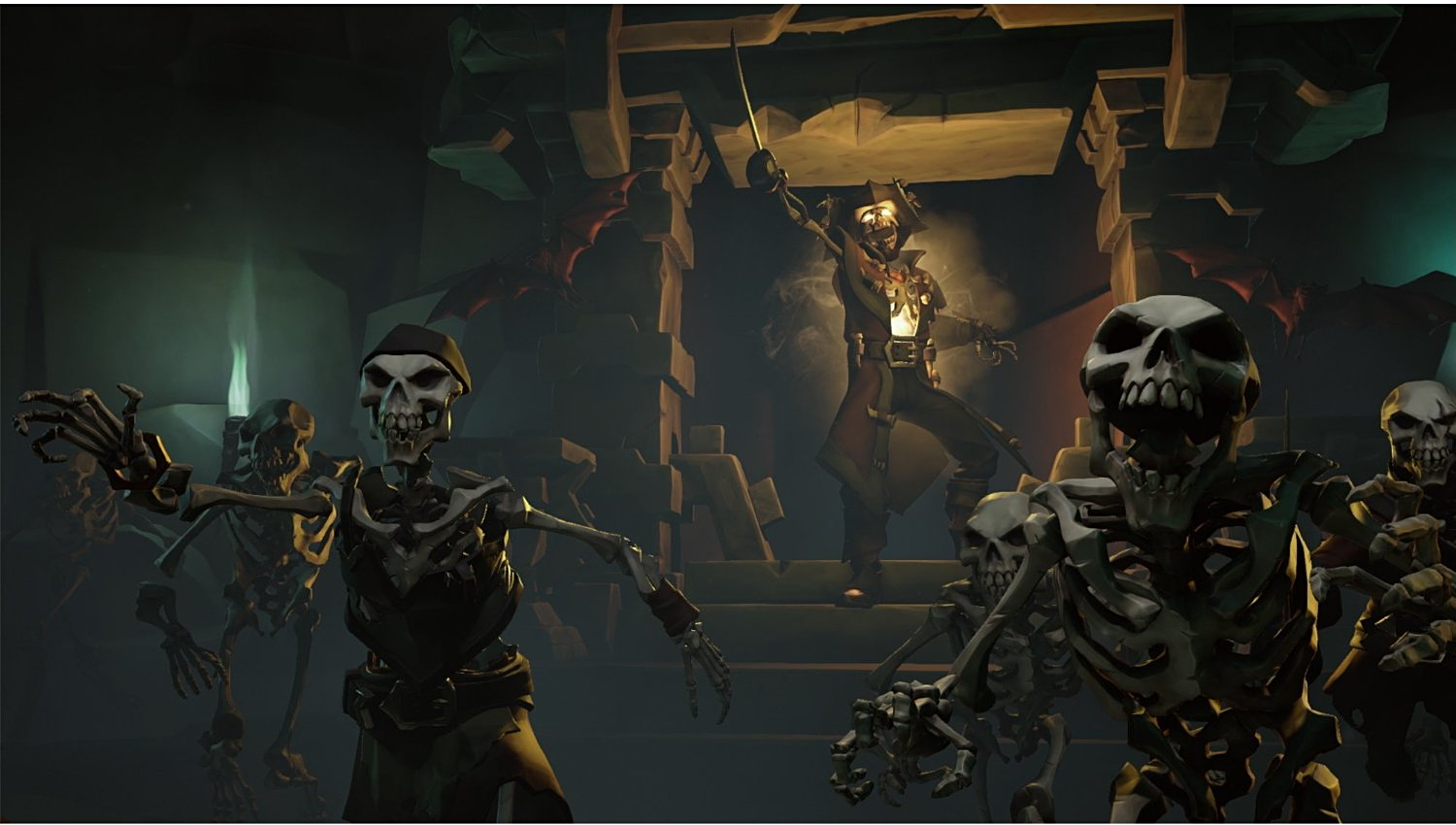 Though it goes in direct opposition to what movies and TV tells us, being a pirate was probably not a fun gig. You'd go long stretches between pillaging, and even longer between landfalls. You'd live cramped up on a boat with a bunch of other smelly ne'er-do-wells, trying not to throw up on each other, while getting yelled at by the captain all the time. It's for that reason I'm glad for games like Sea of Thieves — it makes being a pirate look ludicrously fun.

Gather a party of scalawags and together you can sail the open seas in search of lost lands and hidden treasure. Of course, you won't be the only ones interested in such marvels. Defeating rival crews (made up of groups of other players, of course) is integral for keeping your pirate life viable, and you'll have to fend off ghastly skeletons and even the occasional kraken. On the ship, everyone has to pitch in if you want to keep your ship afloat, meaning you'll need your friends and crew mates to mount the counter attack while others repair the damage. The Pirate Code is a bond that makes would-be privateers stronger when taken seriously.

Check out the high seas hijinks below.

Drive Back the Forces of Chaos in Warhammer: Vermintide 2

Into the Breach Beginner's Guide: Tips For Getting The Most Out of Your Runs