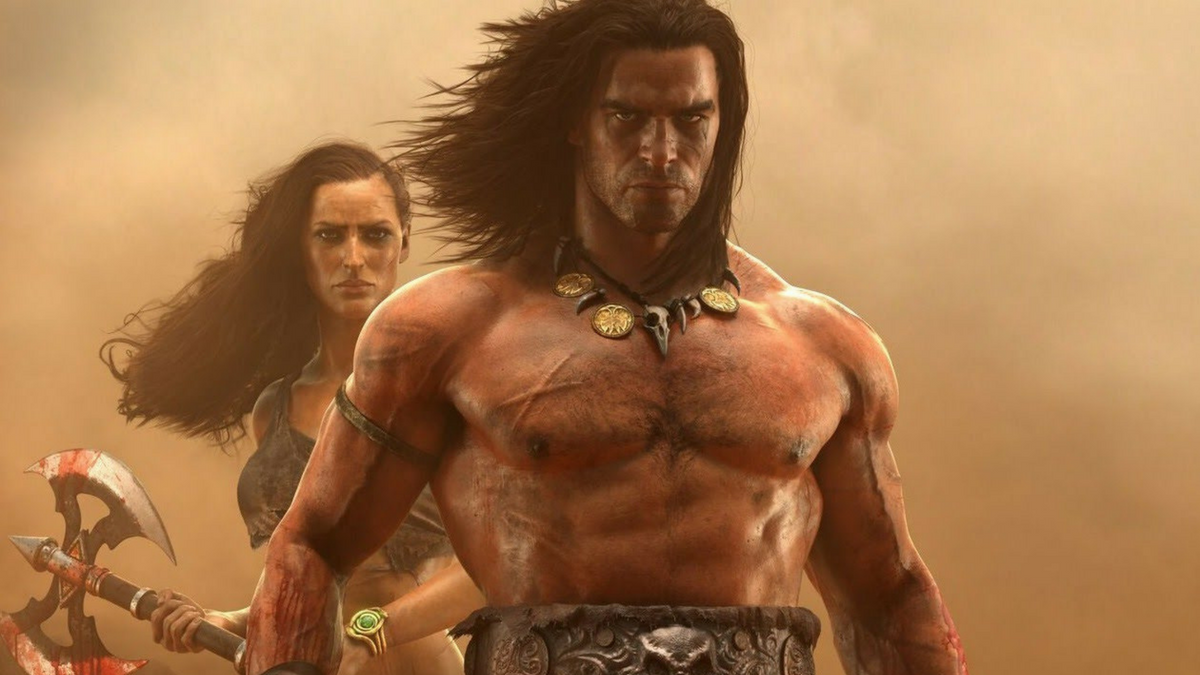 After spending nearly two years in Early Access, Funcom's Conan Exiles is now available in its full, complete form — which means there's never been a better time pulverize your enemies into a pulp as you journey throughout the savage land of Hyboria.

Funcom's open world multiplayer survival and crafting sandbox title has gone on to sell over a million copies since it first arrived years, and it's not shows not showing any signs of slowing down. Set in the fictional Hyborian Age of Conan the Barbarian,you take on the role of your own custom character who, as the title implies, has been exiled after being convicted of a series of crimes. The sentence is death by crucifixion beneath the scorching desert sun. But that isn't to be, as Conan himself rescues your character and gives you a second chance at life. It won't be easy, making your way through the Exiled Lands and beyond, but it'll definitely be an adventure.

You'll need to gather resources, craft new gear and shelter to keep yourself safe and out of harm's way, as well as pick up additional schematics to improve what you're capable of building. You'll start from humble beginnings, but eventually you'll be fortunate and capable enough to build up entire cities that can defend themselves against any intruders. Though you may begin the game as a lowly exile, you can rise through the ranks quickly to become a character to be feared.

The game has seen its fair share of improvements and alterations since it first made its Early Access debut. In some aspects it's a whole new game. A massive number of exploits and glitches have also been resolved in addition to the introduction of various features that make the experience a much smoother one. The world has increased in size in a massive way, hundreds of new items have been implemented, and there's a fantastic new combat system that feels far more natural than the old one. All weapons have received their own attacks and animations, varying from lunges to jumps and slashes, with light and heavy attacks for each one that can be chained together for damaging combos.

Even the smaller tweaks, such as an updated interface and replenishing stamina, have gone a long way to giving Conan Exiles a more polished feel. A map room was added, for example, to help assist with fast traveling all over the Exiled Lands. There's a wide assortment of different zones to explore, such as springs, mountains, deserts, frozen tundras, and more, with various characters to meet up with and quest for, and surprises to uncover. A new global event called The Purge is now affecting the land as well, which sends various creatures out after you to attack your base and wipe you off the map.

Sound like a world you want to get lost in? Check out the official launch trailer below!

Conan Exiles is available now on PC and consoles. Need assistance digging yourself out of the exile hole you found yourself in? Run, don't walk, over to the Official Conan Exiles wiki!