Path of Exile’s upcoming Challenge League, Incursion, centers around the ancient temple of Atzoatl. The temple has been lost in the jungle for thousands of years, but its hidden treasures remain intact. Don’t think this League is a simple treasure hunt, though; there’s more to it than exploring abandoned ruins. With a new friend aiding you in your journey, you’ll travel back in time to alter the temple’s construction and shape its history.

Alva Valai has dedicated her life to finding the temple of Atzoatl, and she’ll be your main contact for the Incursion Challenge League. You’ll find Alva once per Wraeclast area you visit, standing next to a Vaal marker stone. By spilling a vial of Vaal Blood on the stone, you’ll open a portal to the past. These portals, or Temporal Incursions, will allow you to travel back in time to a room in the temple when the structure was under construction. The power to shape the temple’s future layout now lies in your hands. 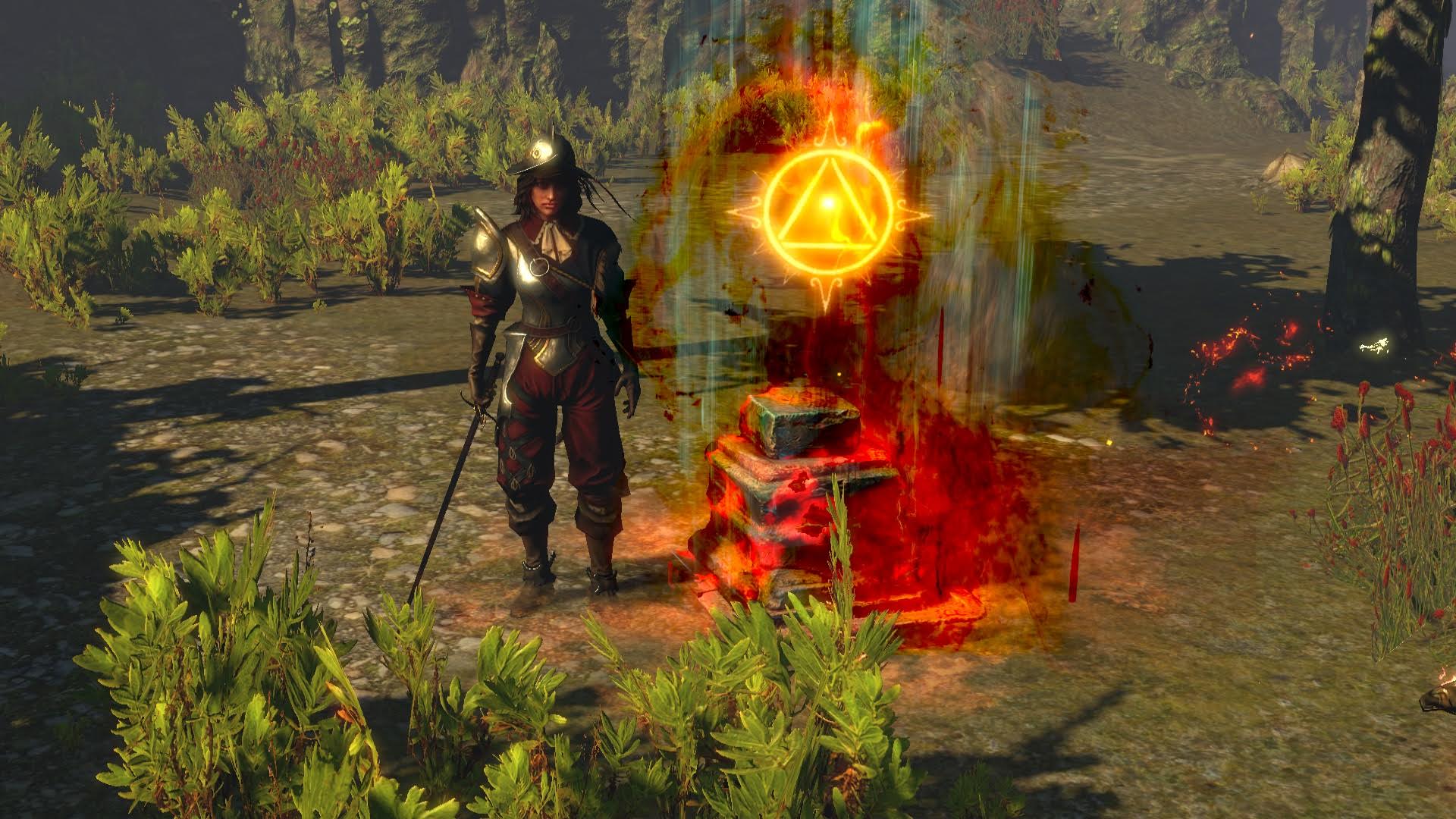 Alter the Course of History

When speaking to Alva at the Vaal marker stone, you’ll be able to see the layout of the Atzoatl temple. There are a variety of different rooms, each with different benefits and drawbacks that will impact your eventual visit to the present-day temple. For example, if the temple includes a Poison Garden room, the present-day structure will be plagued by poisonous plants that harm you as you step near them. After all, they’ve had thousands of years to grow... 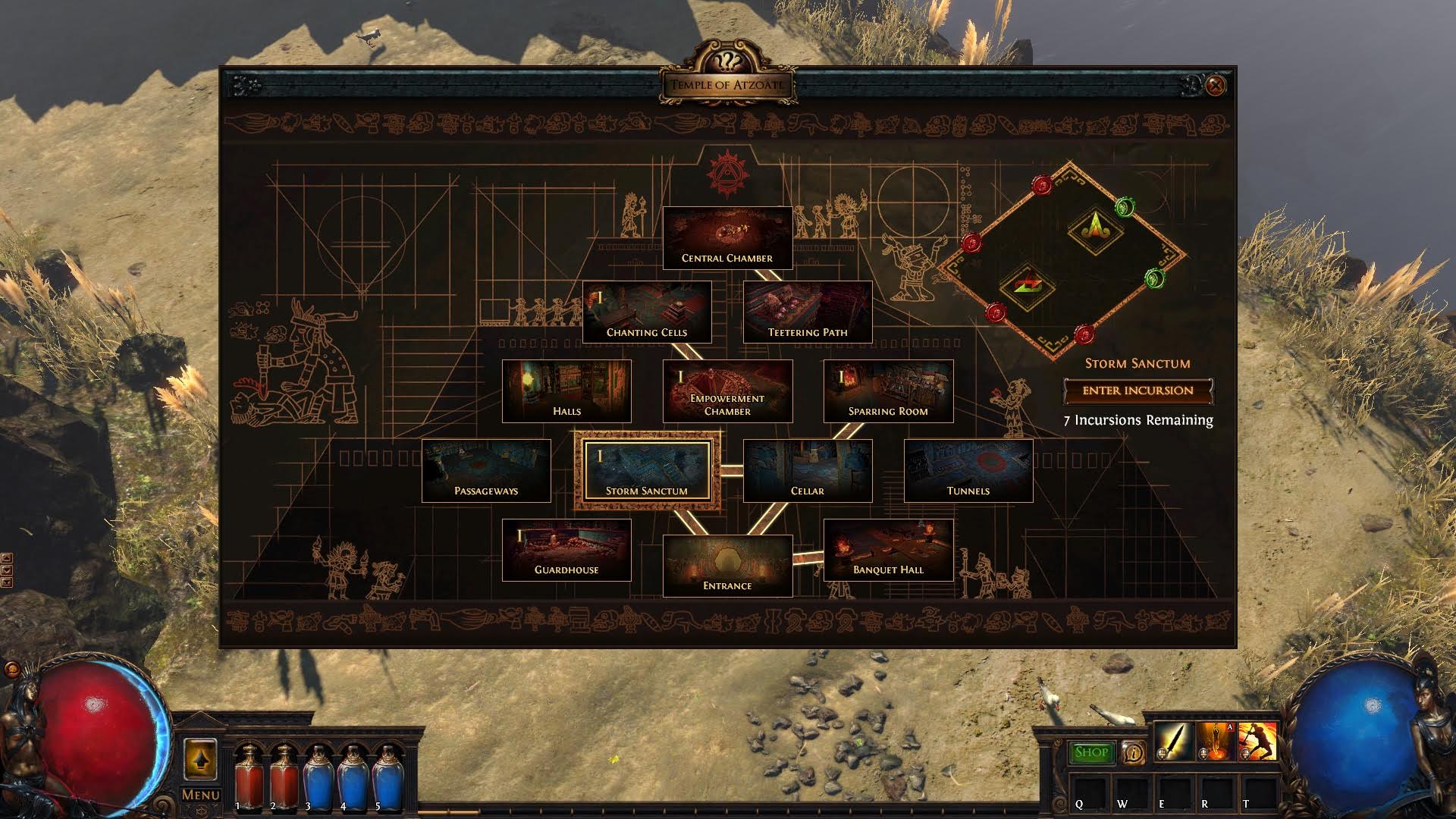 If poisonous plants aren’t your thing, don’t worry. By killing the room’s architect in your journey to the past, the room will be replaced by a different one, and the present-day temple will be freed from a botanical infection. However, this is Path of Exile, so there are clear benefits for those who seek out challenging encounters. If you decide to keep the Poison Garden room and level it to Tier 3, you’ll be guaranteed to receive a unique item, Apep’s Slumber. This item can only be found in Tier 3 of the Poison Garden room.

Each room has two architects and various doors to open. You’ll be able to open the doors via keys that drop from mobs in the room. Opening these doors creates paths in the present-day temple, so it’s important to be mindful of your future path through the ruins. Don’t cut yourself off from rooms you might want to explore! Especially the mysterious Central Chamber... 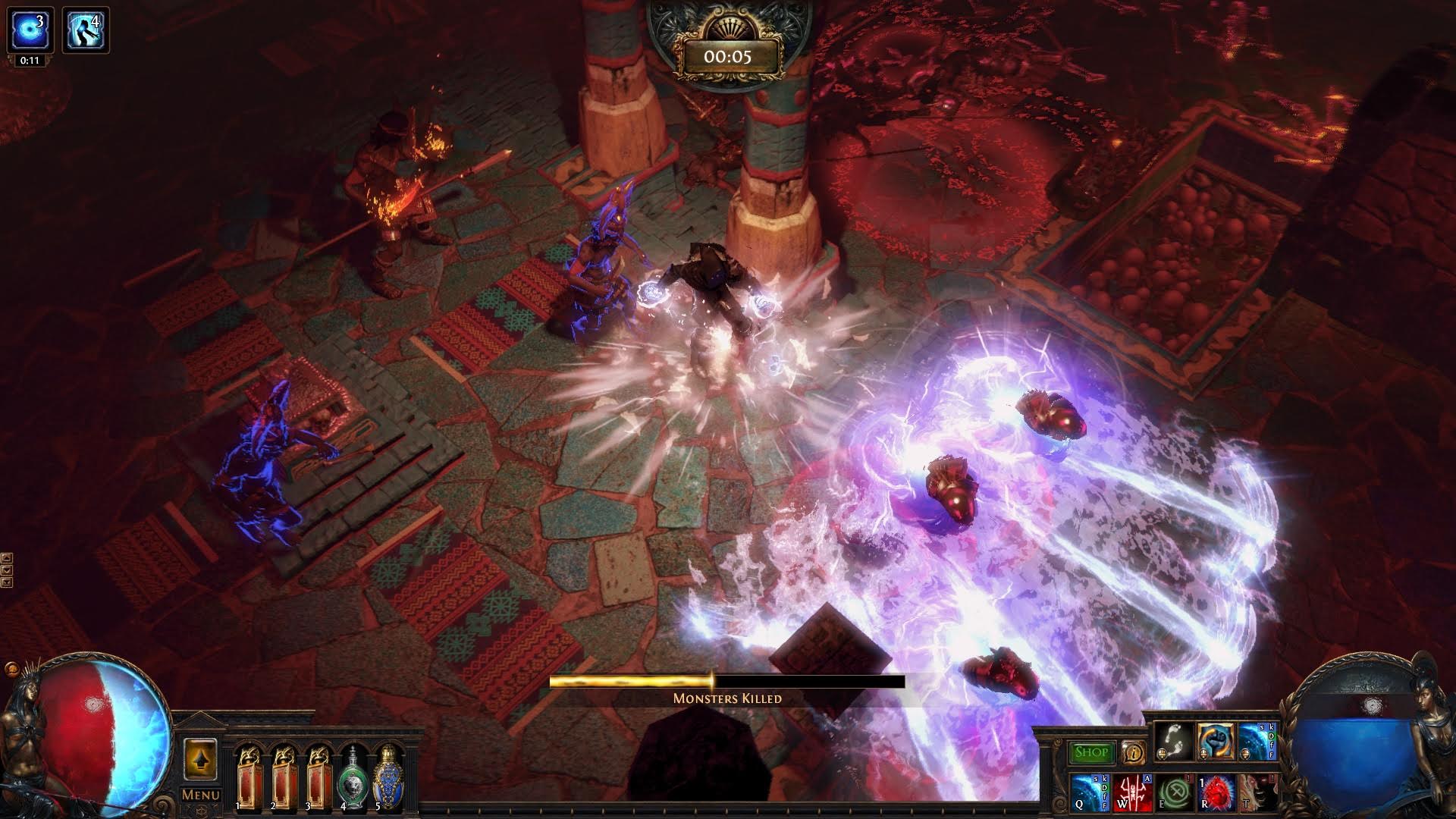 With each Temporal Incursion, you'll be racing the clock-- a concept Path of Exile players are all too familiar with. Once you enter the portal, you’ll start with only 10 seconds to explore the room, but you’ll gain more time for every mob you kill. If you’re worried about how you’re going to manage sifting through items in such a short amount of time, there’s no need to fret; all of the items from the temple room will be dropped next to Alva once you return from the Temporal Incursion. Your ultimate goal when clearing the rooms is to shape the present-day temple.

After 11 Incursions, Alva will be able to determine the location of the temple. Then, it’s time to journey into the jungle.

Reap the Benefits (or Face the Consequences)

After completing the required amount of Incursions, you’ll venture into the jungle to seek out the temple of Atzoatl. Alva will be with you, and you’ll be able to bring other players as well. The present-day version of the temple is not timed, so you can spend as long as you’d like exploring the temple that you helped shape.

Even though it might feel like you were just in the temple--contributing to its overall design by mercilessly slaying architects--thousands of years have passed, and the temple has aged significantly. You’ll have access to all of the rooms you unlocked in Temporal Incursions, and the difficulty of the monsters you’ll face will largely be determined by the rooms in the temple. For example, if you left a weapon-related room in the temple, be prepared to face monsters that are more well-equipped for combat. Additionally, the Empowering Room has the power to upgrade the difficulty of nearby rooms. As you travel through the various rooms, your ultimate goal is to head towards the temple’s Central Chamber.

We know very little of the Central Chamber. It’s said there’s a powerful enemy located inside, and-- just like most everything else in the temple-- this boss fight will be impacted by the rooms in the temple. 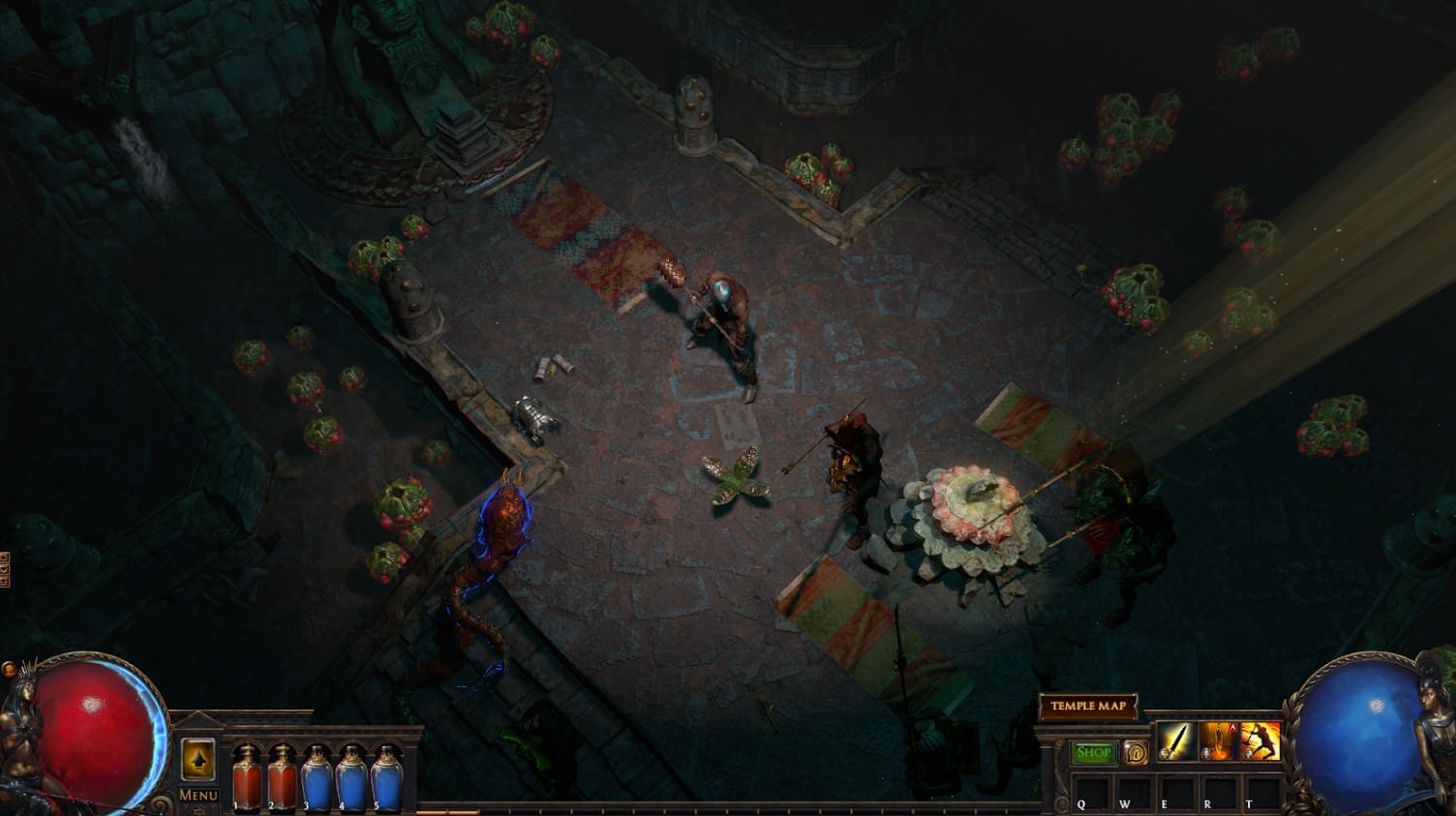 Then Do It All Again

This Challenge League comes with a high level of replayability. Skilled players will be able to complete the required Temporal Incursions and explore the present-day temple in about an hour, giving them the opportunity to start all over again.

The rooms in every temple will vary, so don’t expect the same layout over and over again. Additionally, there are several very rare rooms that you’ll need to keep your eye out for. You can explore dozens of temples and still encounter new content. There are even specific rooms that have machines capable of augmenting unique items, bringing them to a higher tier.

The Incursion Challenge League, along with the previously announced skill changes, will be available on June 1st for PC. The Xbox One release will happen within a week of the PC launch. For more information on Wraeclast, be sure to visit Gamepedia’s Path of Exile Wiki.