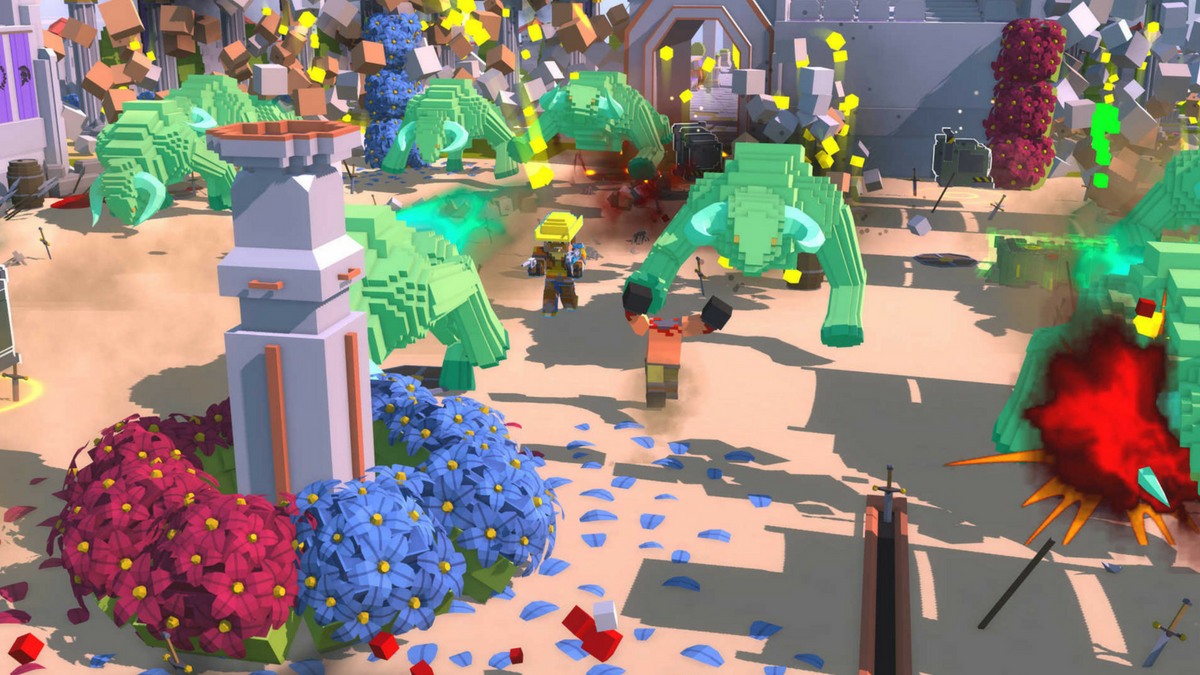 Are you ready for nonstop action that only gets better and harder the farther you progress in the game? That’s exactly what I Hate Running Backwards brings to the hybrid shoot 'em up and endless runner genre. The bombastic action game is actually a shmup created in reverse, with its developers having coined the term "shoot 'em down." That means you'll be backing away as you get into back-to-back enemy shootouts, destroying the environment, and panicking as you try to survive.

Choose from characters like Chux, Denzel, Shadow Warrior's Lo Wang, or Serious Sam himself as you backpedal through each level doing your absolute best to blow apart anything that approaches you. Set in the Serious Sam universe and starring Sam and his ragtag team of heroes, the game pits you against Ugh-Zan (also known as The Vicious Warlock) and Mental, the main antagonist of the Serious Sam series.

Before long you'll come to fully understand why the game is called I Hate Running Backwards, as terrain trips you up and you realize you're already about to die after being stuck on a few doorways you didn't know were coming. It's like running into the wall with your back, only a lot more frustrating, because you'll probably die afterward.

You'll progress through five different environments sporting Sand, Jungle, Medieval, Mines, and Greek themes, each with different bosses, and at the end Ugh-Zan is waiting in all his ugly glory. You've just got to stay alive long enough to earn additional Mojo, or experience, so you can level up and gain more perks. Yes, it's a top-down shooter, but it features roguelike elements that make it addictive in all the right ways as well.

Though there's an abundance of ways to fell your enemies as you destroy the area around you, watch out! You might get cursed by one of the various environmental traps out there, and you do't want that. Luckily there more than 30 different weapons, each with their own special twist, that can be used to make short work of anything that tries to hurt you. If the above sounds like a good way to spend a weekend, check out the game in-action below: