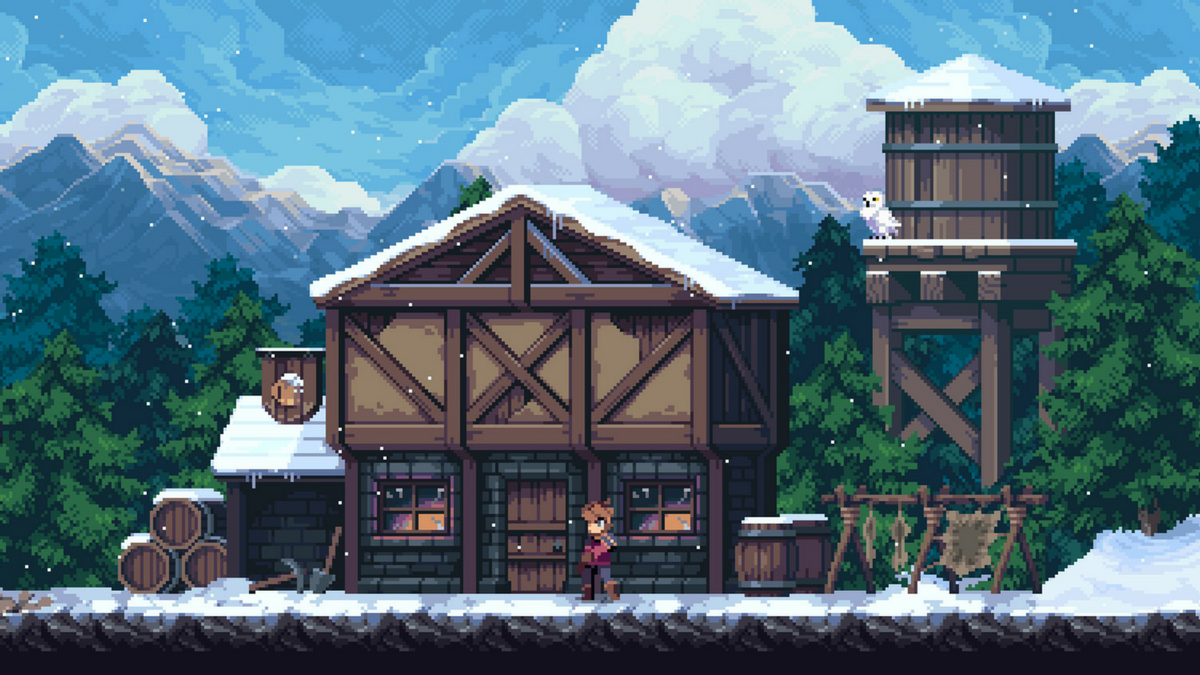 If you love the sense of adventure that comes with procedurally generated environments and love the simple elegance of the Metroidvania genre, you'll be thrilled to enter the world of Chasm, an action-adventure title where you take on the role of a new recruit who's just accepted their first mission on behalf of the Guildean Kingdom. You're set to investigate a series of strange rumors surrounding a mining town, where the townsfolk have disappeared, and in their place are a series of nasty monsters.

Obviously, it's also up to you to take those monsters down and restore peace to the Guildean Kingdom, while unraveling the mystery of what exactly happened to those poor, innocent townspeople. You don't just turn into monsters every day, after all. As you explore a variety of six different procedurally-generated areas created with hand-crafted pixel art, you'll square off against deadly enemies, pick up lots of shiny new equipment, and uncover a series unique rooms to be strung into a one-of-a-kind map that you won't see again when playing through Chasm.

You can customize your character's weapons, armor, and spells and unlock additional abilities as you fell bosses and discover powerful new ways to bend your enemies to your will. The whole theme of Chasm is keeping your hero's journey unique, so much like other games in the roguelikes out on the market, you'll come across some totally different setups each time you play. That certainly does add to the challenge!

Check out the sprite-infused trailer below!

Chasm is available now on Steam, PlayStation 4, and PS Vita. Be sure to check out our Official Chasm Wiki before striking out on your own adventure for some helpful tips and tricks!