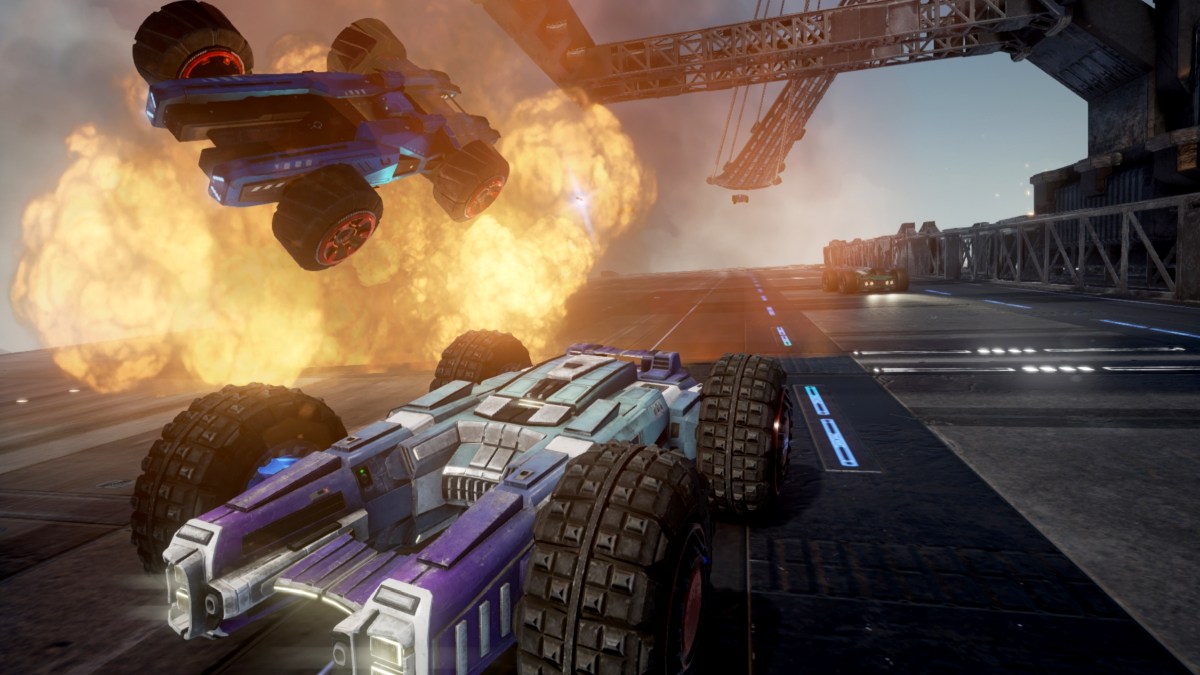 Remember Rollcage? This 90s deep cut, brought to life by the creators of other such classics like Wipeout and Lemmings, was a racer where the track literally came at you from all angles. You raced double-sided cars across exotic landscapes, while pelting other racers with heavy ordinance to a soundtrack that Blade would kill vampires to. Falling off of the track was equally as dangerous as getting stuck behind off road terrain. At the very least Wired Productions remembers, and figured "what better time than right now, in the Year of our Lord 2018, to bring that experience back?" And thus, GRIP: Combat Racing was born.

If you are one of the few that do remember this old school jam, GRIP will look very familiar. Everything from the topsy-turvy vehicles to the mind bending tracks are back and in stunning resolution. Visually, this game looks incredible and uses light, color, and textures well to deliver you a world full of wonder, even if you'll never have time to see it all. You have races to win, you know?

And to win these aforementioned contests, you have to go fast. Very fast. Like 767mph fast. I can't even imagine what that feels like without getting a bit of a headache. You don't just out-position or out-maneuver your opponents while riding on walls and ceilings either. Sometimes, you need to forcefully remove them with the assortment of weapons and powerups you'll find while traversing the track. If you want to skip making it to the finish line and just wreck people, there's an Arena Mode for that. If you want to test your stunt skills, the 19 point-to-point Carkour tracks will keep you occupied. This is truly more than just homage, it's an evolution.

See it in action here:

GRIP: Combat Racing is out now on Steam, PS4, Nintendo Switch, and Xbox One. For an added bonus, if you are an Xbox Game Pass subscriber, the game is now available on the service as well, so there's no excuse not to get out there on the track. If you need some guidance in getting your tires dirty, come to the Official GRIP: Combat Racing Wiki.