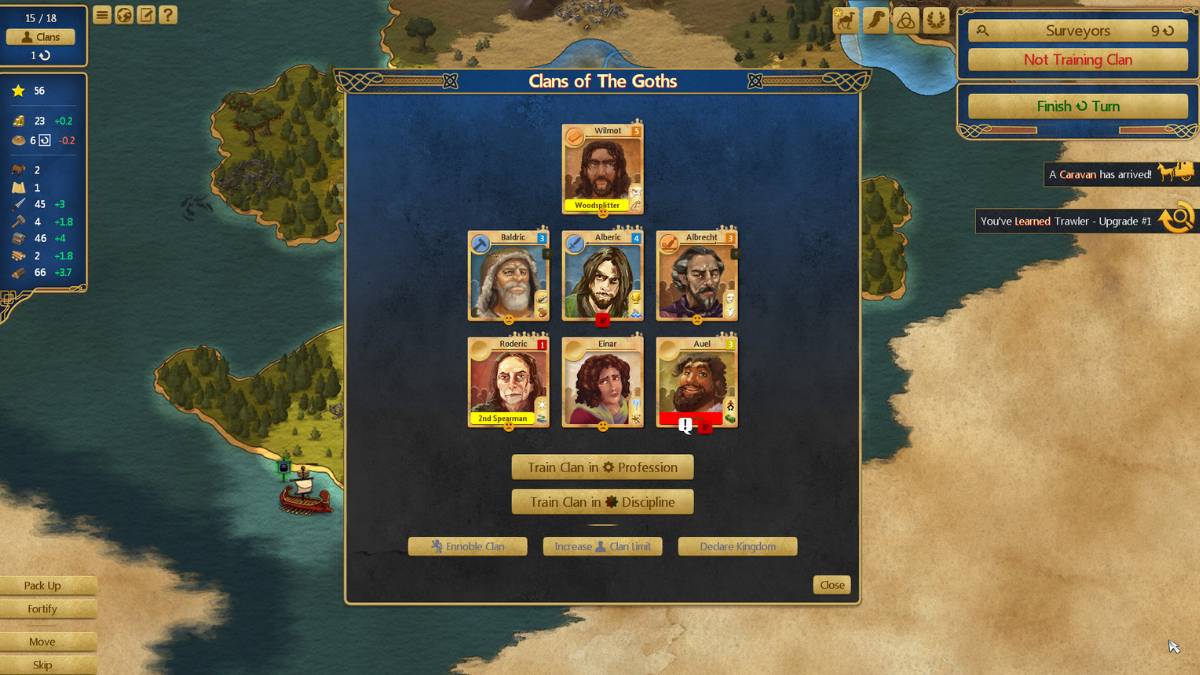 Looking for something more challenging in the realm of simulation games? At the Gates may be right up your alley!

This 4X strategy game comes from the mind of Jon Shafer, the designer of Civilization 5, and places you in the role of a Dark Age lord tasked with building a kingdom in the "shadow" of the remains of the Roman Empire. You'll have to explore the dangerous lands surrounding you, all while gathering resources so you can have the means to build up a powerful economic and military force the rest of the world will tremble at.

This means taking on several different challenges, so don't think the path ahead of you is going to be a simple one to follow. First, you'll have to deal with difficult weather patterns that change the landscape, which could mean the river you're dealing with one season could change into an icy barrier in another, causing new and unforeseen difficulties.

During all this, you'll have to take care of your clans, all the way down to managing their unique traits and desires, which can affect the flow of battle. It's your job to keep them fed and wanting for nothing as you struggle to survive the harshness of the winter and all the other hazards that pop up. All this, set against an awesome-looking watercolor-inspired landscape with eye-popping colors and details to keep you invested as you expand further out into the world.

Take a look at the game in action here:

Are you ready to rebuild after the collapse of Rome? At the Gates is available now on PC via Steam, so rally your forces and see what kind of formidable kingdom you can create. And if you need support, don't forget to head on over to the Official At the Gates Wiki for additional info about how you can be the best Dark Age lord you can be!