Last year proved to be a huge one for Path of Exile players, as the game received numerous content updates that changed and modified the game world in all kinds of new and exciting ways.

2019 will be no different. Releasing on March 8 for PC, Path of Exile’s newest challenge league, Synthesis, will see players crafting deadly dungeons using memory fragments while also adding new ways to modify and improve loot. Here’s what we learned in a recent preview from Grinding Gears Games. 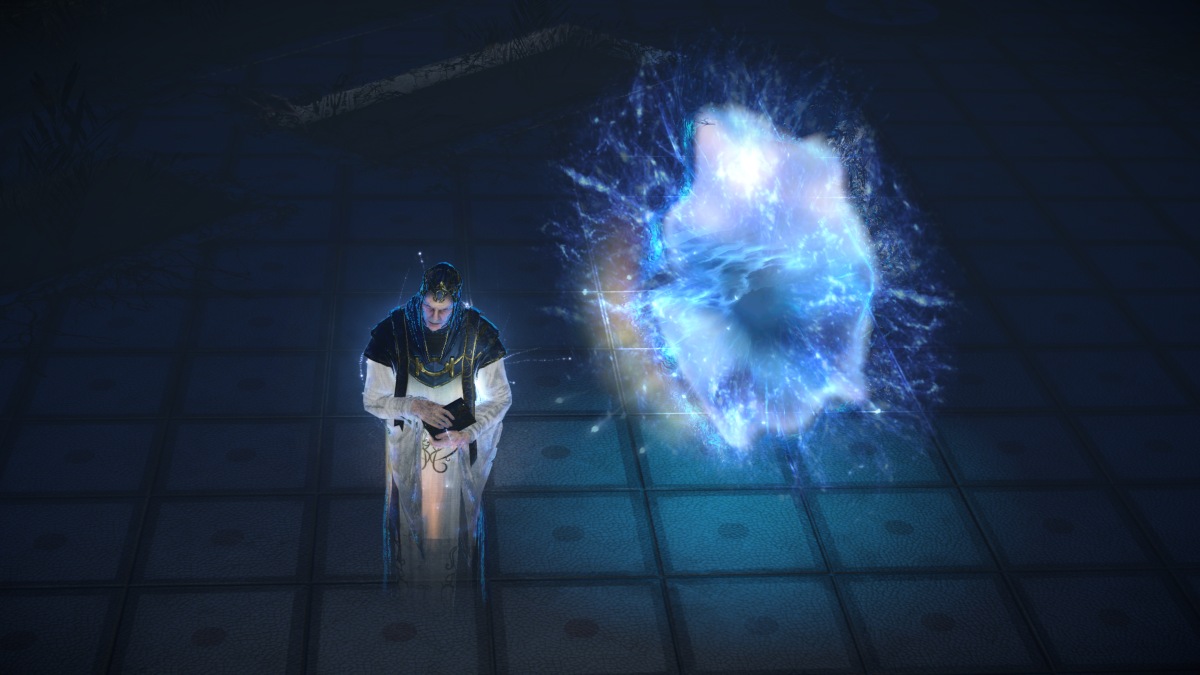 Leading up to the creation of this new challenge league, Grinding Gear Games managing director Chris Wilson says the team knew it wanted to focus on a character creating new maps for players to battle through. What the team decided on was to use memories as a framework to make that idea a reality.

Upon diving into the Synthesis challenge league, players will encounter a new NPC, Cavas. He’s a spirit who’s forgotten all his memories but is clearly an important figure, so players vow to aid him in restoring all that he’s forgotten.

While running through the world of Wraeclast, in each world area players will find memories from Cavas which must be stabilized. How does one stabilize a memory? By entering the dream-like memory world, battling hordes of enemies, and finding all of the memory’s stabilization points before time runs out and the memory collapses on itself. 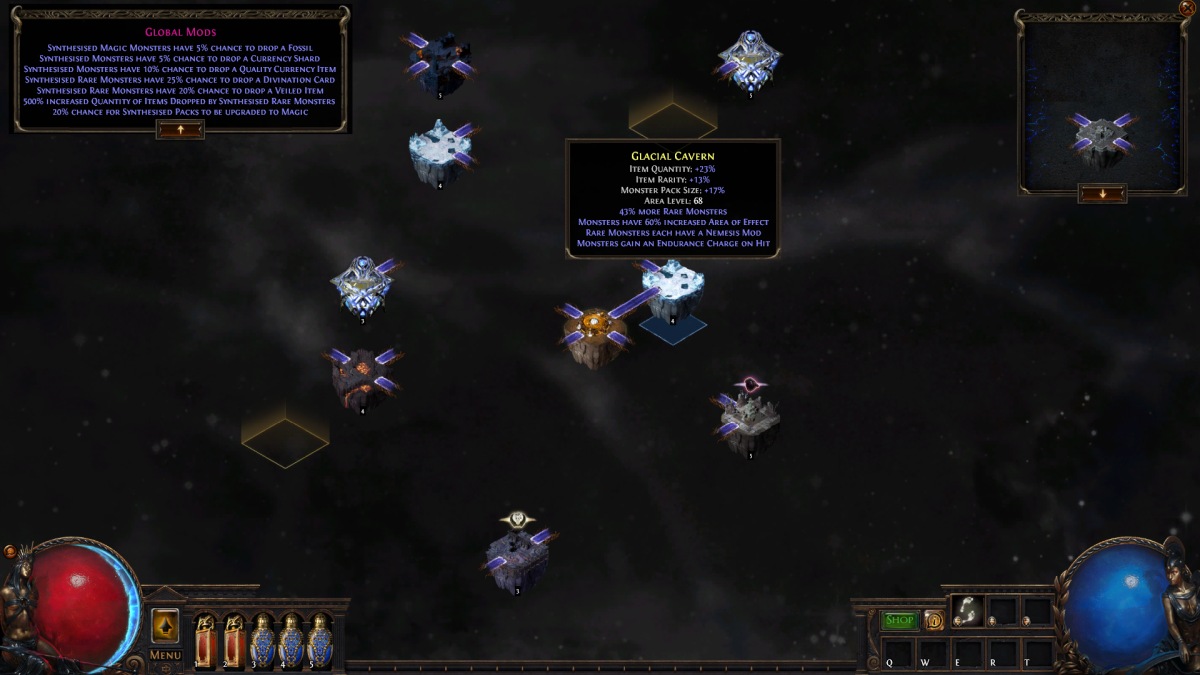 But that’s just the beginning. Conquering a memory will reward a memory fragment, which can then be used in the Memory Nexus to build an elaborate, almost board game-like dungeon for players to conquer and reap rewards from. By connecting these memories in a path and linking pre-existing memory nodes on the board, players can concoct some truly dangerous, and dangerously rewarding, dungeon runs. Wilson told us the team took inspiration from board games like Carcassonne and even Scrabble to create the idea of connecting various tiles together to maximize value.

However, as is the case with memories, these board game-like pieces fade over time. Each memory fragment can only be used a handful of times before it collapses, so players will regularly need to find new memory fragments to replenish their Memory Nexus board and create new paths. Adding to the complexity are memory amplifiers and global memory mods. Amplifiers may heavily mod a specific memory fragment in new (and often deadly) ways, while global modifiers will increase the challenge across all the memories currently in the Memory Nexus. For those looking for the greatest challenge and greatest rewards, using mods effectively will be the key to success. 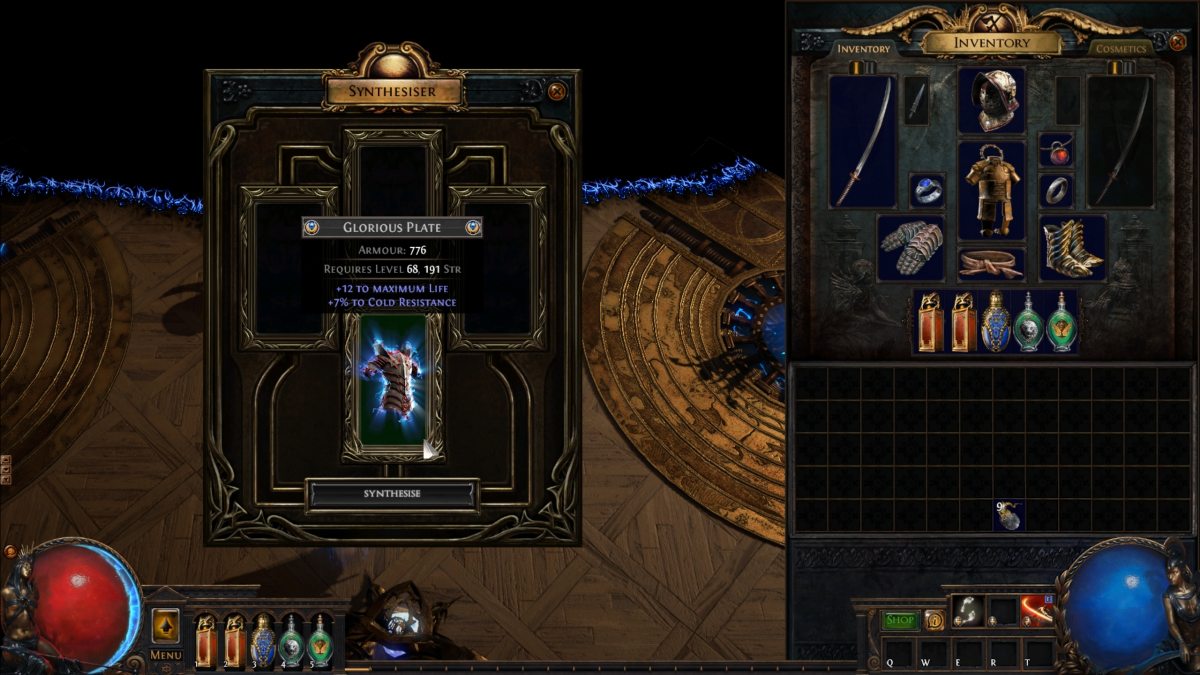 It’s not a new Path of Exile update without new ways to craft items, so of course that’s here too. While battling through memory fragments, players will discover fractured items. These items have been damaged due to the decaying nature of the memories they are found in, and as such some of their properties are locked in place and unable to be changed or removed in any way.

Normally that would be a bad thing, but the idea behind fractured items is to use them in the Synthesizer within the Memory Nexus to forge a powerful new items with the perfect mods locked in place. To do this, players will need to acquire three fractured items of a specific type, then use the synthesizer to forge them together into a brand new item of the same type. The implicit mods of the new item are based on the items consumed, but Grinding Gear Games isn’t saying exactly what the formula for which mods get chosen is. That will be up to players to discover and work out for themselves. 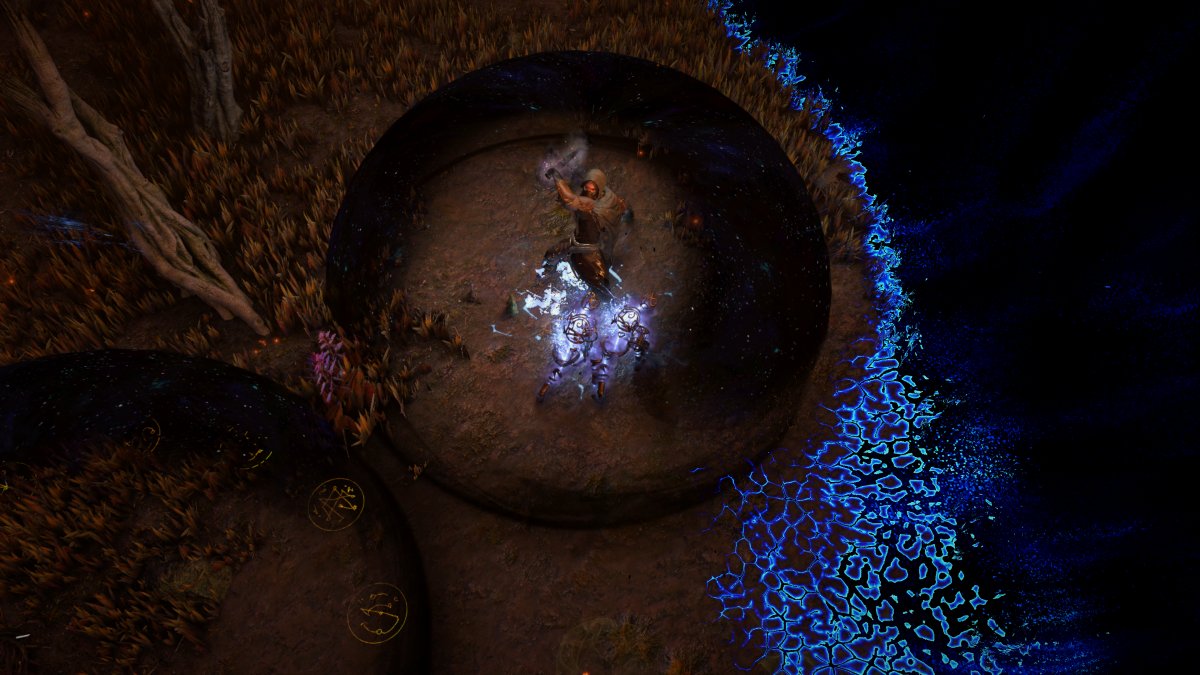 As with every new challenge league, Path of Exile: Synthesis will also be bringing with it a host of new items and balance changes. Moving forward, Grinding Gear Games wants to make sure each of the game’s unique items have interesting effects that dramatically alter gameplay. One of the 16 new unique items being added, The Eternity Shroud, triggers a time dilation bubble when players are hit, slowing enemies trapped inside and allowing players to re-position. It drastically alters the flow of combat and is a good example of the kind of game-changing unique items players can expect going forward.

Spellcasters will be seeing some huge changes in Synthesis. Handcasting will be seeing huge improvements in order to incentivize players to actually use their hands to cast spells, as opposed to using totems or traps. Building off the spellcasting changes, Synthesis will introduce six new primary damage spells across two new spellcasting archetypes, Chaos and Holy. One new Holy spell, Divine Ire, that damages enemies as it charges up. When released, it fires and impressive holy blast. On the Chaos side, players can try out the new Soulrend skill, which shoots out slow-moving homing projectiles that cause damage over time to nearby enemies.

And for fans of the game’s previous challenge league, you’ll be happy to learn that the content of Path of Exile: Betrayal will integrated into the core game, instead of going away after three months as is usually the case with most challenge leagues.

Path of Exile: Synthesis is going to be bringing some big changes, and that’s just the start of 2019 plans for Grinding Gear Games. Three more challenge leagues will be coming throughout the year, culminating in the first ever ExileCon in Auckland, New Zealand in November. It’s there Grinding Gear Games will talk even more on the future of the game, including a preview of what is being teased as a “mega-expansion” coming in 2020.

Path of Exile: Synthesis lands on March 8 for PC, March 11 for Xbox One, and mid-March for PlayStation 4 players. Be sure to check out the trailer above, and for more information on everything Path of Exile, be sure to visit the game’s Official Wiki. 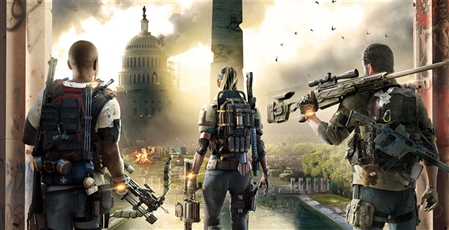