Despite a rocky launch and a slew of teething problems, Fallout 76’s team seems determined to keep the game alive. Apart from the usual optimizations and balancing changes, players exploring Appalachia will get to take a walk on the wild side: Over the next three months, Wild Appalachia, the first content drop for Fallout 76, will be added to the game, introducing new gameplay features, game modes, events, and even Vaults.

All content added to the game will be free of charge. 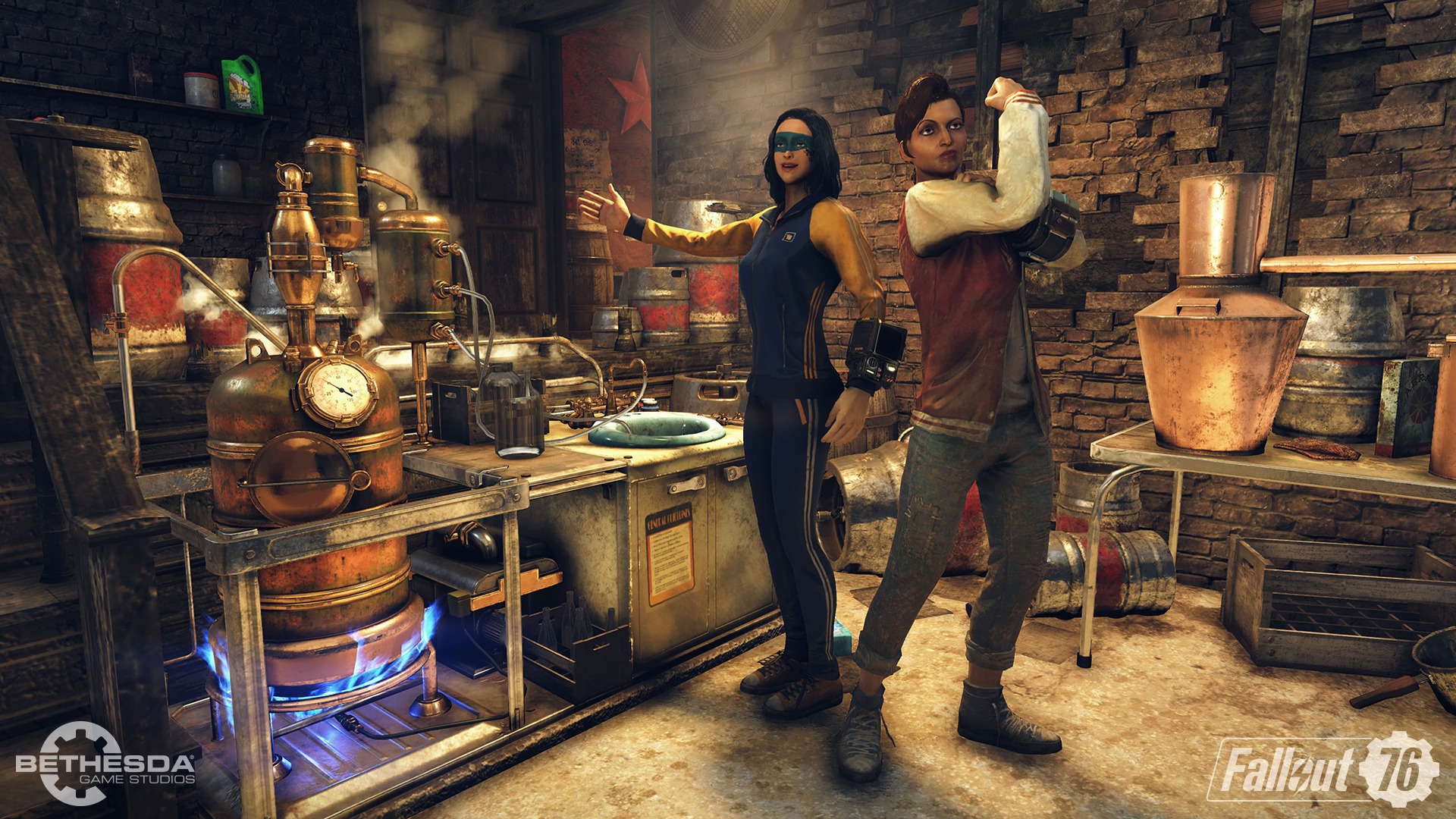 Building on the already robust cooking system present in the game, the new brewing station allows players to craft alcoholic beverages, including a broad variety of beers, wines, spirits, and mixing them into cocktails.

To gain access to the brewing system, players will need to complete Wasted on Nukashine, a quest available from a robotic bartender in a new speakeasy located in Morgantown, near Vault-Tec University. Apart from teaching how to build a brewing station and craft Nukashine, Biv the bartender will also hand out repeatable daily quests to learn new crafting recipes and experiment with various mixes prepared by Biv.

Also coming in the update is a new aging mechanic, allowing qualifying drinks to gain new properties as they mature. This applies to wines and spirits, whose vintage variants offer more powerful bonuses. Although beers require fermenting, they do not have vintage variants. To help speed up the process, players gain access to the fermenter, which reduces the wait times necessary for brewing to complete.

The final addition is a little reminder that power comes at a price: Consuming alcoholic drinks will result in a a hangover. 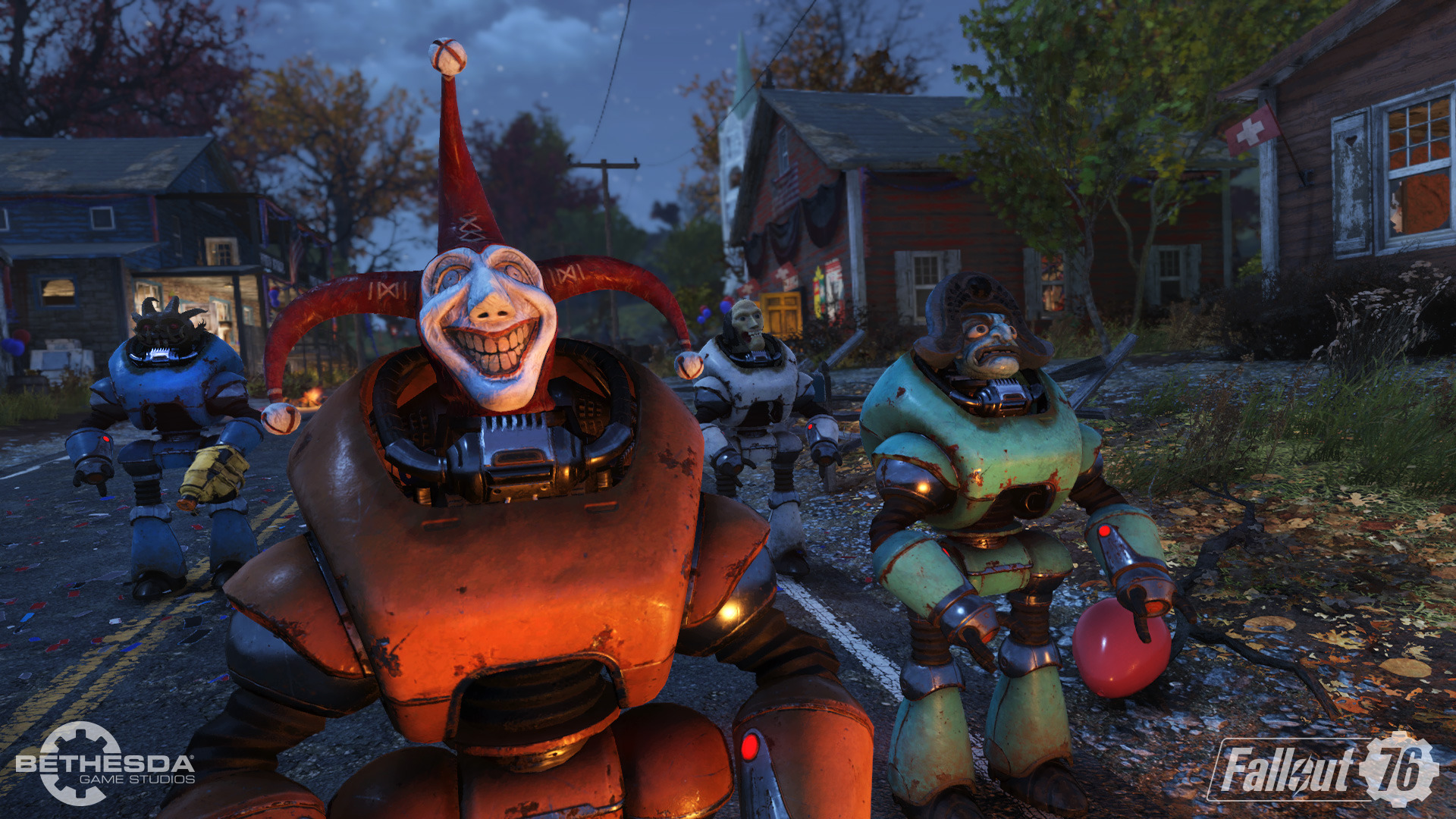 The first seasonal event in Fallout 76, the Fasnacht parade takes place in Helvetia, the historical village of Swiss immigrants settled in the 19th century. Although humanity went the way of the Dodo in Appalachia, the robotic caretakers continue their work and this historical village is no exception.

Players will have to speak to the Master of Ceremonies starting on March 19 and help prepare the town for the parade, which will include a number of tasks, ranging from playing music on the stage to exterminating insects that seek to disturb the festivities. Once the preparations are finished, all that’s left is the parade of Protectrons wearing the traditional Fasnacht masks.

Naturally, since this is a Wild Appalachia, ornery wildlife will try to break the parade up, and it’s up to the players to keep the sturdy Protectrons alive until it’s time to burn Old Man Winter’s effigy. The more of them survive, the higher the chances of receiving rare masks at the conclusion of the quest.

These unique masks are special headgear items that can only be received during the Fasnacht event and are given out randomly depending on how well players performed against the Appalachian fauna.

The event will not last forever either: Players have until March 26 to grab the masks and witness Helvetia’s traditional festival.

OK, But What is Fasnacht?

Tied to its Swiss roots, Helvetia’s Fasnacht celebrations draw on the Christian traditions of the Swabian-Alemannic Fastnacht. The event is celebrated in Switzerland, Alsace, Voralberg and southern regions of Germany, traditional settlement areas of the Germanic tribes of Swabians and Alemanns, and of course, in Helvetia.

Fasnacht represents the last indulgence before the start of Christian Lent. These include food, drink, music, and of course, colorful parades full of traditional masks and costumes representing representing aspects of spring, winter, life, death, and everything in between. The largest celebrations occur in Europe, with the grandest taking place in Basel, Switzerland. The Fasnacht carnival effectively shuts down the city for three straight days and is made even more unique by the fact it takes place after Ash Wednesday, when the great fasting is supposed to be underway.

In West Virginia, the celebrations depart from the European in several ways. Perhaps the most important feature is the emphasis on banishing Old Man Winter: Helvetians fashion masks and decorations to scare the eponymous spirit of winter away and hasten the arrival of spring. The celebrations culminate in the burning of an effigy representing Old Man Winter. 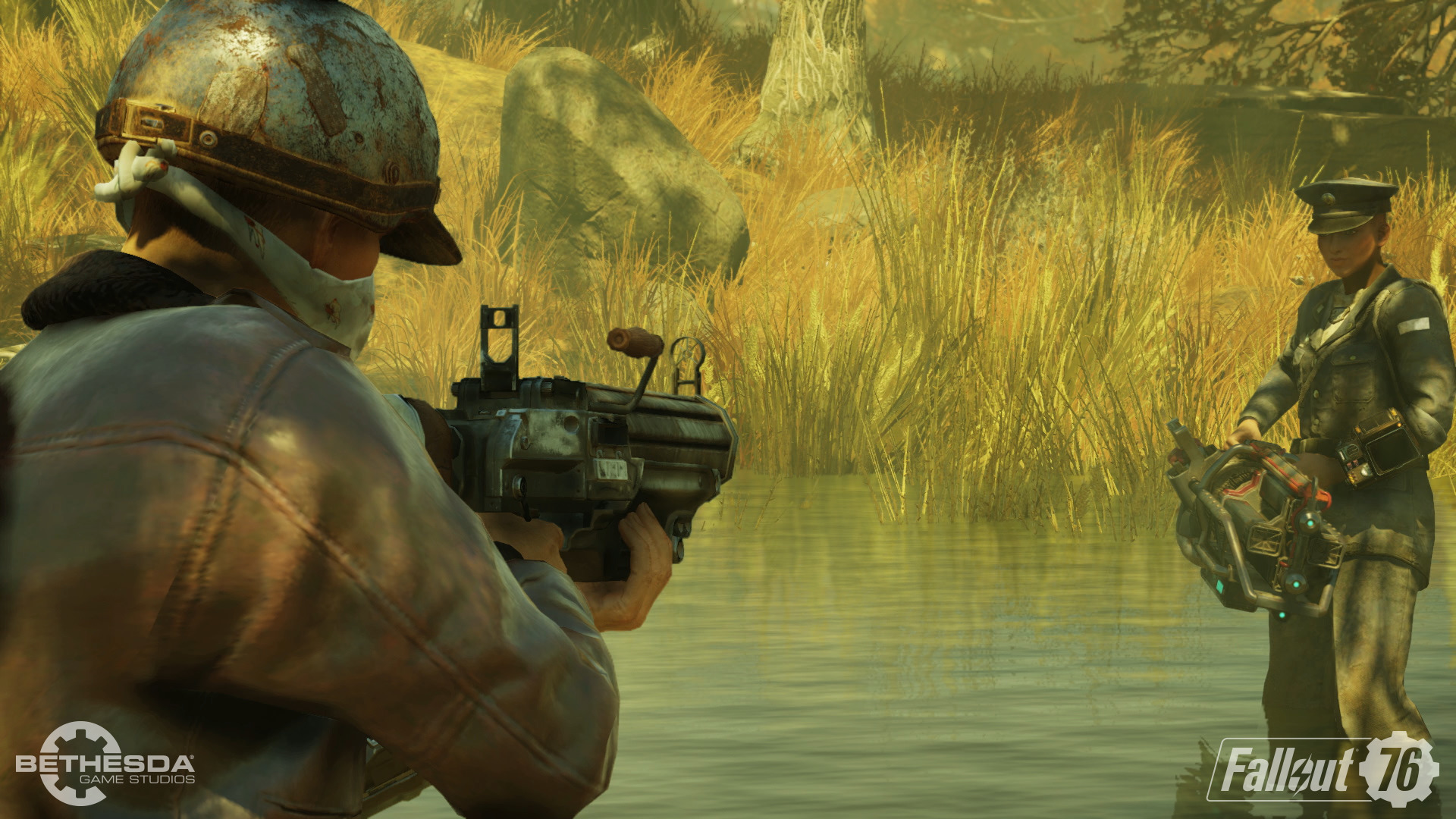 The last March addition is the first new mode to grace Fallout 76 is the long awaited unrestricted Player vs. Player mode, Survival. In this mode, players deal full damage to each other at all times. In return, they earn double caps for PvP kills. Defeated players also drop some of their consumables in addition to junk items. To prevent revenge respawns, players will only be able to respawn at their C.A.M.P. or Vault 76.

Notably, there’s no need to create a separate character for Survival. They are shared between modes, so it’s perfectly possible to hop into Adventure for a breather or to get away from persistent stalkers.

Survival Mode will be a beta release and its features will continue to be tweaked according to player feedback.

Braved Appalachia's challenges or just fresh out of Vault 76? Check out The Vault's Fallout 76 portal for tips, tricks, and in-depth lore coverage.

Save Alfheim From Darkness and Despair in Eternity: The Last Unicorn