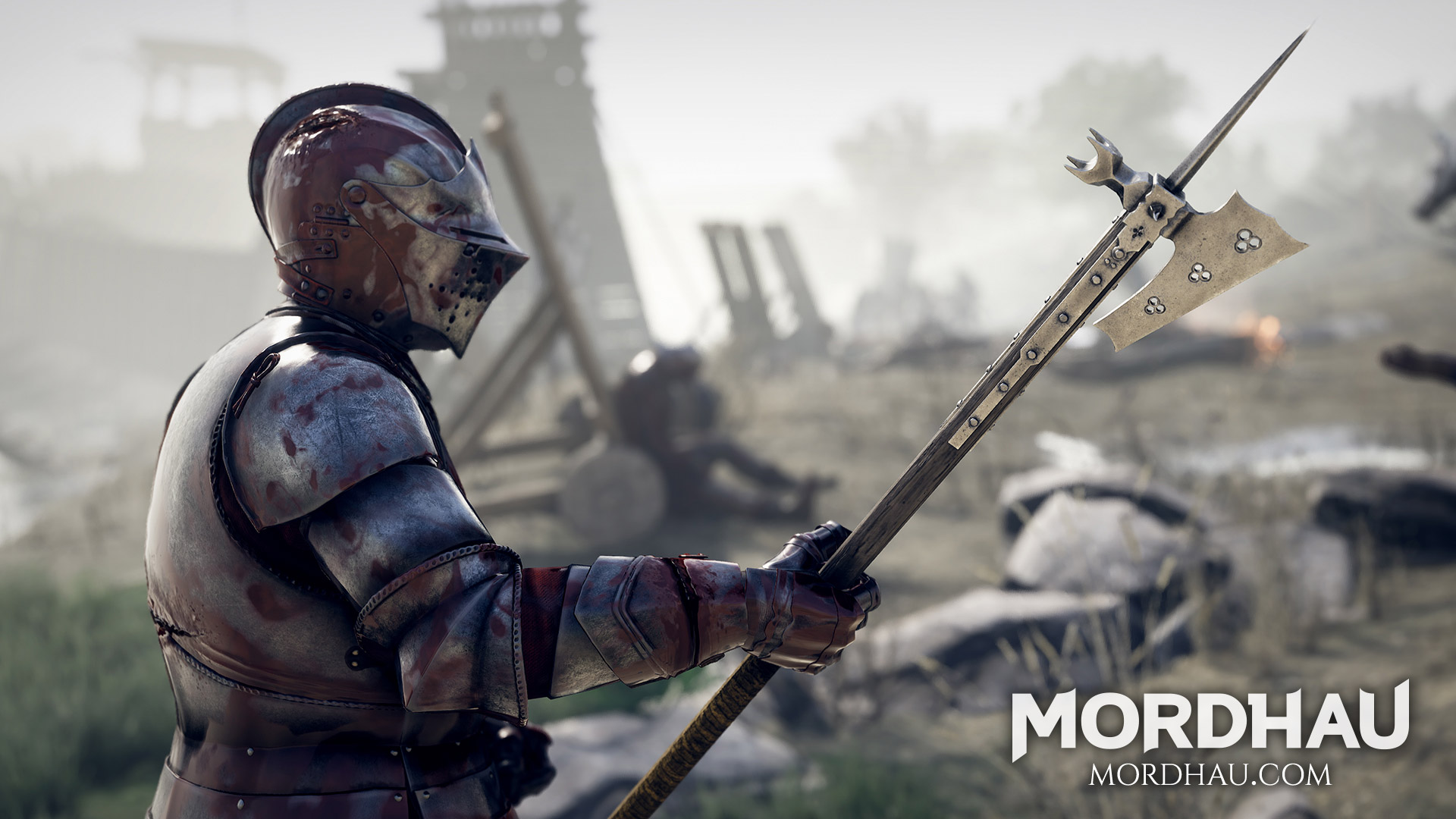 There exists a competition where folks dawn armor, grab shields and blunted swords, and beat the crap out of each other. Something about experience of doing close combat the way the old Europeans did it ages ago. There’s an appeal to swing a big sword to slay the enemy with. Something even valiant about it, according to my reptile brain. That curiosity dies as soon as I remember that the people you’d be hitting with swords will probably hit me back.

I think i’ll get my swordsmanship kick elsewhere. Maybe in the form of Mordhau, the multiplayer, medieval, melee game by new developer, Triternion. From a successful Kickstarter campaign, to a long alpha test, Mordhau is ready to charge its way to a full launch. 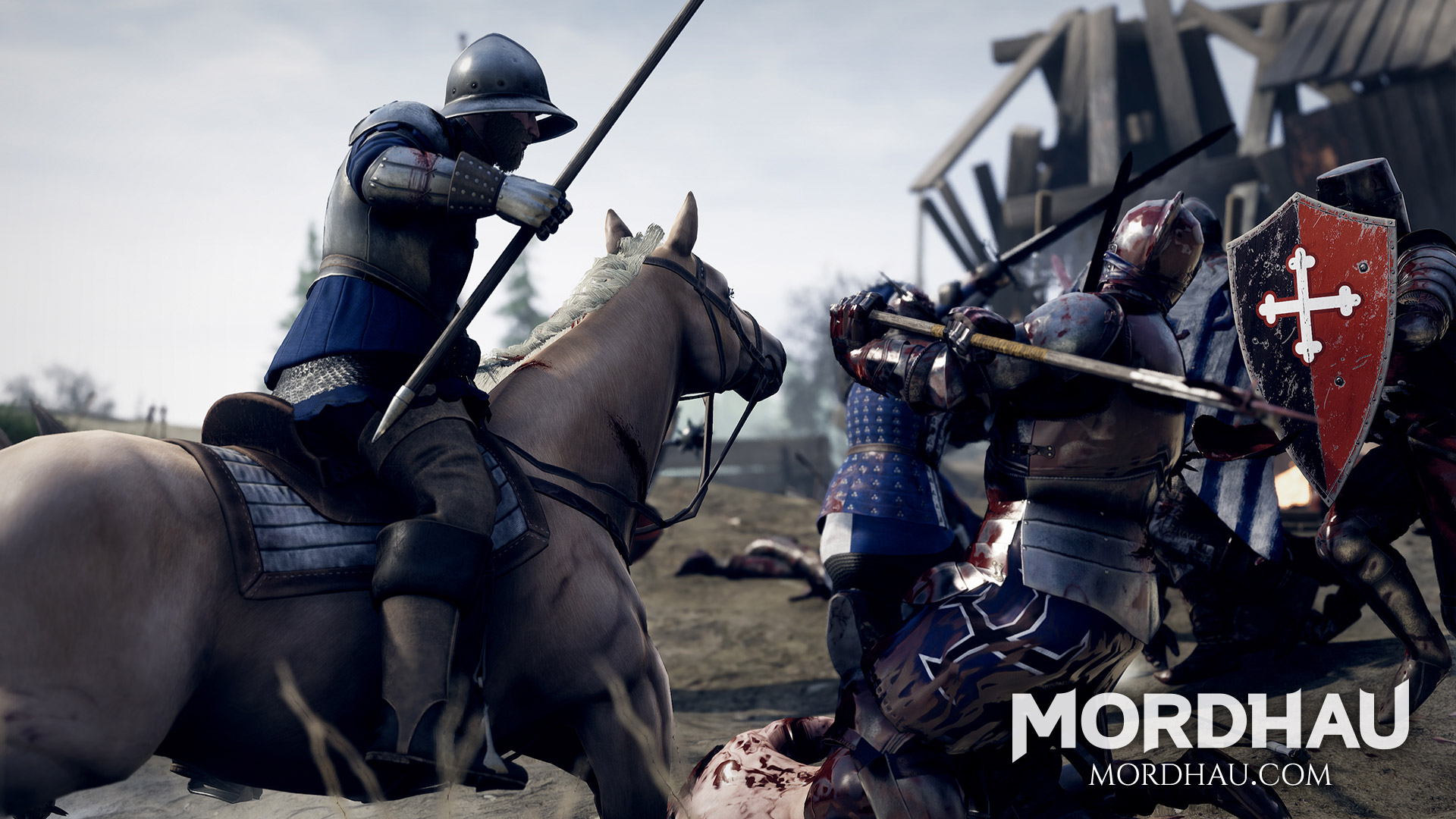 Heavily customize your fighters with a myriad of different pieces of armor and clothing from various different nations and time periods. The dozens of weapon types can all be customized with different sorts of heads, hilts, blades, grips, woodgrains, etc. There will be many swords like it, but the one you make is yours.

From there, storm into battles of up to 64 players, in massive brawls or narrowed down to small-scale duels. Some of the bigger activities happen in the Frontline mode, which includes calvary charges and sieging castles with catapults. There’s also a version of a horde mode that has you outlasting waves of CPU opponents. There’s even an battle royale mode! 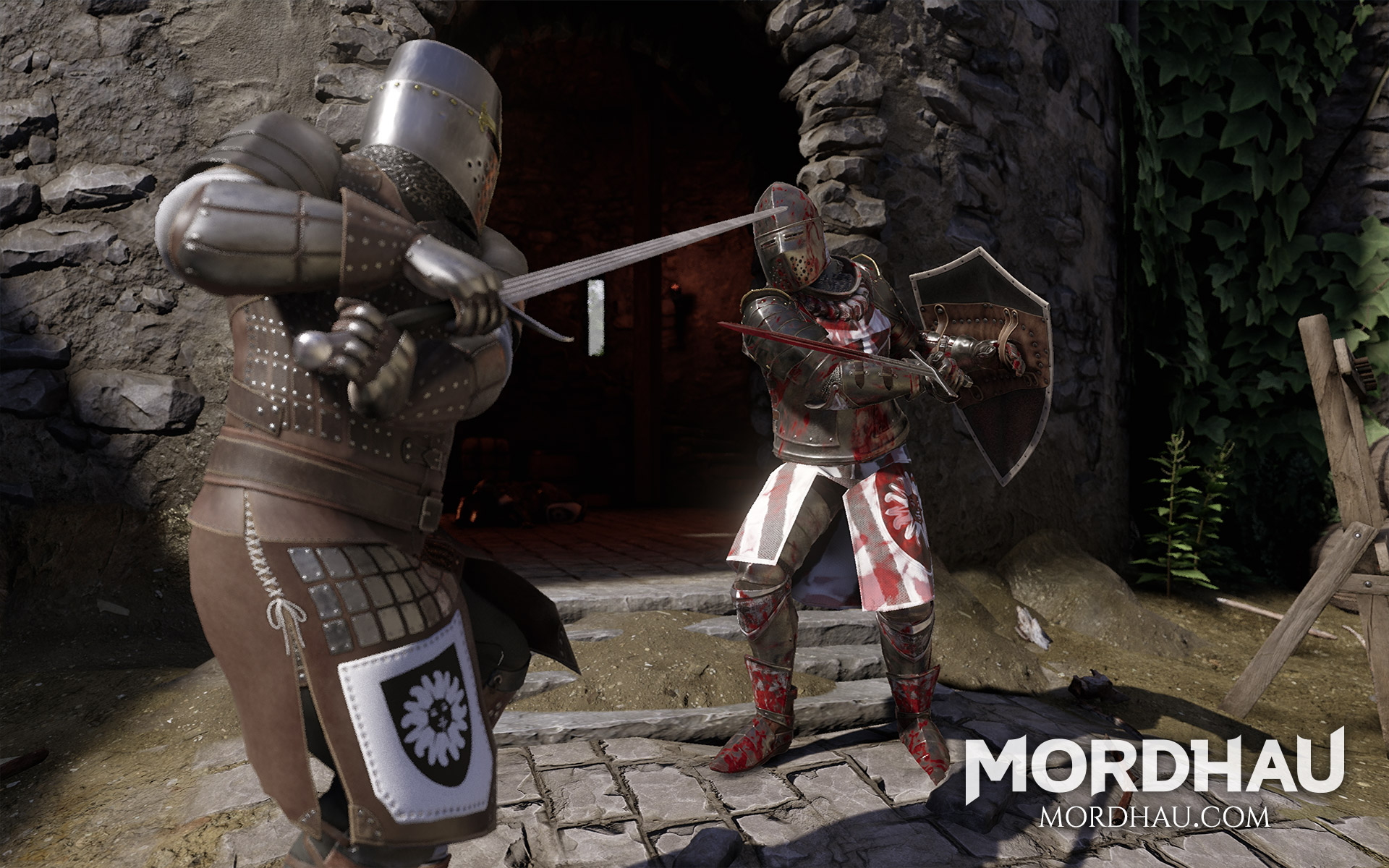 The third person/first person combat looks like a more brutal Chivalry or Mount and Blade. Lancing enemies off of horses looks and sounds particularly malignant. Big weapon swings can de-limb in one motion if enemies aren’t careful with their blocks and parries. Also, I legitimately laughed out loud when I saw a guy throw a sword at another guy in the trailer.

A trailer you can watch right here:

Mordhau releases today on Steam! For more info on how to unlock your inner medieval warrior, come to our Mordhau wiki!