One of 2017’s most varied and colorful games is getting bigger and more colorful! Praised for its variety, writing, and constantly evolving gameplay, A Hat in Time hit the market in October 2017, after a tremendously successful Kickstarter campaign that raised ten times its original budget. The core game released to glowing praise from gamers and just slightly less enthusiastic reception by critics, and became one of the most serious contenders for the title of the true heir to Mario 64’s legacy.

The first piece of downloadable content, Seal the Deal, was not as well received as the core game. Despite offering a new chapter, new difficulty level (for those who find pleasure in pain), six new time rifts, and a ton of cosmetic additions, the new cooperative mode seemed to dampen the experience. The culprit? The unstable camera coupled with the underlying peculiarities of split-screen coop.

The new DLC builds on the lessons learned from the Seal. It is a dual release, consisting of two distinct parts. 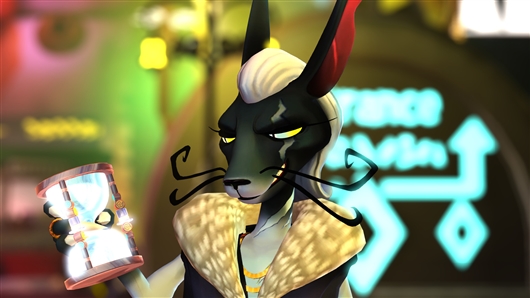 The first is Nyakuza Metro, adding a new chapter for player to explore, set in the eponymous Nyakuza Metro. Players will join the infamous Nyakuza and get the opportunity to get filthy rich through means as illegal as they are profitable. Nothing ventured, nothing gained, or so they say.

The new chapter will add ten new time pieces, a new weapon, the baseball bat, a new purple time rift, the Rumbi Factory, and a slew of additional cosmetic options, including flairs, filters, badges, dyes, and a new feature, stickers. These can be attached to weapons, used with the camera badge, and as emotes.

The slew of added customization options will come in handy in the second part of the DLC, the Online Party. As the name suggests, this mode will allow players to enjoy the adventure with friends and strangers alike, through the miracle of the Internet! Or rather, Steam Networking: Gears for Breakfast was able to enable online play by leveraging the upcoming Steam Networking API 2.0, thanks to beta access provided by Valve. All online play will be routed through Steam, allowing for seamless online play (we hope). 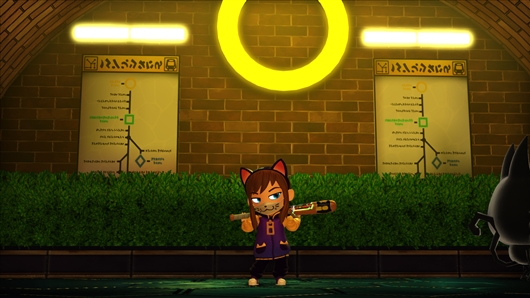 The Party allows for groups of up to 50 players to play together by typing in the name of a Steam group they share and is aimed primarily at Steam friends. This mode allows them to creatively mess with each other using the various tools given to the players, and of course, clear time rifts together. The Public mode comes separately and allows for playing with up to three other players all of whom can see each other, but cannot affect each other.

To limit griefing, Gears for Breakfast deliberately disabled automatic synchronization of some game features. The DLC is available on Steam and the Humble Store for $6.99/5,69€/£5.19. Kickstarter backers receive the DLC for free, with keys sent by e-mail.

Looking to brush-up on A Hat in Time or just starting your adventure in the world of the Hat Kid? Check out our A Hat in Time Wiki!