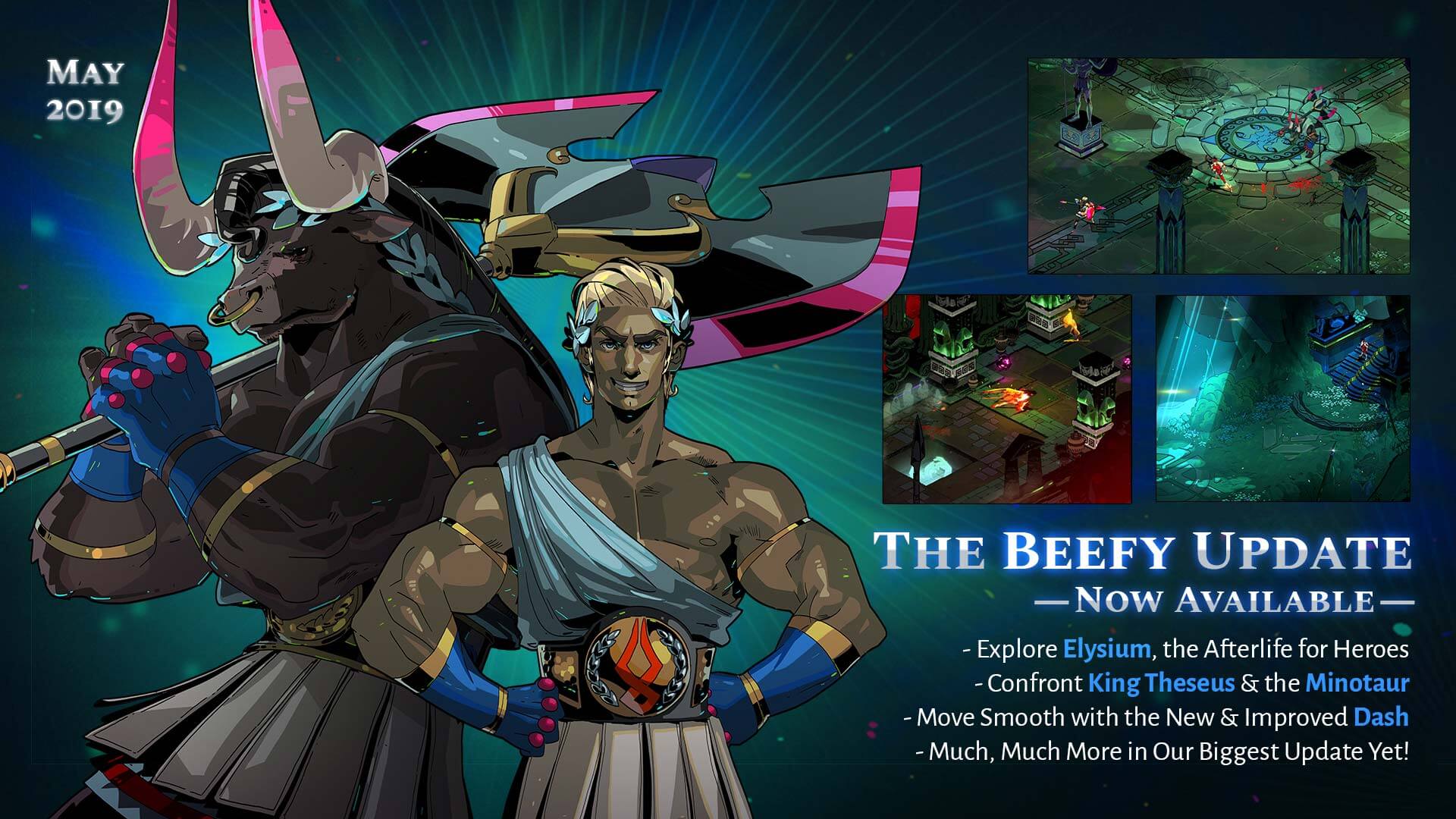 The fourth major update for Hades is now available! This update offers players a new area to explore, the new Theseus and Minotaur boss encounter, a redesigned dash, and countless balance changes! This is the largest update to the game yet, and is aptly named "The Beefy Update."

Elysium is a new biome added to the Underworld, available after defeating the Bone Hydra in Asphodel. This is the first new biome added to the game since the game launched into early access, and artistically is a breath of fresh air compared to both Asphodel and Tartarus. In Greek mythology, Elysium was a place where gods, heroes, and those deemed worthy would happy life after death. This mythology is reflected in Hades with new enemies that have been added. 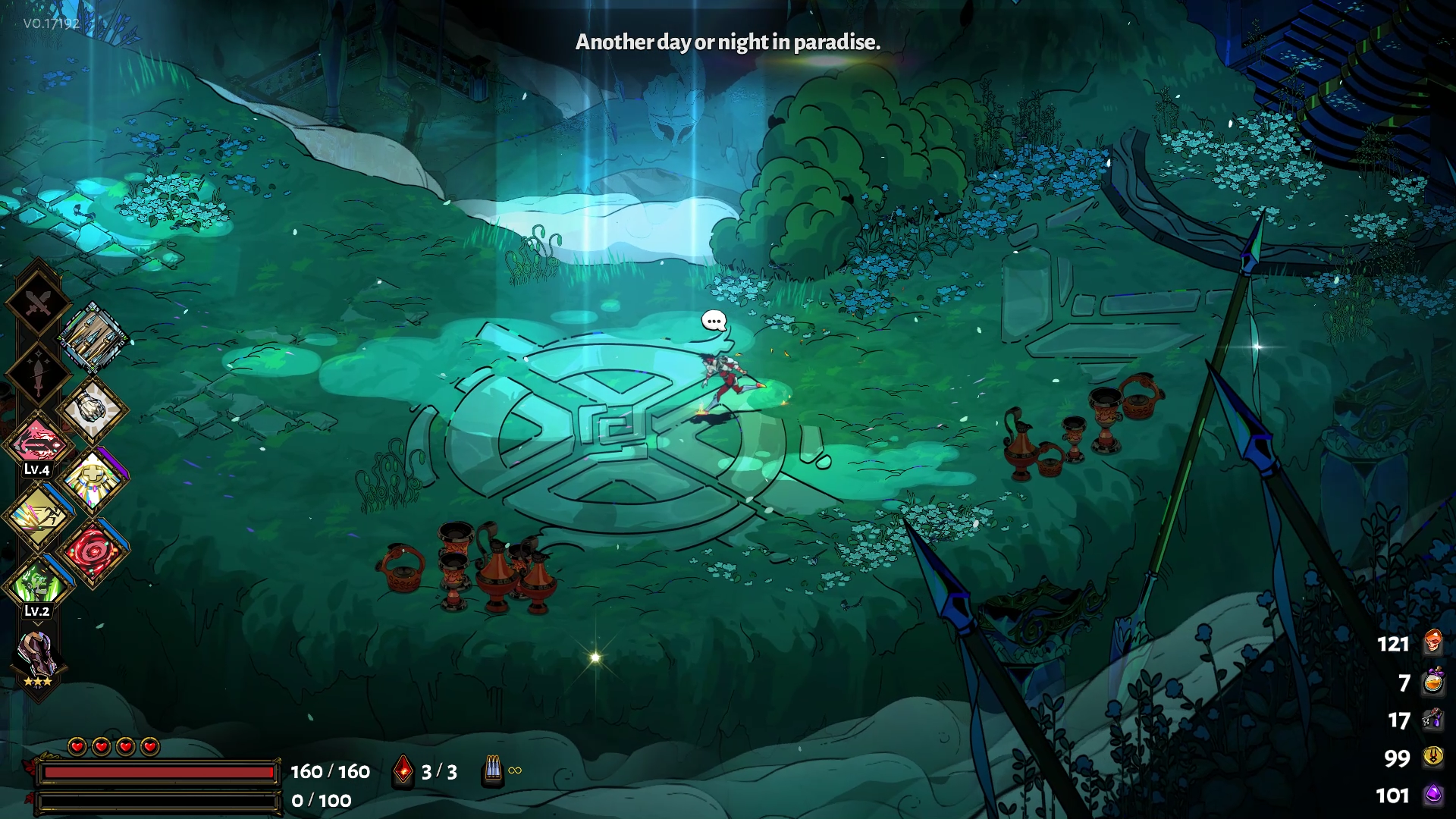 The Exalted are ancient heroes that provide a significant challenge for players. Wielding bows, shields, and large spears, the Exalted attack with deadly precision. Once defeated, a spirit of the Exalted will spawn nearby and attempt to return to its weapon, and doing so will cause the Exalted to re-spawn. Players will need to destroy this spirit before it reaches the weapon in order to prevent the re-spawn from occurring. These new enemies in combination with new environmental traps and effects offer players a refreshing new biome to explore in an already fantastic game. 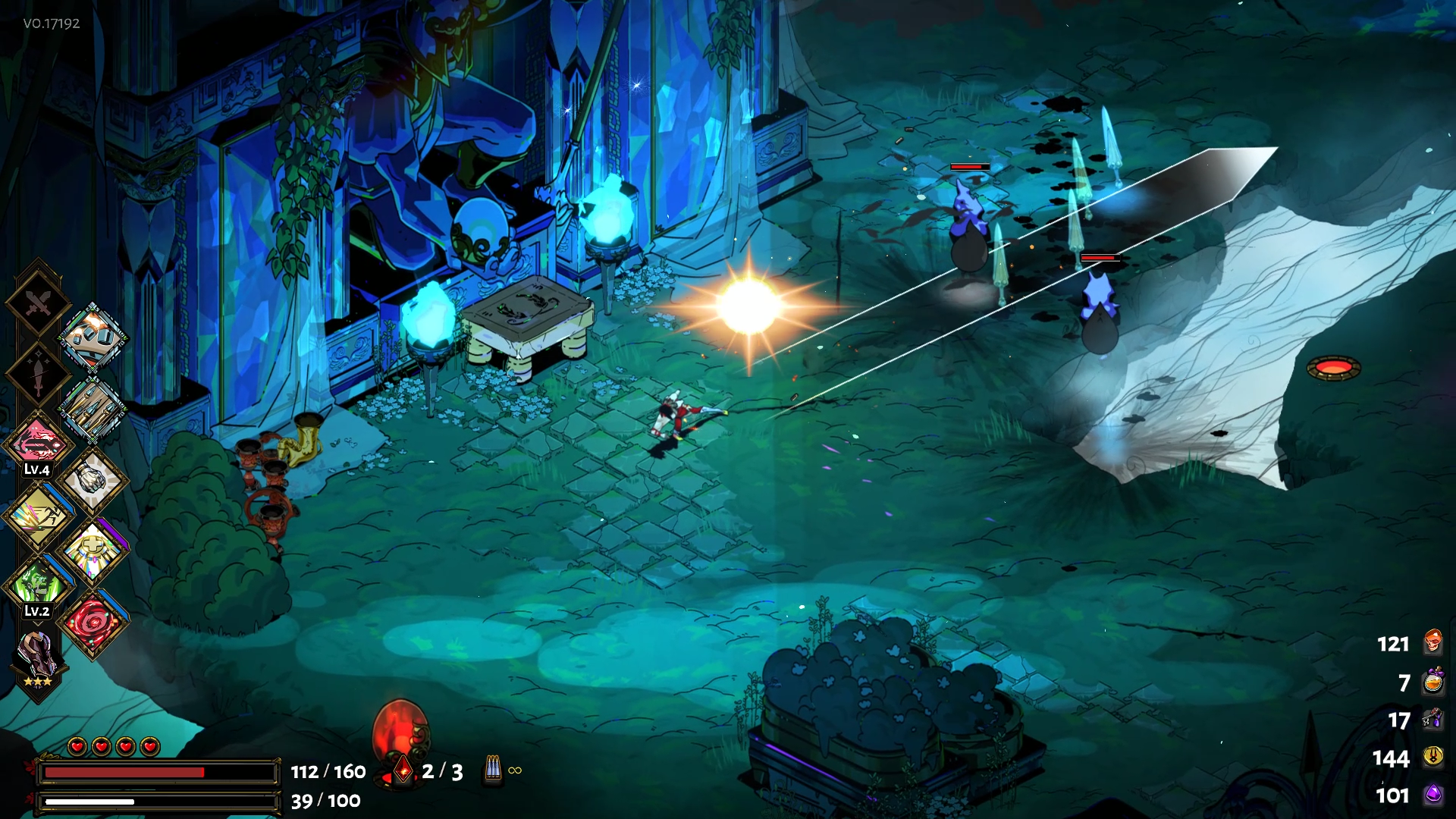 Theseus and the Minotaur have been added into Hades as the new end-boss for the available content. Reaching these two will require players to battle all the way through Tartarus, Asphodel, and Elysium--defeating each of the existing bosses along the way. Upon reaching the chamber for Theseus and the Minotaur, Theseus will make a claim that Zagreus is there to distract him from his goals. From there, players will need to fight both of the bosses at once, and the choice of which boss to kill first will depend on how players will want to handle fight mechanics.

Theseus will use his spear to charge up ranged attacks, and will use his shield to block incoming damage. Theseus also has a spin attack, similar to that which Zagreus has when using the Eternal Spear. Upon reaching 50% health, Theseus will call on one of the gods to provide him with a new ability for the remaining 50% of his life. For example, Dionysus may help Theseus which causes small damaging zones to spawn throughout the fight. 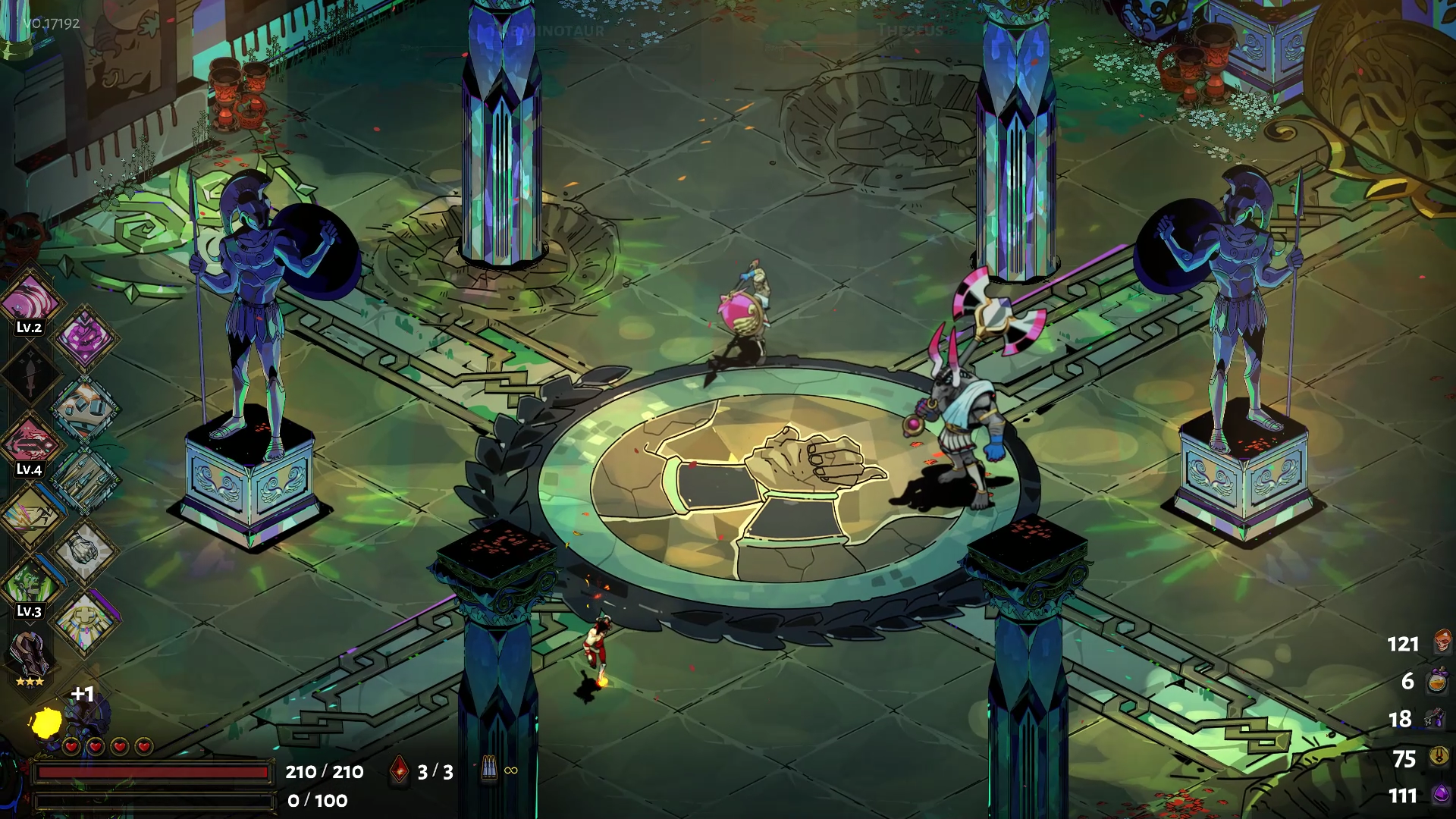 The Broken Spearpoint has the effect of giving players 0.25 seconds of immunity after receiving damage, with each subsequent rank increasing the immunity time. Immunity frames, such as those provided by this keepsake, are not a new concept to action games such as Hades, and without this keepsake it's possible to take a very large amount of burst damage from several attacks all at once. For players looking to reduce the impact of burst damage against them, the Broken Spearpoint keepsake should be a perfect fit for their builds. 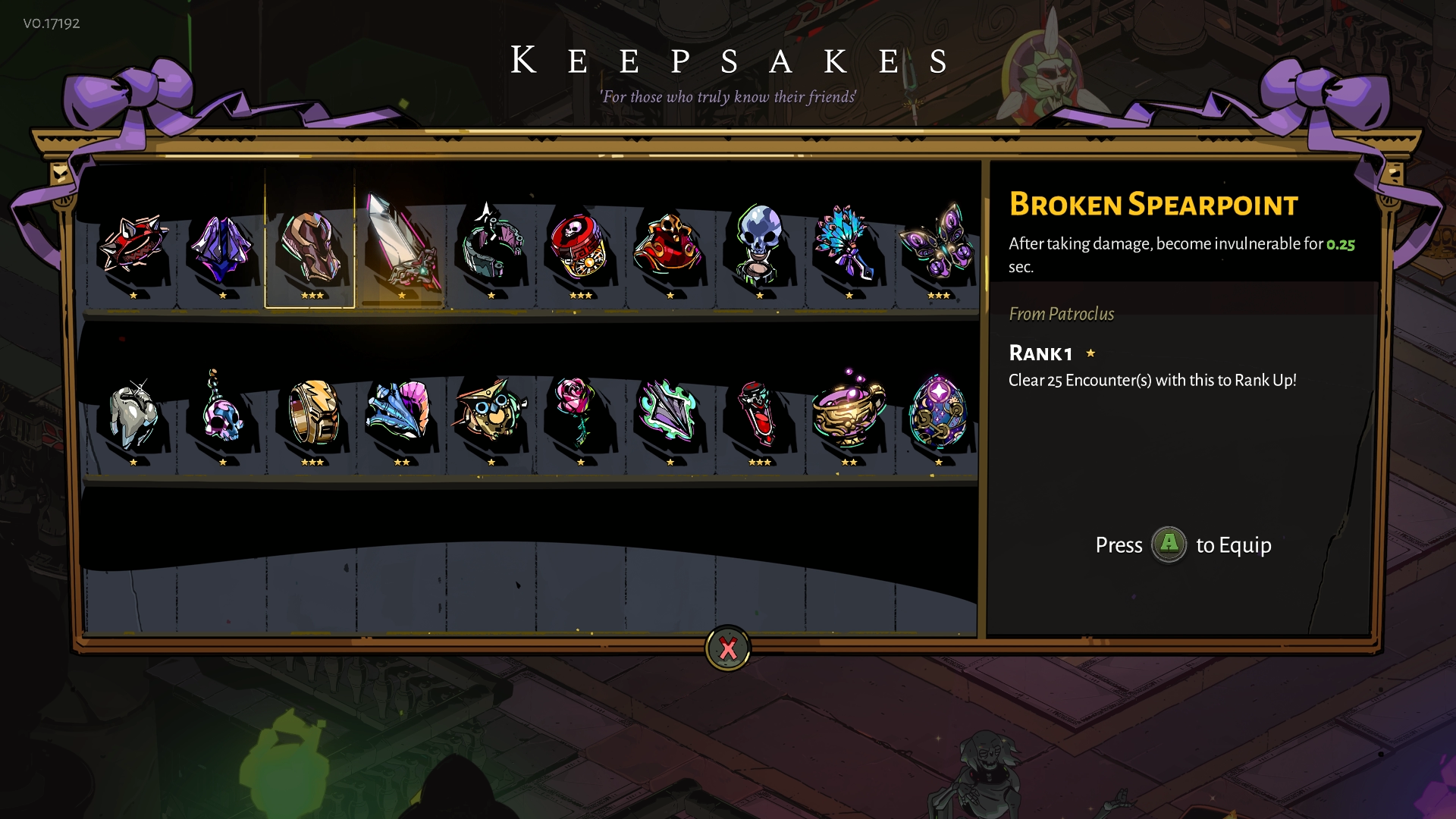 The Beefy Update for Hades has been the best update yet, providing a large amount of playable content and extending the life of the game significantly. Supergiant has returned to their ~30 day update schedule following this update, and players who exhaust the new content from this update will not have to wait long for even more content to explore! For more information on Hades, be sure to visit our Wiki here!