Developed by Uroborus Games and produced by Lazy Bear Games (the studio behind Punch Club and Graveyard Keeper), Swag & Sorcery is an RPG where you manage your own fantasy village and equip your heroes with swag that you either create or find! It's your quest to retrieve the king's missing suit, because he likes it and wants it back. After all, the game is called Swag and Sorcery, so we really shouldn't expect anything less. 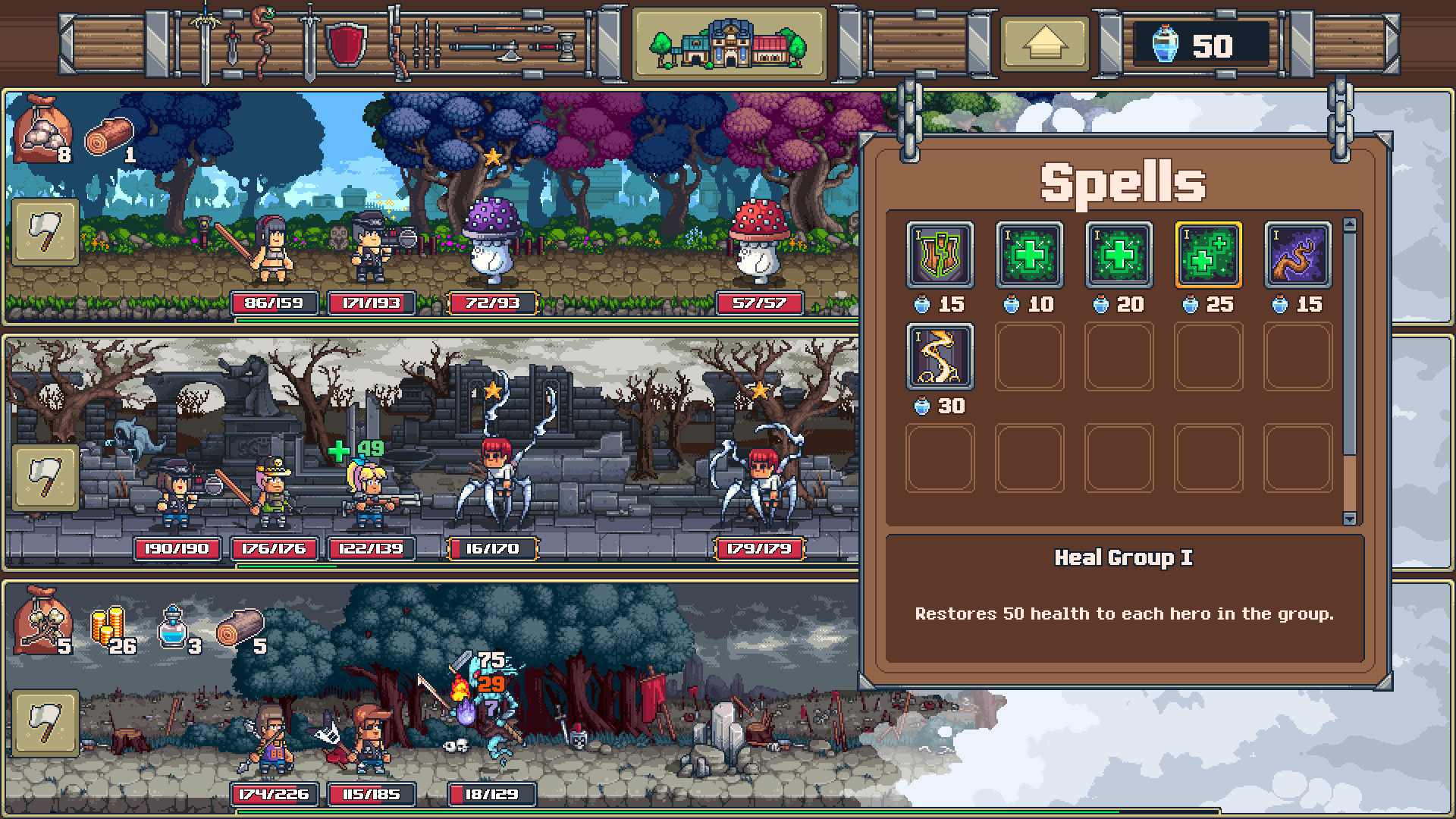 In Swag & Sorcery, you will send a group of heroes out on an crusades. These heroes will progress through a linear set of encounters, and during these encounters you may assist the heroes by casting spells that either harm the enemies they are fighting, or aiding the heroes through healing. These heroes also have potions and other items that can be consumed when needed. For the most part, your heroes will micro-manage themselves, which is a relief considering you can have up to three parties out on crusades at any given time! 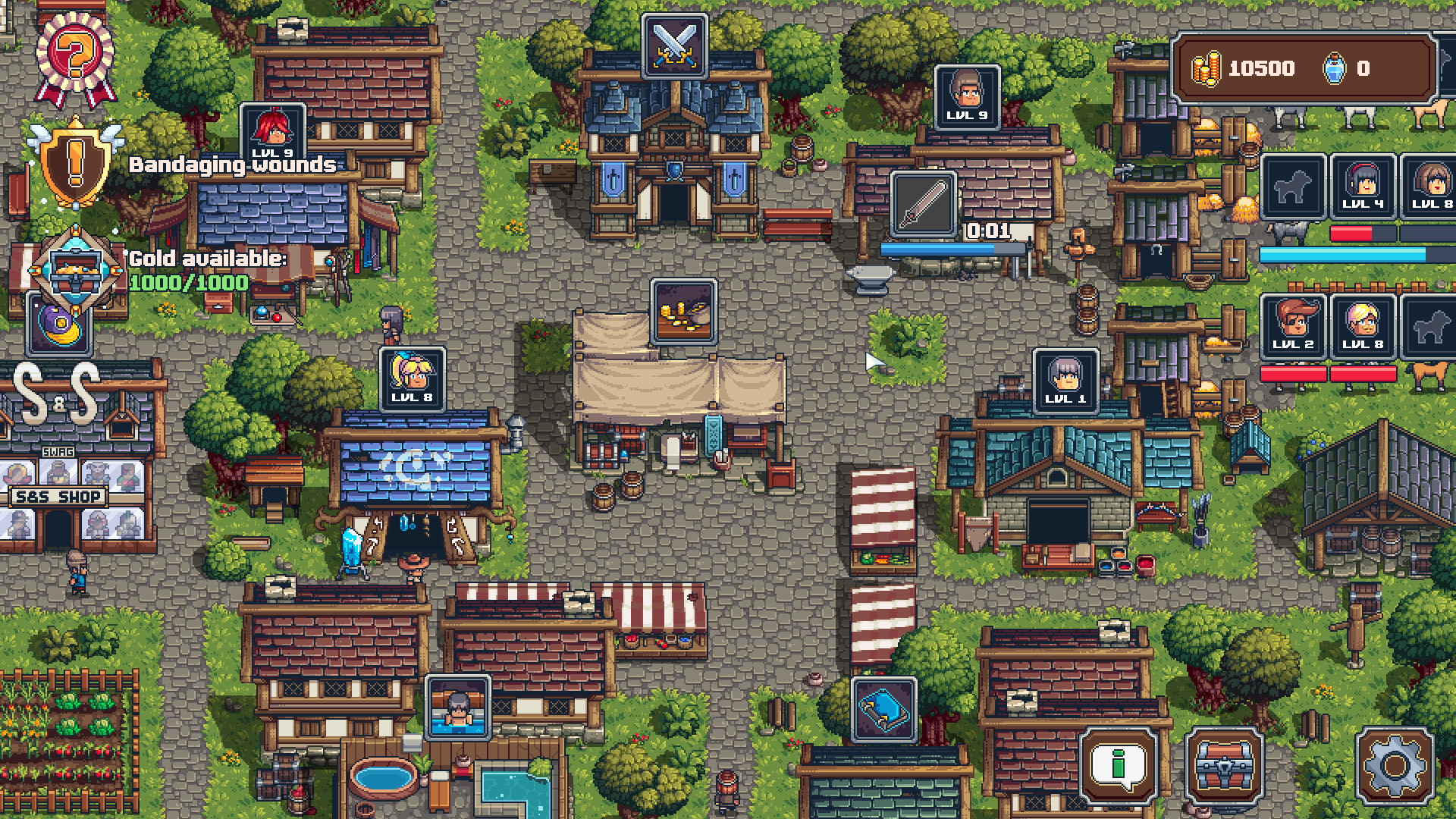 At its core, Swag & Sorcery is a game about finding, collecting, and crafting awesome loot. More importantly, when your heroes are out on a crusade and they die, any loot they find will be lost. While managing your parties, it will be vital to know when to retreat (and save the swag you've gathered thus far) or when to get greedy and press forward.

Additionally, the game features a rather in-depth management sim in regards to your fantasy village. Your heroes will collect resources and gold while on a crusade that can be used to repair and upgrade your village as well as craft additional items and consumables. Using these resources, players can also research new technologies that give access to additional spells and items!

If you're the kind of player who enjoys micromanaging your gear in RPG's, and making your heroes look the coolest that they possibly can, then Swag & Sorcery is likely right up your alley! For more information on the game, be sure to visit our wiki here!