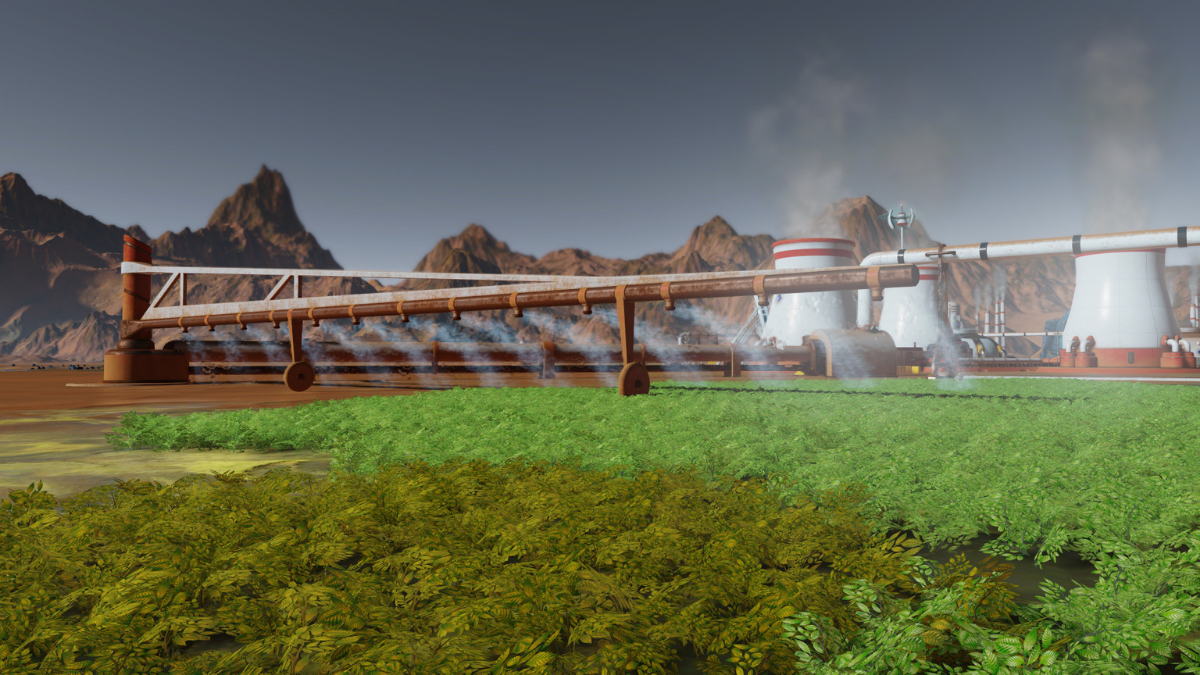 Ever wonder what life will be like on Mars when humanity is finally able to colonize it? That day is probably pretty far off, but luckily Surviving Mars exists to help fill in the gaps. The futuristic city builder takes place on Mars itself, tasking players with manufacturing and managing resources to build up an impressive civilization on the surface of the planet. You'll be met with plenty of challenges to overcome, of course, but you'll be rewarded with the chance to unravel exciting mysteries, too.

But as much as there is to do within Surviving Mars's base game, today it's welcoming two expansions in the form of Green Planet and Project Laika! Both are available now as two individual packs or as part of a Season Pass. Depending on which one you get (or maybe you decide to snag both of them), you can add some intriguing new content to your game.

Green Planet will let you make Mars habitable and start working on another suitable home for humanity, as you work to terraform and clean up the environment. This means you'll have to make important decisions, including how to set and deal with the planet's atmosphere, temperature, water, and vegetation to get them all to acceptable levels.

Then it's time to populate the surface of Mars with vegetation to make the titular Green Planet the expansion mentions. Finally, you get seven new Special Projects to complete like melting the polar ice caps and launching a space mirror as well as the ability to construct seven additional buildings to make life on Mars a much less frustrating endeavor.

While Green Planet adds a wide variety of things to do to surviving Mars by way of improving the atmosphere and inhabitability, Project Laika adds something equally important: animals! It includes 25 different pets that you can release to roam around in the Martian pastures, including cows, pigs, llamas, and even penguins. You can raise them on special farms to be used as food, or you can terraform your planet to the point where you can keep plenty of adorable animals as pets. It's up to you what you do with your new squad of animals, as long as you respect and appreciate them!

It's time to blast off and see what Mars has to offer! While you're up there hanging out in space, be sure to check out our Surviving Mars wiki for answers to some of your burning questions! Good luck out there!