Path of Exile has always been about defeating huge crowds of enemies, with players using an impressive assortment of spells and weapons to tear through everything in their way.

In Path of Exile: Legion, the game’s upcoming update, you’ll be able to do even more hacking and slashing through enemy hordes, but this time around there’s a twist — you’ll get a say in how many, and what kind of enemies specifically, you want to cut down. Not only that, but the way you actually hack and slash will be vastly improved as well, thanks to this update introducing a long awaited melee system overhaul. Here's what we learned from a recent preview, courtesy of developer Grinding Gear Games. 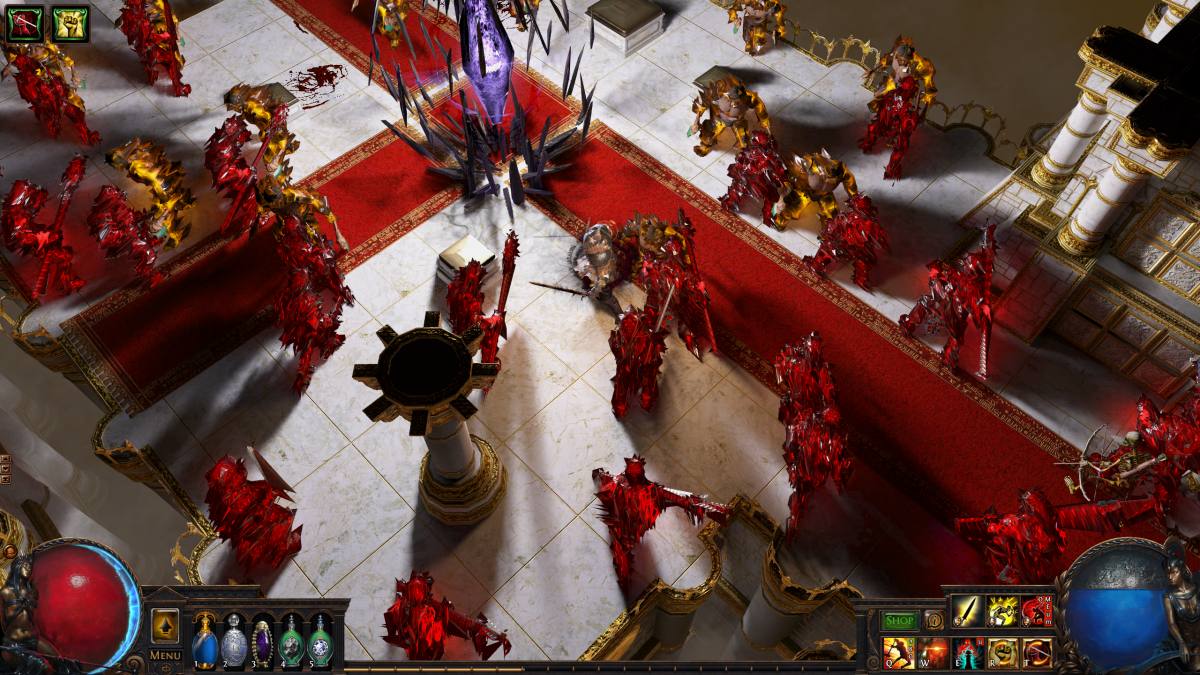 Battle of the Five Armies

First, let’s talk about the Legion challenge league itself. Upon activating special monoliths in areas within the Legion league, players will be transported to the Domain of Timeless Conflict, where they will encounter two opposing armies locked in battle, yet frozen in time. There are five different armies that can be encountered, so each battle and the rewards available will be different depending on which armies are at war.

The next step is where the fun begins. Damaging these enemies will unfreeze them from their eternal slumber. You’ll have a limited time to run around the environment and unfreeze as many, or as few, enemies as your heart desires. Once the countdown clock runs out, the enemies you awoke will resume their war, and you’ll have to fight for your life in order to claim your rewards. 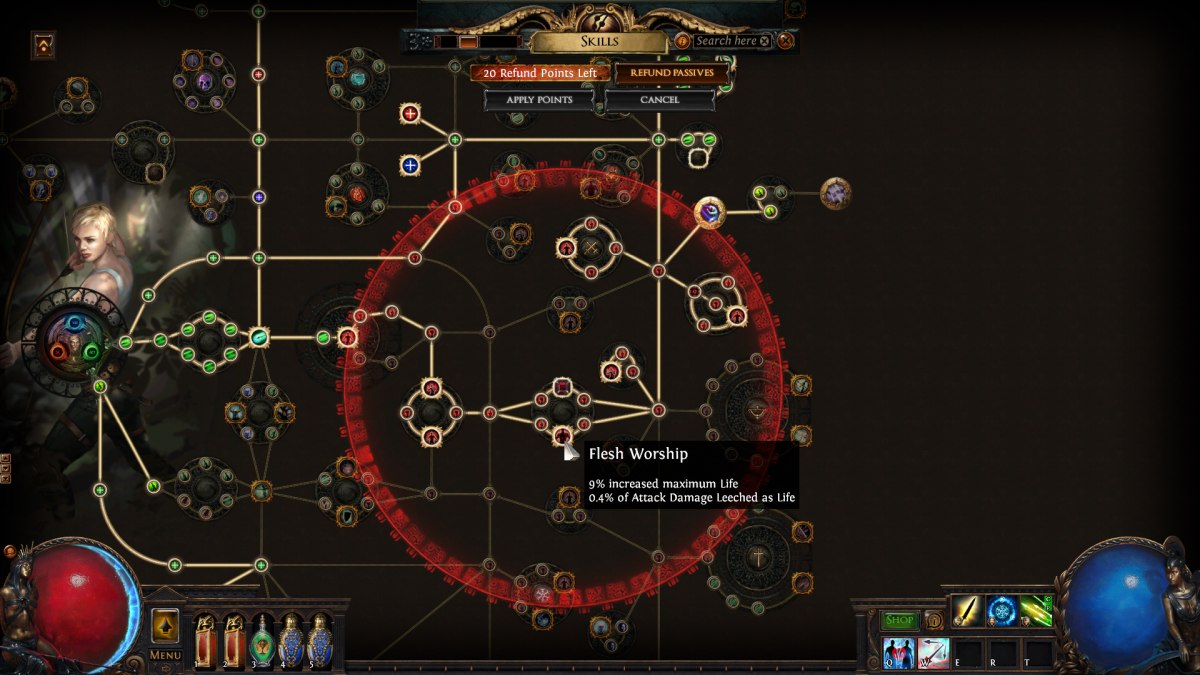 There is an interesting balance of risk and reward at play here. Unfreeze too many enemies, and you might not survive the encounter. Unfreeze too few, and your rewards might not be satisfying. Grinding Gear Games’ Managing Director Chris Wilson says that’s what makes the league interesting.

“We want players to get in over their heads,” Wilson says.

Speaking of rewards, pay attention to the splinters dropped by enemies in the Domain of Timeless Conflict. Splinters can be combined into one of five Emblems. Each of these Emblems represent one of the five armies players can encounter in the Domain of Timeless Conflict, and using these Emblems in the game’s map device will allow you to access even more challenging encounters against the armies represented by each Emblem. Though the map device only sports four slots currently, players will actually be able to unlock a fifth slot. That means truly dedicated players looking for a real challenge will be able to fight all five armies at once.

You’ll want to rise to the challenge, as each army in the Domain of Endless Conflict has a chance to drop a unique jewel that can be socketed into your passive skill tree. These gems can have a huge effect on character builds, as these gems don’t just modify a single skill or node, but all the ones in the surrounding area. 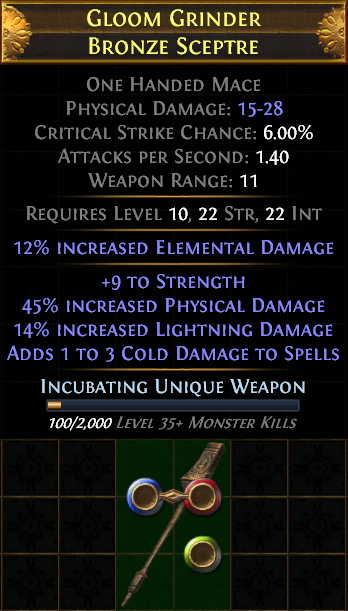 Another new type of reward dropped from enemies in the challenge league, and one worth paying special attention to, are Incubation items. These items modify a piece of existing equipment, adding certain challenges that must be met before rewarding a player with an item down the line. For example, you may have an Incubation item that requires you to kill 2,000 monsters above level 35. Attach it to a piece of gear you are wearing, and once complete, you’ll get your reward. You can have Incubation items applied to all your different pieces of equipment at once, which means there will always be a goal to work towards. 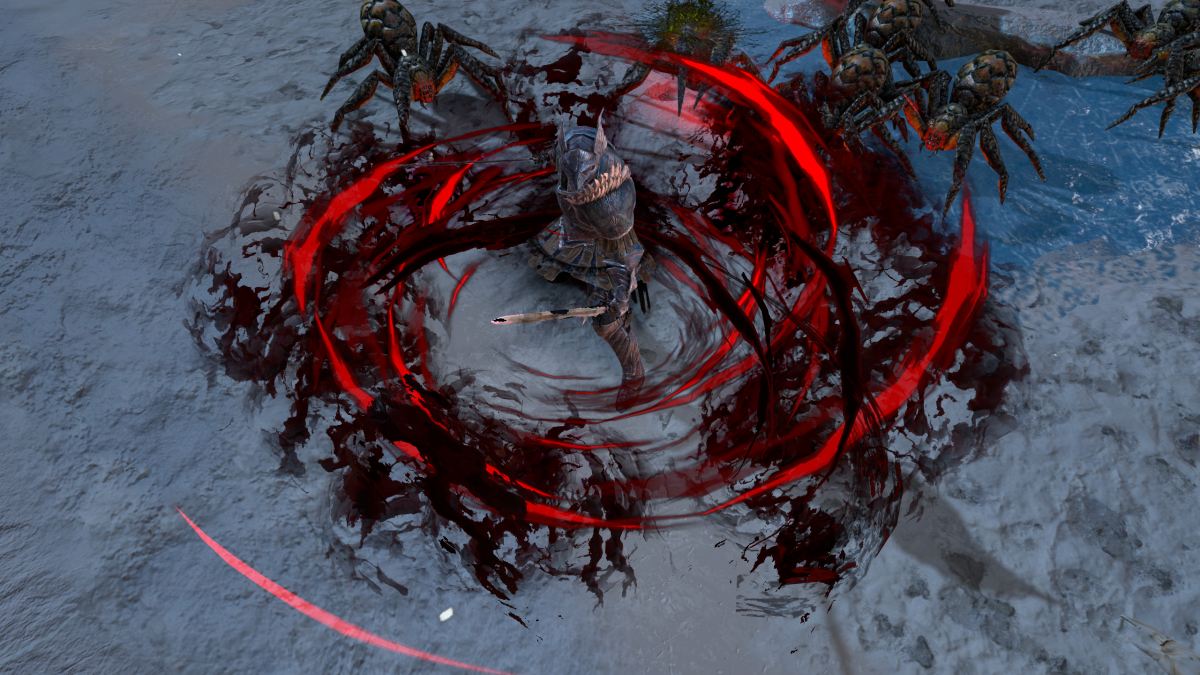 Unlocking all those Incubation items is going to take some serious monster slaying. Thankfully, battling your way through the world of Wraeclast will feel better than ever before thanks to the melee system overhaul coming as part of the Legion update. This revamp has been a long time coming, and is one the team is proud of, Wilson says.

You can now cancel attack animations, either immediately after dealing damage or at the start of the animation. Those animations look better than ever before, with animations now being chained together and supporting dynamic speed changes. All melee attacks now deal area of effect damage. Movement skills now activate immediately, and many classes now have new, low-level movement abilities. Many melee skills have been reworked to function better as well.

There are way too many smaller melee overhaul details to go over here, but there’s still plenty more to talk about coming in the Legion update. As is usual when a new challenge league comes around, 12 new unique items (and 15 reworked older unique items) will be making their debut, as well as the introduction of new, melee focused archetypes — in this case, the Rage Berserker and Blood and Sand Gladiator. There will also be changes to several end-game maps with a specific focus on improving boss fights, and a rebalancing of the game’s early areas to accommodate for the new melee changes.

Path of Exile: Legion arrives June 7 on PC, with console players on Xbox One and PlayStation 4 getting the update on June 10. Check out the trailer below to see what all the update has in store.