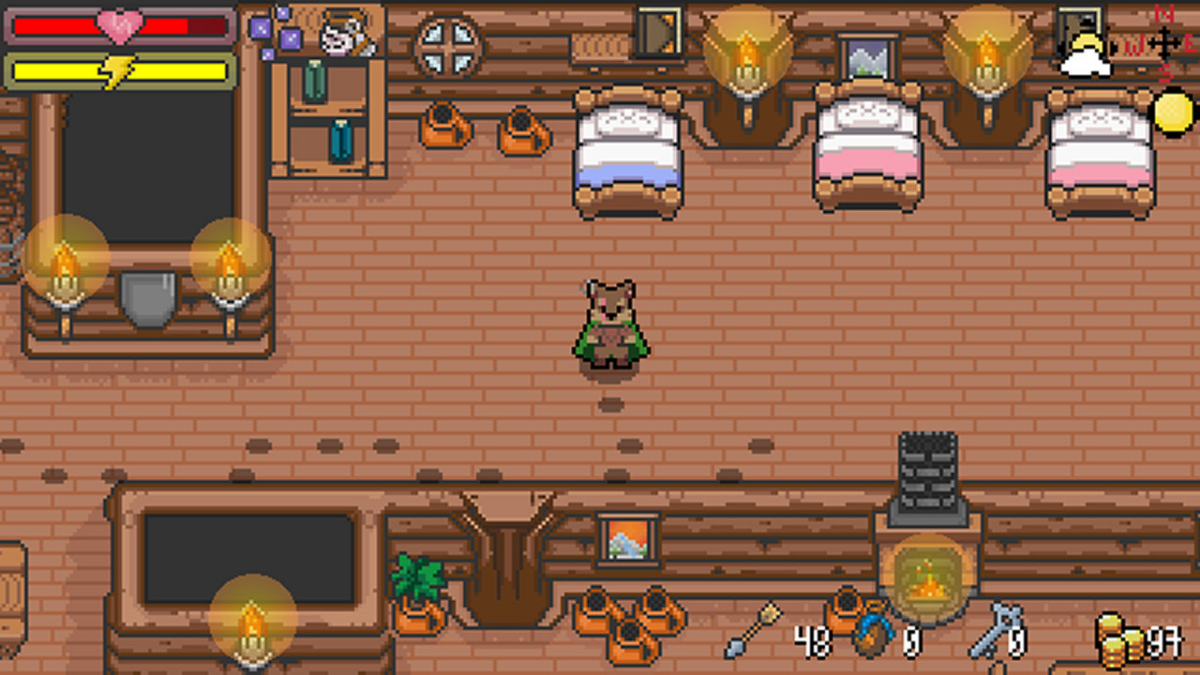 Miss the days of sprites and pixels? Looking for a throwback adventure? Trysaria may very well be right up your sleeve. It's a throwback adventure game with retro graphics, traditional RPG mechanics, and plenty of other aspects that should scratch that '90s gaming itch for you quite nicely.

Jump into the sprawling world of Trysaria, a daunting place where you're forced to battle against a slew of deadly monsters while collecting loot and leveling up along the way. Not only are you helping yourself line your coffers with plenty of goodies and gold, but you'll be helping to clear out caches of monsters for the folks living in the wide world. Being a hero is hard work, you know, but it's oh-so-rewarding.

With that said, you don't always have to go out in the world and be a hero. You've got to take care of you, too! So while the storyline will ask you to go battle tough enemies and loot monster nests, you can also head out to town, spend the night at an inn and relax, or eat some yummy food to recharge.

You'll definitely want to do other things besides fight, too, because the things you do outside of battle can and will shape what you do during combat, too.

In fact, you can mold your character through the hobbies you take up outside of fighting. Depending on which trade seems most interesting to you, you can take on a variety of different jobs. Want to become a carpenter? Want to be a miner? That's up to you – experimentation is encouraged!

Aside from building your character as you see fit, you'll collect plenty of different weapons and items, fight special beasts that only appear at certain times, take on a wide spectrum of different quests, and truly leave your mark on the world. Trysaria is yours for the taking!

Ready to embark on a journey of survival and exploration? Here's what the game looks like in action.

Trysaria is available now to play via Steam. But no one is a survival expert the first time they're forced to fend for themselves! If you need a bit of assistance, head on over to our Trysaria wiki for pointers that can get you started off on the right foot. We've got your back!