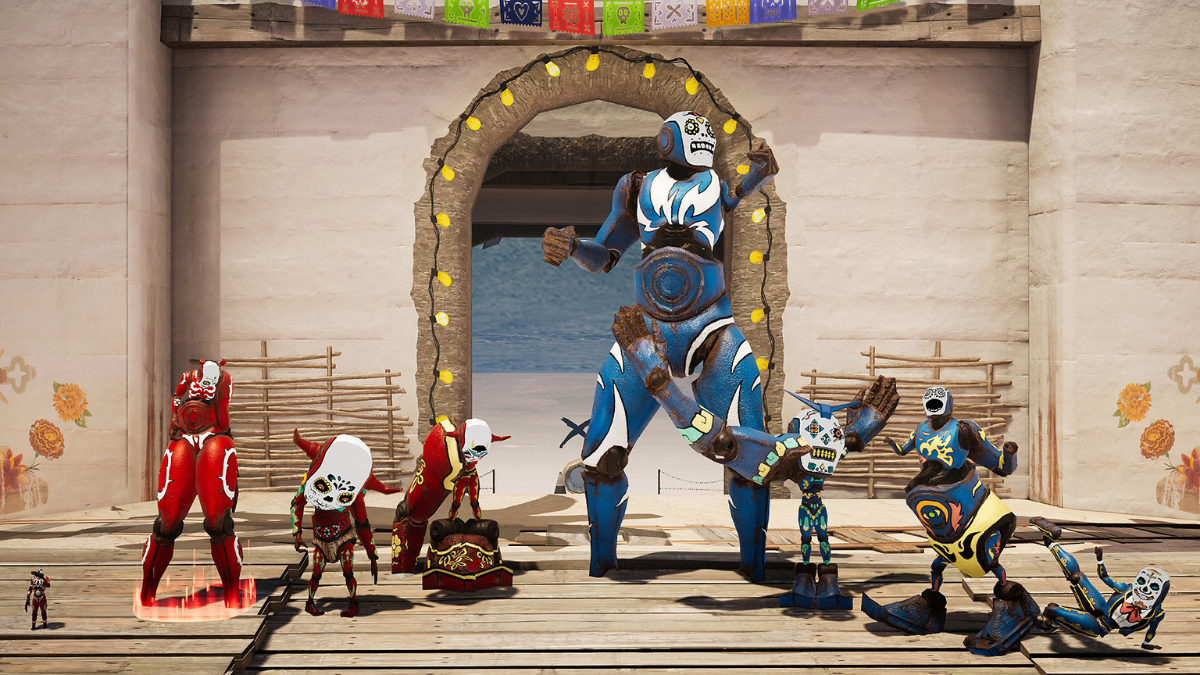 If you're a fan of multiplayer shooters with wacky premises, you're going to fall head over heels in love with Morphies Law: Remorphed. It's a brand new version of the original game, Morphies Law, which originally launched on Nintendo Switch as well. It follows a band of 8 squishy sugar skull-like characters named Morphies, which have eight different body parts that can grow and shrink individually. Oh, and you'll be doing a whole lot of both of those things throughout the game. It's unlike anything you've ever seen before, that's for sure.

So how's it all work? You shoot at other players to your heart's content in colorful, zany matches. As you shoot, the body part you're continually hitting will shrink, but the same one on your own body (a robot one, no less) will start to grow bigger. As you inflate, you continue to grow larger. You could potentially have a tiny little head atop a massive body if you continue shooting – and that's the beauty of it all.

But you can't just shoot willy-nilly. You have to keep some rules in mind. If you've become tiny as a result of being shot at constantly, you can move quickly, because you've lost a decent amount of mass. Your weapons will still fire with the same damage, which you might not assume is the rule, but that's how weird Morphies Law is, after all. Alternatively, the bigger you become (which should mean you're on your way to winning, right?) means you move slower. Plus, you're a bigger target. By the end of each match, the team with the greatest amount of mass collected throughout the match is named the winner.

This bizarre but totally awesome multiplayer gameplay continues in game modes like Morph Match, which is a deathmatch of sorts. You also have Head Hunt, which is akin to a capture-the-flag game mode that has you vying for control of a head in the middle of the map. There's also Mass Heist, where you try to steal mass from a giant robot from the other team while switching locations. It's a bit more confusing, but still very fun whether you're more of a solo player or enjoy being on a team.

Need to see it all in action? Take a look at the trailer below.

Morphies Law: Remorphed is available right now on Steam. But all that robot-morphing and mass stealing can really wear on you after doing it for so long! Luckily, you don't have to go about it alone. Come on over and check out our official Morphies Law: Remorphed wiki for some helpful guidance on what you can do to utilize your body Plugins to the best of their ability and swipe the most mass you possibly can!