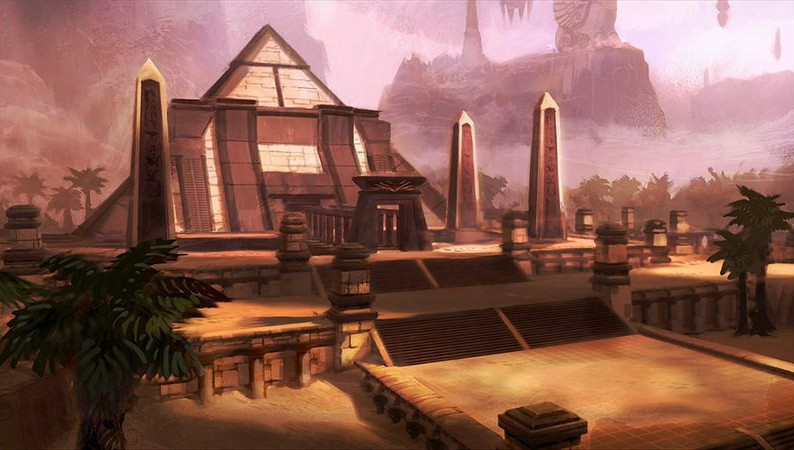 Hearthstone has come a long way from the in-house side project it started as. It’s consistently the most watched card game on Twitch and it’s intensely popular at the competitive level. It also seems to be an endless font of new content. Now, the game's 12th expansion, Saviors of Uldum, looks to spice up the 5 year old game with new keywords, card types, and story.

The story so far is that a collection of criminals called the League of E.V.I.L. has repossessed the floating city of Dalaran, and are now using it as a floating base to house their dastardly plots. They’re piloting it to the ancient region of Uldum, for what is sure to be for no good reason. The Explorer’s League must head them off at the pass, and prevent whatever no-good plans they have from coming to fruition.

Mechanically, some new bells and whistles that are remarkably appropriate for the Uldum setting make their way onto cards. Firstly, the Reborn keyword brings an extra layer of undead flavor to the mummy-heavy creature additions in Saviors. Reborn allows creatures who were defeated to return to play with 1 health. This only works for the first time they are killed, though.

There is also a new spell type called Plagues. Plagues can dramatically change the board state, usually affecting both players at the same time. Plague of Flames makes the caster destroy all of their minions, but the opponent must destroy the same amount of their own, while Plague of Murlocs turns all minions on the board into random versions of the iconic fish people.

For more of a glimpse at the dusty desert mayhem, check out this trailer:

Hearthstone: Saviors of Uldum releases today. For more info on deck lists and strategies, come to our Hearthstone wiki!