The folks at Grinding Gear Games always have something entirely new up their sleeves. Whether it’s infiltrating a criminal syndicate, battling ancient armies, or delving deep into the hollows of the earth, Path of Exile is always reinventing itself with every major update, keeping players on their toes and coming back for more.

With that in mind, here’s two phrases you probably didn’t expect to hear together: Path of Exile and tower defense. Yes, GGG has done it again with their upcoming challenge league, called Blight, and it’s unlike anything that’s come to Path of Exile before. 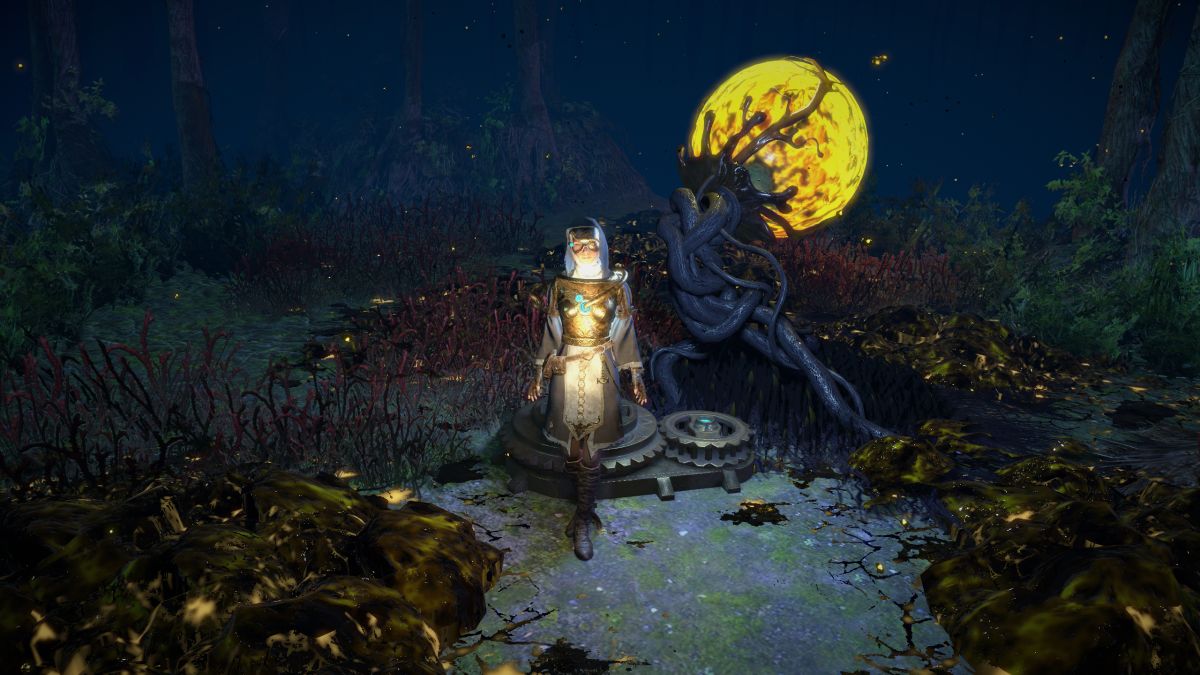 Blight will have players meeting a new NPC throughout the world, Sister Cassia, who warns of fungal growths that are infecting Wraeclast and mind-controlling all manner of monsters. Naturally, it’s up to players to destroy this infection and cleanse the land, but that’s not going to be easy. Sister Cassia has developed a piece of technology that destroy these grotesque growths, but these fungi have a mind of their own. They aren’t going to go down without a fight, and they’ll be sending legions of baddies your way to destroy the device and kill anybody that gets in their way.

Thankfully, the mind-controlled monsters aren’t the smartest. They’ll blindly follow the tendrils of the growth, only attacking anything that gets in their way. These comprise the “lanes” you’ll be defending, and you’ll need a little extra firepower to take out these sturdy foes.

That’s where the towers come in. Players will be able to build these in pre-determined locations, and like any good tower defense, there’s a variety of different defensive towers and tower upgrades to choose from. Some will do different types of elemental damage. Others will slow down or distract enemies. Being able to identify which types of enemies are coming from where, and building towers accordingly, will be key to holding off the waves of enemies. 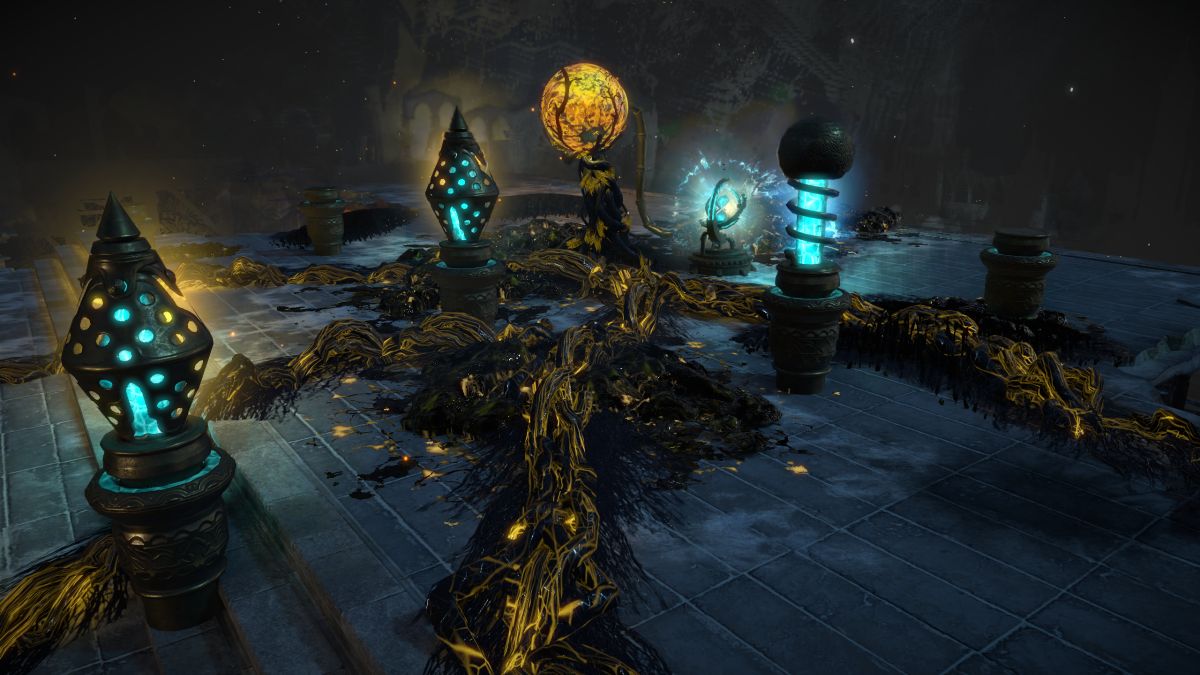 Of course, there’s new loot to score from destroying the blight that has infected the land. You’ll get rewards for each lane of enemies you defend against, and you’ll earn a new type of items called oils to boot. These oils can be combined in different ways and combined to add new properties to items. Particularly powerful is the ability to have Sister Cassia combine oils in order to anoint rings or amulets. Combining two oils and anointing a ring will grant the ring a tower defense specific property, allowing you to fine tune your tower defense strategy. You might have a ring that grants your towers more fire damage or to shoot additional times, incentivizing you to build towers that synergize with your rings.

Even more tantalizing is the ability to have Sister Cassia combine three oils to anoint an amulet. Doing so will grant the player a notable passive skill from the skill tree, without having to spend a skill point. Different combinations of oils will grant different skills, so it will pay to experiment and see which passive skills can be earned and how they will synergize with your build of choice. There will be four Blight unique items that can be anointed as well. When combined with an anointed amulet, that makes for a total of five passive skill points that can be attached via gear, so players will want to keep any eye out. There's also 10 additional unique, build-defining items being added in Blight, like the Triad Grip gloves, which converts damage dealt by minions into different types of elemental damage depending on what color gems are socketed into the item. And if that wasn't enough, dozens of existing unique items are being rebalanced, with six of them receiving significant overhauls. 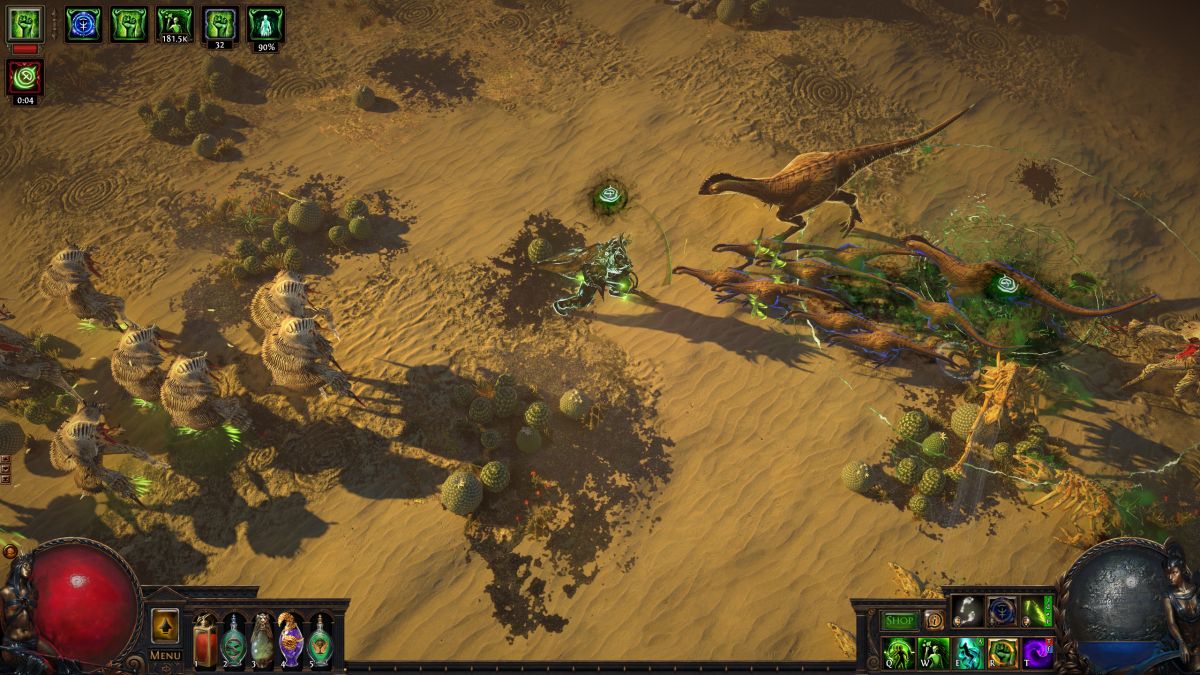 Even if tower defense isn’t your cup of tea, there’s plenty of other reasons to pay attention to Blight. Coming alongside the new content are reworks of three build archetypes: the Necromancer, the Poison Assassin, and the Mine Saboteur.

In the case of the Necromancer, they’ll be benefiting from a number of changes to Summoner archetypes, as well as more Necromancer specific changes. Summoned minions can now be controlled via support gems. Summoned creatures such as golems, skeletons, and spectres will be more powerful as the support gems level up, giving players more freedom in building up their army of minions how they see fit. Necromancers in particular will also be getting a new type of minion, the Carrion Golem.

When it comes to the Poison Assassin, the focus is on making the critical-hit focused archetype fun to play once more while still preventing it from becoming too overpowered, as it was back in the day when it was a premiere build of choice for many players. Five new skills and one new support gem have been added for the class, like the new Cobra Lash ability, which throws out a copy of your weapon, bounces between enemies, and poisons enemies on critical strikes. Tweaks have been made to the class’s ascendancy tree to allow for builds tailored around poison and critical strike as well.

For the Mine Saboteur, GGG has completely reworked how mines work in general. Mines are now thrown, are faster to deploy, and detonate in sequence, allowing players to chain and then detonate long sequences of mines. Like other archetype revamps, numerous skills in the Saboteur ascendancy tree have been reworked to adjust for these new mechanics, which should give Saboteur players plenty to experiment with. 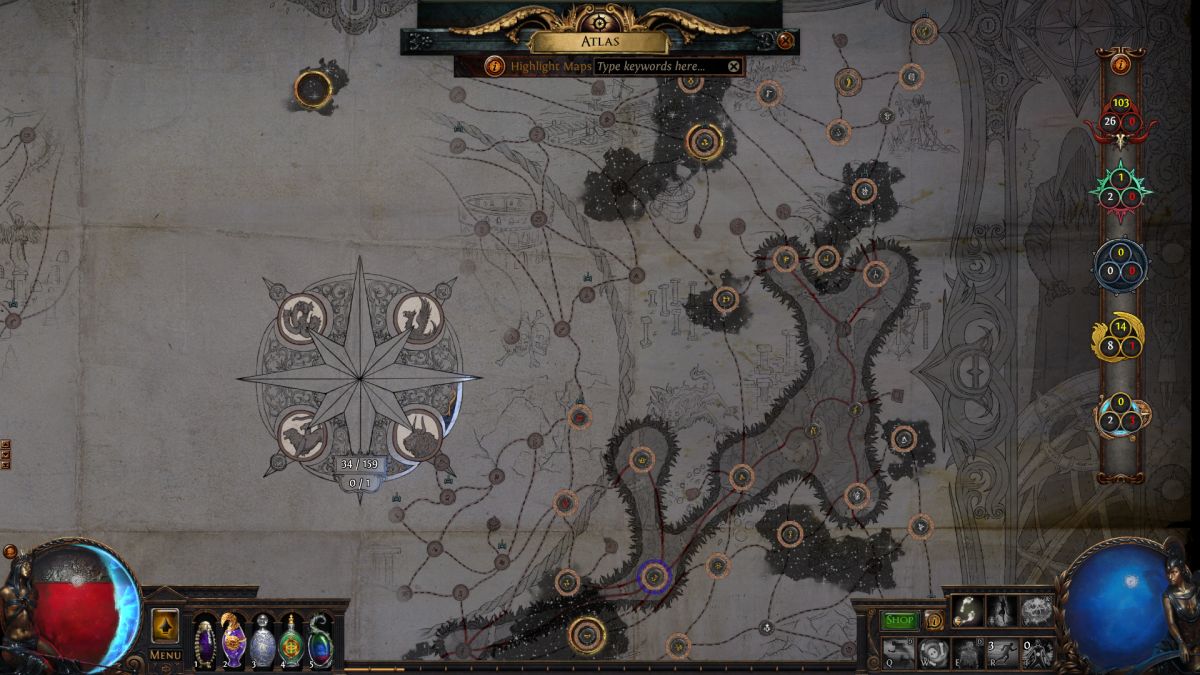 For hardcore Path of Exile players, it might be some of the changes to the game’s endgame systems that are most exciting. No longer will players feel forced to do missions given out by the five Masters immediately upon encountering them. Instead, players will be able to speak to the Masters at a later time and activate the missions on demand. Two Master missions will be added to each player’s total number of available missions each day, so that there’s always some available.

For fans of previous challenge league content, Blight will be bringing even more content from previous leagues into the core game. Legion content will be permanently added, as well the boss encounters from the Synthesis challenge league. Aspects of previously added leagues, like Betrayal and Delve, have also been modified with some quality of life changes that should please fans of those leagues.

There are tons of smaller details we didn't dive into here, so be sure to visit the Official Path of Exile Wiki to get up to speed on everything coming in this new update. Path of Exile: Blight releases for PC on September 6th, with the update arriving on Xbox One and PlayStation 4 on September 9th.