Stones and spears might be the expected weapons for World War IV, but they’re also the tools that helped humankind survive the first couple hundred generations. Now, with the help of Panache Digital Games, you can experience being one of humanity’s ancestral species ten million years ago, trying to survive long enough to lead to the emergence of the modern homo sapiens (whether it’s a good thing remains debatable) in Ancestors: The Humankind Odyssey.

The game is currently available on PC via the Epic game store, and will be coming to Steam next year. It is also out on PlayStation 4 and Xbox One. 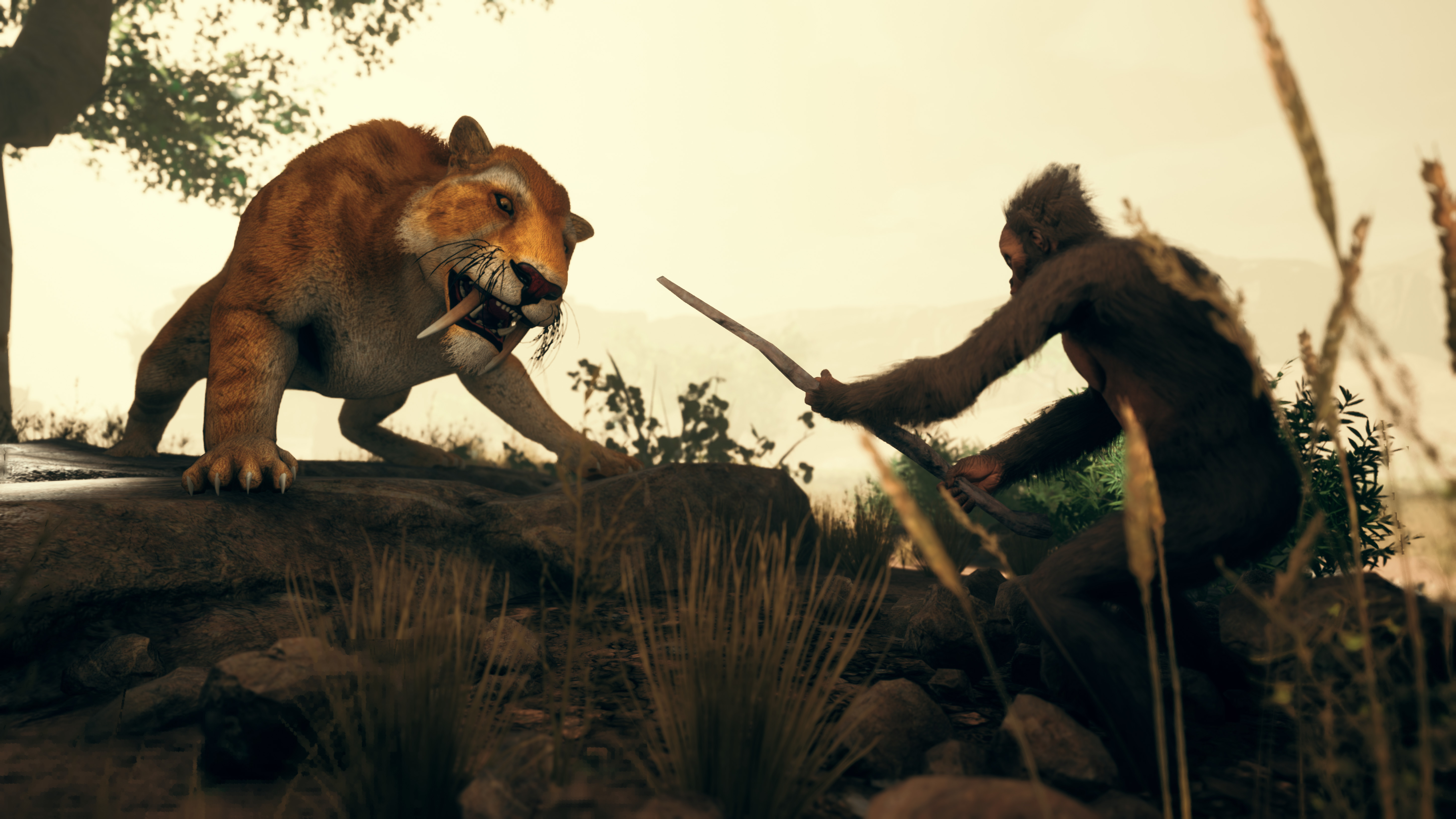 Ancestors: The Humankind Odyssey is a game that takes a lot of risks, chief among them being the core concept: You control not so much a distinct character, but an entire clan, and slowly evolving them over the course of eight million years (mercifully condensed into an estimated 40 to 50 hours of gameplay), slowly evolving from a bunch of confused apes trying desperately not to get eaten into a bunch of slightly less confused and decidedly more lethal apes capable of using tools.

You facilitate the clan’s evolution by exploring the world, identifying new food and tools, learning new skills to harness the natural environment for your own advantage, and of course, avoiding being eaten long enough to sire a new generation of apes. In keeping with the survival aesthetic, you’re neither the biggest nor the most dangerous thing out there. Thankfully, as long as the clan survives, the game will continue on. 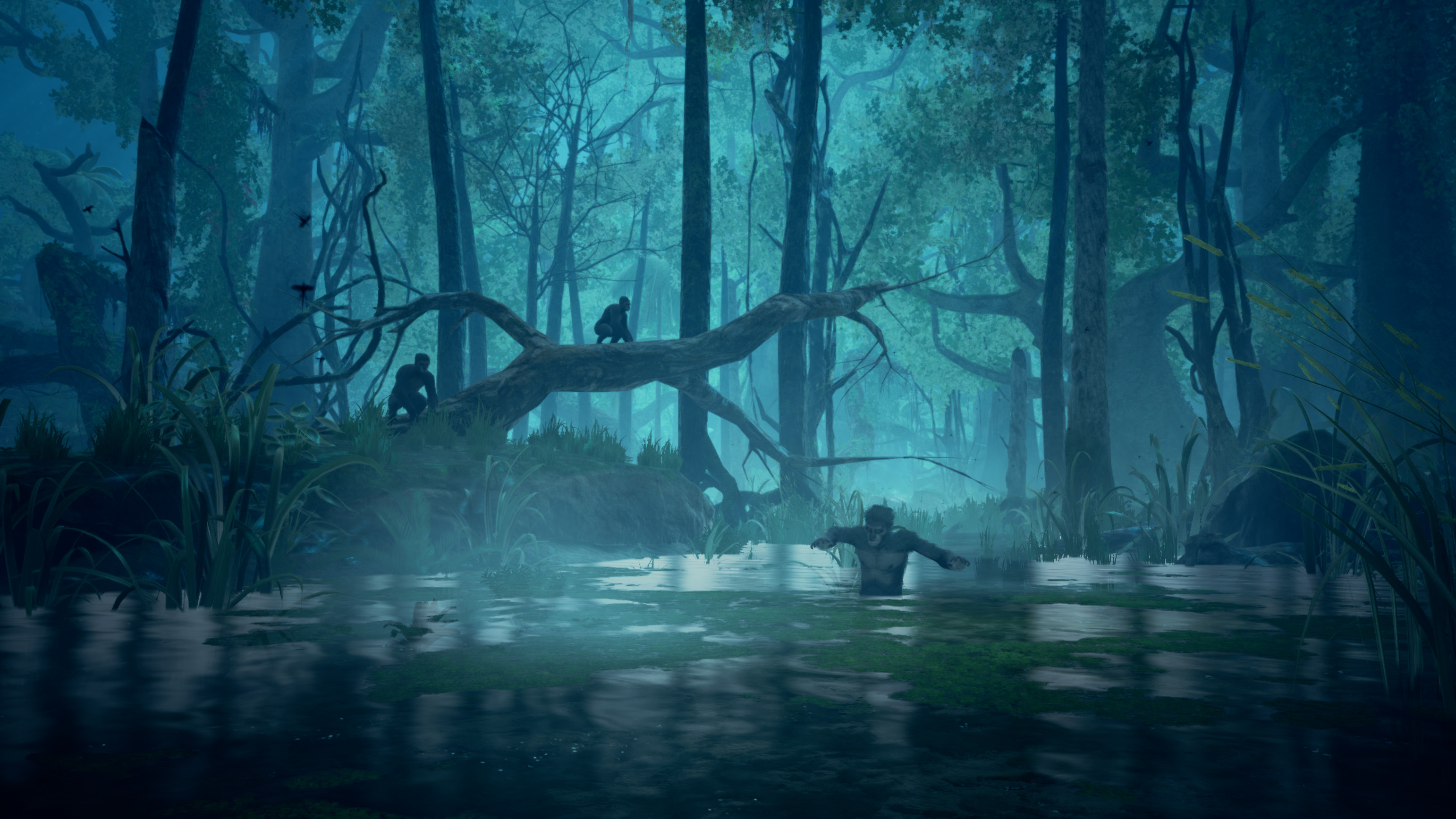 There are two dozen things in this picture that can kill you.

So it’s a game about a bunch of dirty apes?

It’s a game focused on the origins of our species. The timeline of human evolution is very complex and involves many twists and turns. Setting the game’s beginning ten million years ago places its start around the point where gorillas separated from humans and chimpanzees, as well as the latest common ancestor of the latter.

The eight million years covered in the game will culminate in the emergence of a form similar to Lucy: An australopithecus afarensis discovered in Ethiopia in 1974. Her remains represented a major advance in the understanding of our evolution, showing evidence of a bipedal, upright gait and indicating that walking upright preceded brain development in our species. 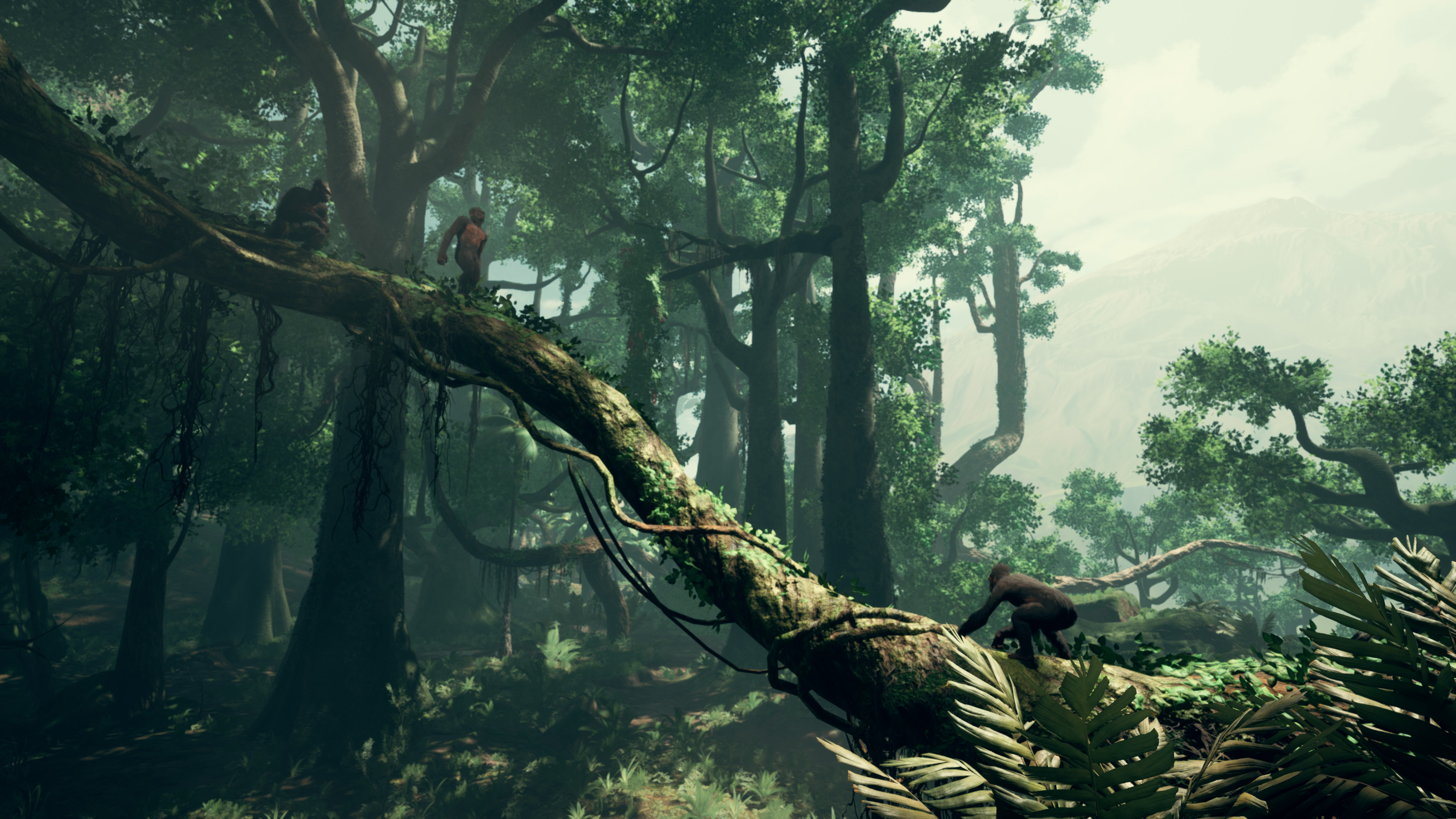 It also made spitting on others a lot easier.

The game is the brainchild of Patrice Désilets, founder of Panache Digital Games. Fans of Assassin’s Creed will instantly recognize the name, as he was the creative director on the first three games in the series, especially the critically acclaimed Assassin's Creed II. Ancestors will be his first game released since leaving Ubisoft, and was deliberately created without a structured narrative: After all, humanity did not evolve with a script in hand and thickly layered plot armor.

Speaking of terror, visiting the Ancestors: The Humankind Odyssey Wiki can help in managing the first eight million years of our evolution!