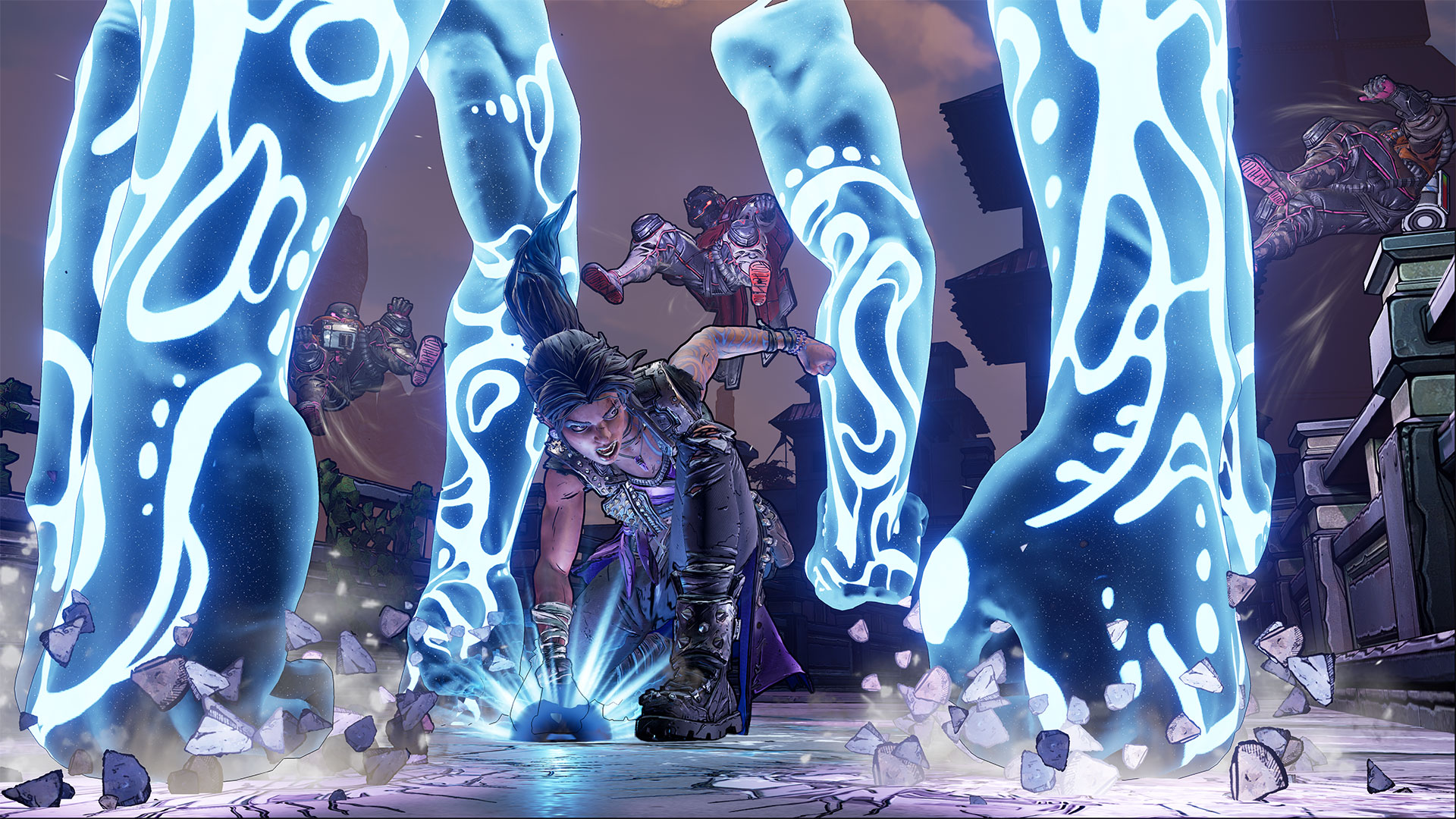 It's been almost seven years since Borderlands 2 and an enormous amount has changed about video games since then. One of the big questions that popped up after Borderlands 3 was officially revealed at PAX East 2019, was how the Borderlands formula will hold up in a post-Destiny world. It's impossible to know right out of the gate, but one thing is for certain: a huge amount of fans are going to play and find out as soon as it releases today.

A time after the death of Handsome Jack and the collapse of Hyperion, two twin cult leaders emerge. Troy and Tyreen Calypso learn that Pandora isn't the only planet with a Vault on it and send their violent "Children of the Vault" travel space to find these other Vaults. Choose one of four "Vault Hunters" - Zane, FL4K, Amara, or Moze - and join returning Borderlands characters like Lilith to stop the maniacal twins from obtaining what they believe is their birthright.

For the most part, playing Borderlands 3 will be very familiar for anyone who's played the first two. You can play either single player or co-op. BL3 supports two player split-screen as well, for those playing on the same couch. The Level Syncing system means that everyone in a party can feel like they're doing meaningful damage to enemies, no matter their character level. It also means that everyone will find level-appropriate loot specifically for them without having to fight over it in your group. Weapon drops are a big part of the game, as there are nearly endless combinations of gun types, firing styles, and elemental effects. With enough looting, you can always find the right gun for the job.

The Hunters themselves all have unique abilities, as well. Each has their series-standard skill trees that allow you to specialize your version of the Hunter in one of three ways. Maybe your Amara is a brawler, who wants to get knee deep in the fight, mitigating the damage she's taking while reflecting some of it back to the enemies. Maybe instead you want your Amara to sit back and launch psychic assault from the back lines. All of these are possible in Borderlands 3.

Borderlands 3 launches today as a timed-exclusive on the Epic Store, as well as PS4 and Xbox One. Something to keep in mind: Borderlands 3 includes the Fortnite Psycho Bundle Pack for FREE until Dec 31, 2020. The bundle contains the Psycho Bandit Outfit, Claptrap Pet and Psycho Buzz Axes. Buy any version of Borderlands 3, and then log in to Fortnite to receive the bundle.

And, of course, if you need any help thwarting the Calypso Twins, come check out our Borderlands Wiki.