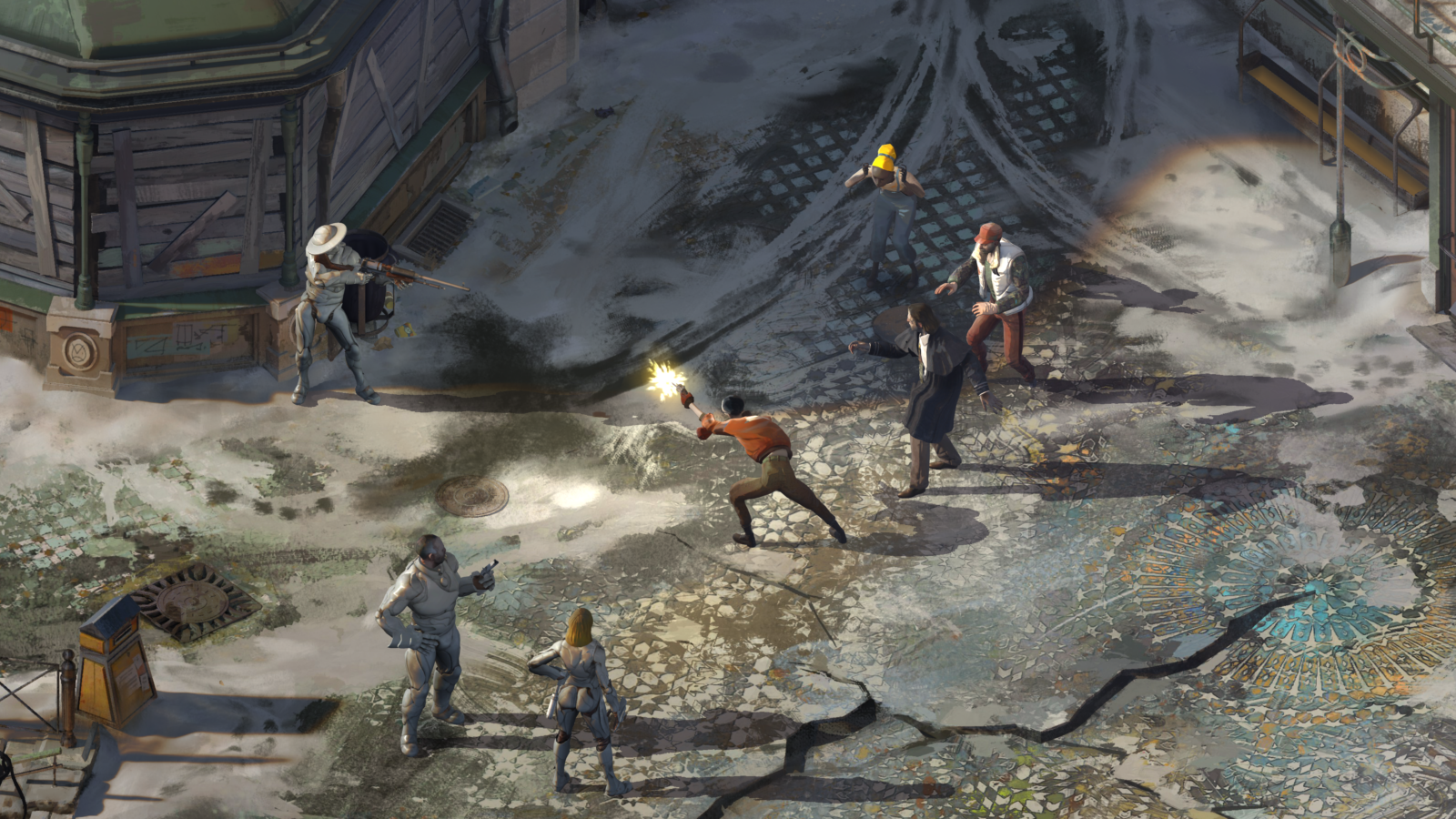 PC RPGs have lived in a space that have allow them to grow in a wide range of nuanced and variant direction since the old Ultima days. There's a CRPG for just about everyone out there, if you're willing to look. It's hard to make one in 2019 that looks and feels so wholly original that it can't be considered am "[insert old video game here]-like", but it seems ZA/UM has both stepped up to that challenge, and has possibly knocked it out of the park with Disco Elysium.

You wake up as a detective in the strange city of Revachol. You don't remember anything about how you got to where you are, or even who you are. To figure out these missing pieces of your memory, you wonder around your neighborhood, asking questions, solving other peoples problems, and getting into more trouble. The city, and the people in it, are imagined in such an elaborately avant-garde way. Things are weird  sometimes just for the sake of being weird. Other times, conversations shutter in and out of the topic at hand to rapidly that you can forget why you even approached a person in the first place. This is all to say the Disco Elysium trades in dream-like disorientation everywhere it can, and does so purposefully. 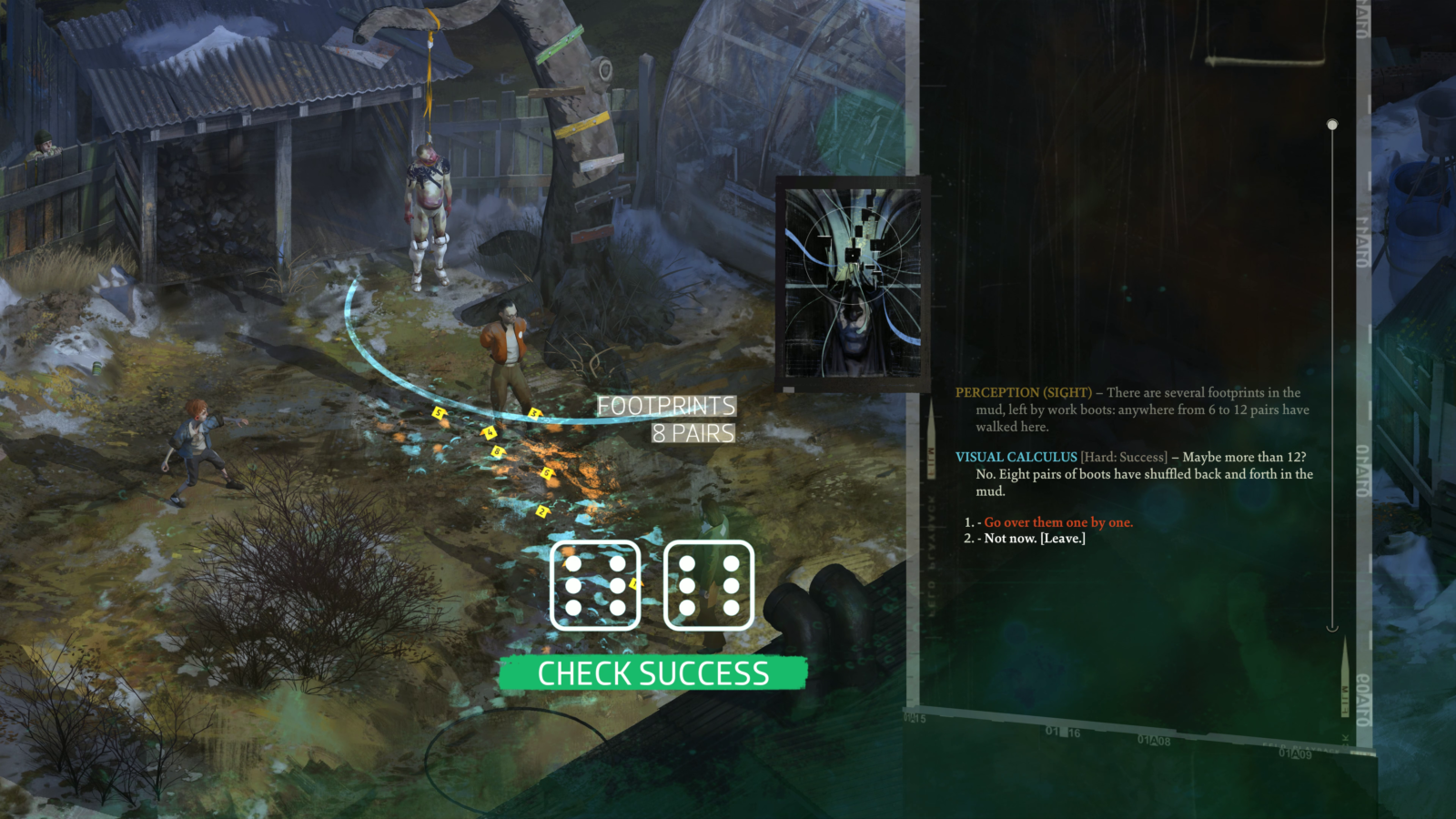 As an RPG, DE boasts a system designed with wide ranging freedom in mind. As you proceed on your beat as a gumshoe, you can do so as basically any sort of police officer trope you've ever seen. You want to just punch the information out of a suspect? Go ahead. Maybe you need to take your shoes off and walk around the crime scene in order to get "in the zone." Maybe you whittle down stalwart witnesses through a barrage of questions. That all the options can be available to you from the get-go is remarkable.

When choices and dialogue are necessary is when Disco Elysium's incredible skills system is present. Certain options and conversational choices are sparked by one of your many skills. Each one has a channel of expertise and its own voice. Use Authority to get aggressive with whatever your investigating/talking to. Inland Empire consults your subconscious and manifests them as talking inanimate objects, like the tie your wearing. These and more make up your Thought Cabinet, which are various categories of how your brain is approaching and digesting the information its getting. All of these thoughts are often attempting to shout over one another, so navigating a simple conversation can feel like an constant argument inside your head. It's fascinating. 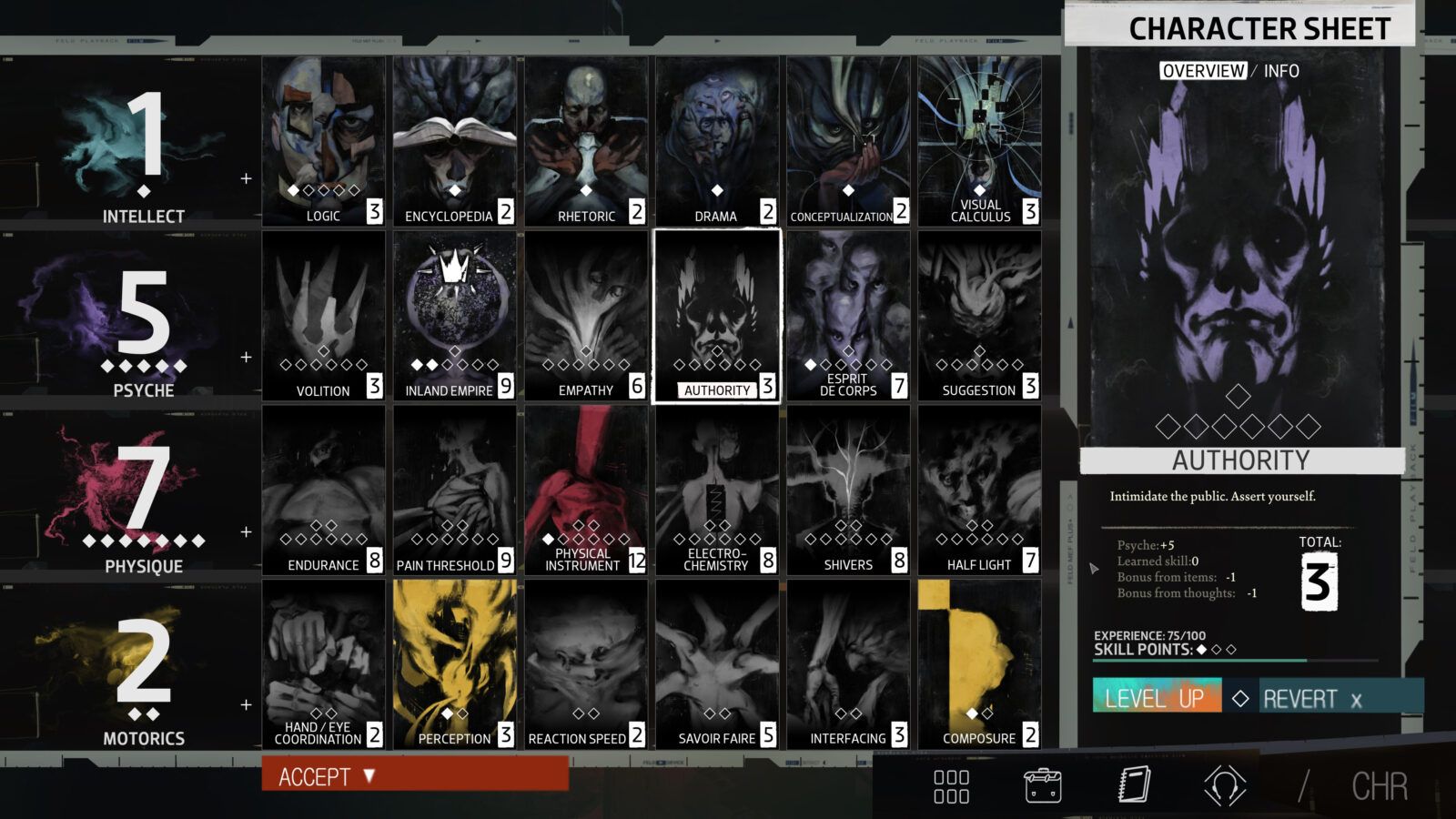 As a top-down RPG, the main mechanics of playing the game won't be unfamiliar to fans of the genre. You point and click  on things of interest, taking knowledge gained from interacting with the things to people in order to solve (or start) problems. Almost every action requires a check made by a dice roll. It's very "traditional tabletop RPG" in that way, and combined with the freedom in interaction and character development, creates a sort of role player's dream as far as PC games are concerned.

See more of this wacky game below:

Disco Elysium is out now on Steam. If you need help fishing through your subconscious, come to our Disco Elysium wiki.

The Earth is Not Enough: Deliver Us the Moon Again!

Brave The Madness In Trine 4: The Nightmare Prince!