When it comes to survival games, most of them require you to make a sizable investment of time and effort into mastering their mechanics and staying alive. They will also feature a dark, gritty art style and more often than not keep you in first person, experiencing the horrors they visit upon you first hand. Stranded Sails is the opposite: A game with a relaxed, casual survival gameplay, married to a colorful art style, and an actual endgame.

And now it’s on Steam. 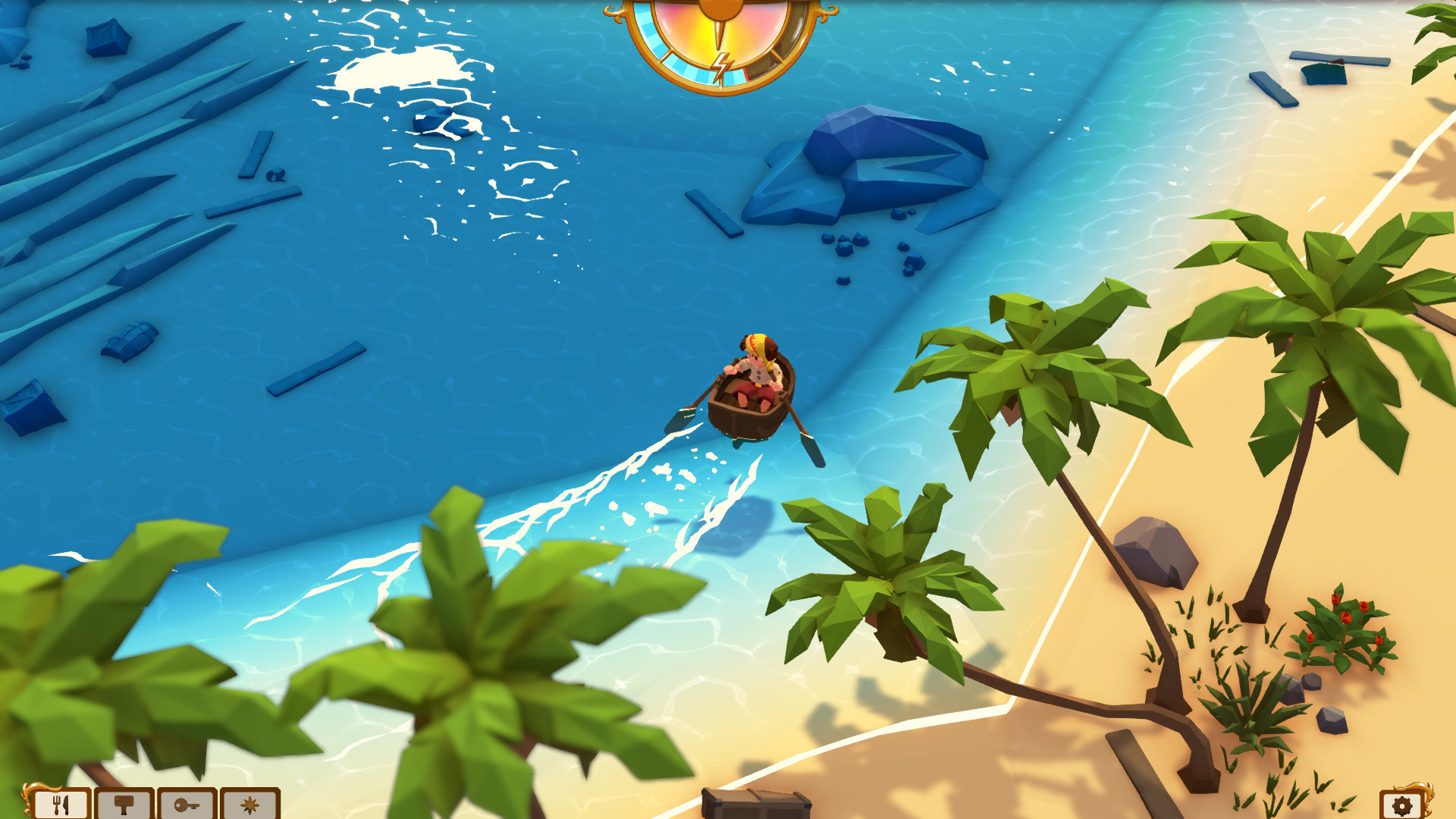 You step into the shoes of the son or daughter of a sea captain, shipwrecked on a mysterious tropical archipelago after a storm took out your ship. The goal is simple: Survive, build a ship, and get off the island in one piece. Maybe you’ll also uncover some of the archipelago’s mysteries on the way, too?

The game is built around two main gameplay loops. The first component of the loop, survival, requires you to plant and maintain crops in order to feed the survivors of the shipwreck (no romancing them, though), gather supplies to upgrade your camp and build a ship with which to escape the archipelago, and maintain the happiness of your fellow survivors. Keeping them happy will unlock upgrades, more farming area, treasure maps, and the holy grail of every player, the thing we all play games for: Fancy cosmetic hats. 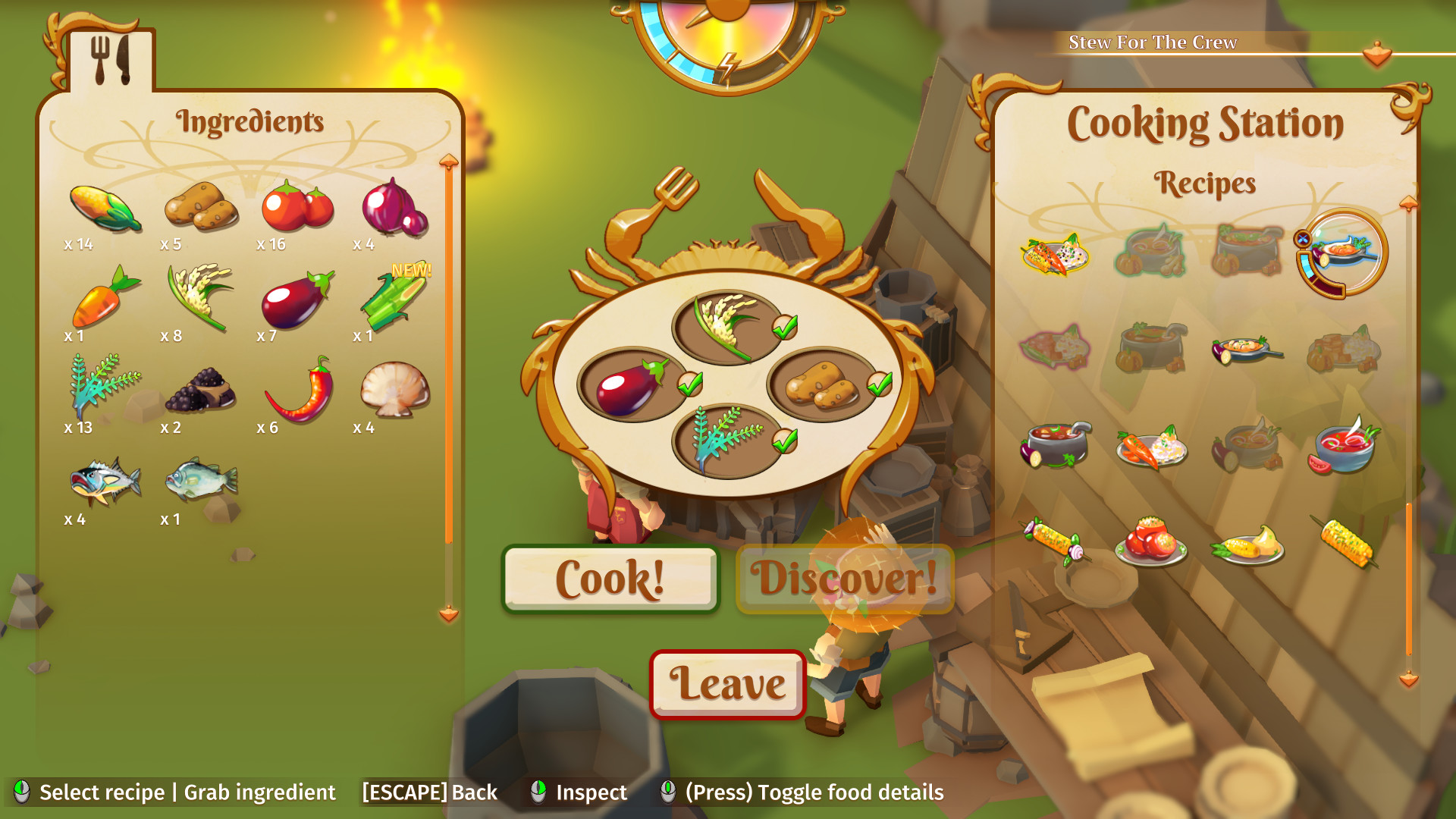 Even Warmer Environs and Not-So-Pleasant Foes

The second part of the loop comes into play if for some reason you aren’t attracted by the prospect of donning an elegant chapeau, then maybe the intrigue of exploring the mysterious archipelago will. Exploring the islands in the archipelago offers various opportunities, including quests, puzzles, and a range of enemies to practice your sword fighting skills on (or the ability to nimbly retreat if they’re slightly out of your comfort zone).

The gameplay loops are tied together in that in order to explore, you need to farm, and to farm more effectively, you need to explore. The glue that binds them together is the energy mechanic. You expend energy with every action you take and can restore it with foodstuffs created using crops grown at the camp. Cooking is handled through Stranded Sails’ crafting system, which is designed to be easy to use, but complex enough to warrant experimentation. Some foods can be just mashed together to create something edible; some need to be processed in the right order to become edible. Experimentation is key. 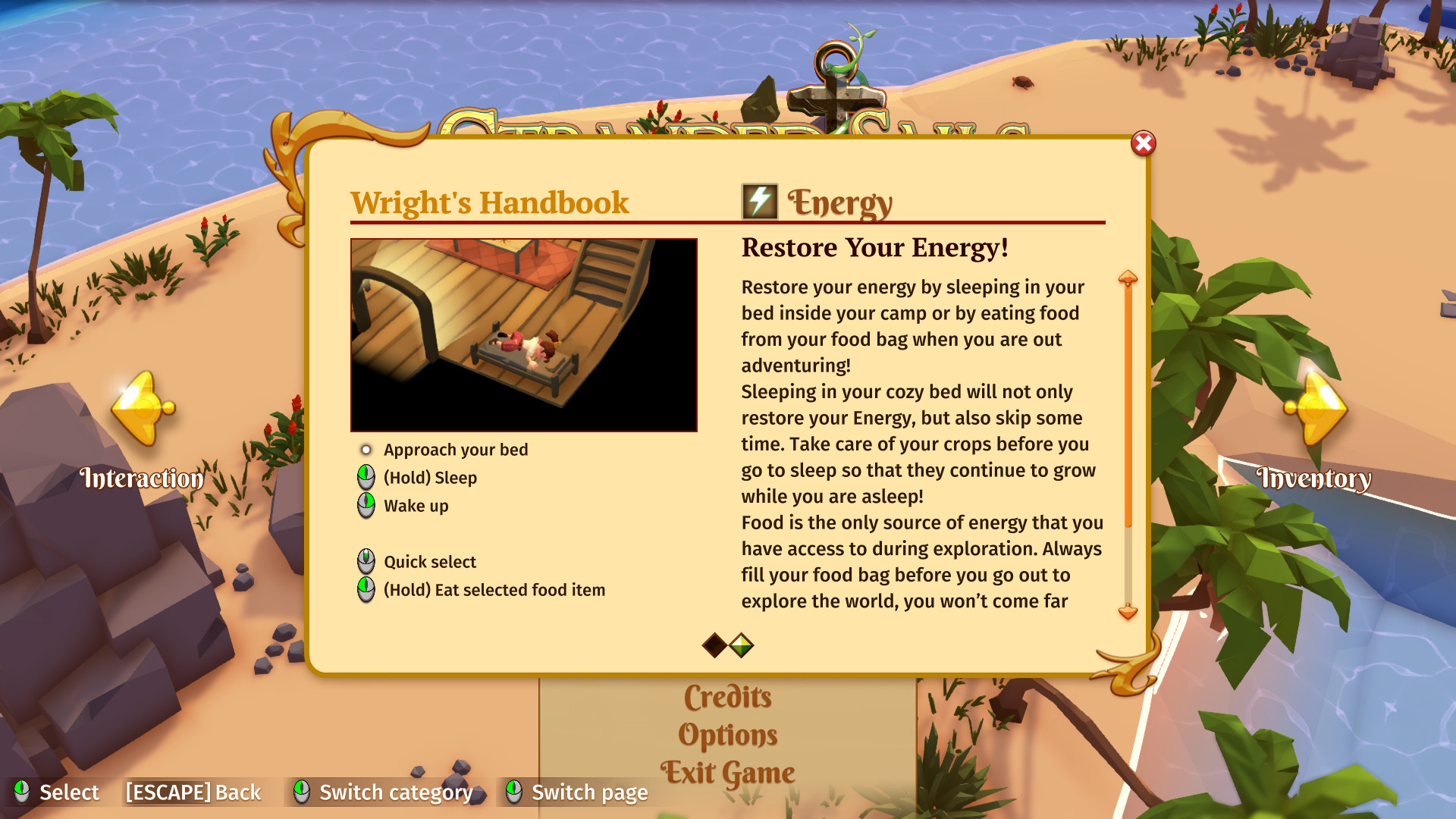 A Game for Everyone

As mentioned above, Stranded Sails isn’t the kind of hardcore game that will keep you just two steps from death half of the time (and mostly dead the other half). It’s a casual survival game, focused on exploration and story with the addition of the adventure aspect of being stranded on a tropical island, rather than the arduous particulars of human survival in a hostile climate.

Those who would prefer to be a little more prepared for the challenge can head over to the Official Stranded Sails Wiki to brush up on their survival skills and see what awaits them!

The Earth is Not Enough: Deliver Us the Moon Again!