The Outer Worlds releases today from veteran studio Obsidian Entertainment, the minds behind Star Wars: Knights of the Old Republic II, Fallout: New Vegas, and the acclaimed Pillars of Eternity series, as well as many others. This time they introduce us to a brand new RPG with a unique setting that blasts off to the furthest reaches of space.

Want to be Someone? Well, friend, be someone better with the Halcyon Holdings Corporation and protect humanity as it grows and thrives in the furthest reaches of space. Or, y’know, you could do the complete opposite. Shoot for the stars, as they say, and you just might hit a Marauder and score a huge paycheck. 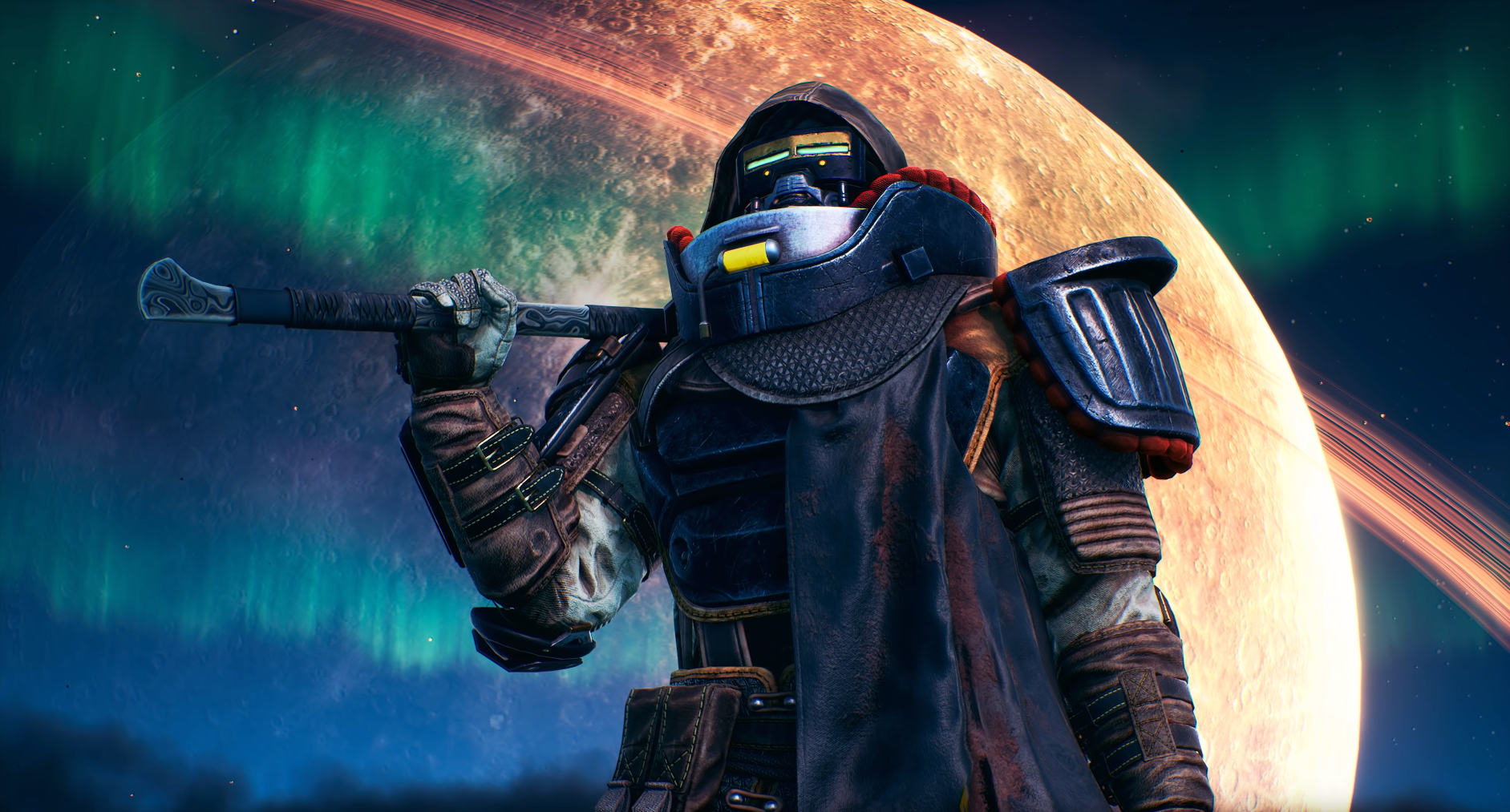 Set far in humanity’s future, players are first introduced to the distant system of Halcyon as the Stranger, a starry-eyed pioneer lured by the promise of a new life, who was meant to be a settler in the early waves, but is awakened from hibernation far later than expected. Your first clue that something isn’t quite right, other than being horribly late to the party, arrives after Phineas Welles wakes you up and asks you to help him. The problem is that he asks the player to help him fight back against your employer and the other corporations who have a stranglehold on the future and livelihood of the colonies.

At its core The Outer Worlds is a pure single player RPG, and the ideal of respecting player choice is something that is ever present throughout the game. Boasting a large branching main narrative with two distinct endings, Obsidian really wants to let the player go wild and direct the story in whichever way they want. Much like the games that inspired The Outer Worlds, such as Fallout 2, a game that many founding members of Obsidian worked directly on, freedom to make your own destiny is encouraged. Any NPC you come across can be interacted with in a variety of ways, even so far as killing every single person you see.

This detailed level of choice is reflected in the systems that go into The Outer Worlds as well. Factions are an integral part of the game and players will be presented with a wide variety of them, each with differing goals and creeds to work with, or against. While the Stranger was hired by the Halcyon Holdings Corporation to settle in their name this does not limit the player to that particular faction by any means. You can make them your dearest friends and toe the corporate line, or join with the opposition to dismantle them piece by piece. 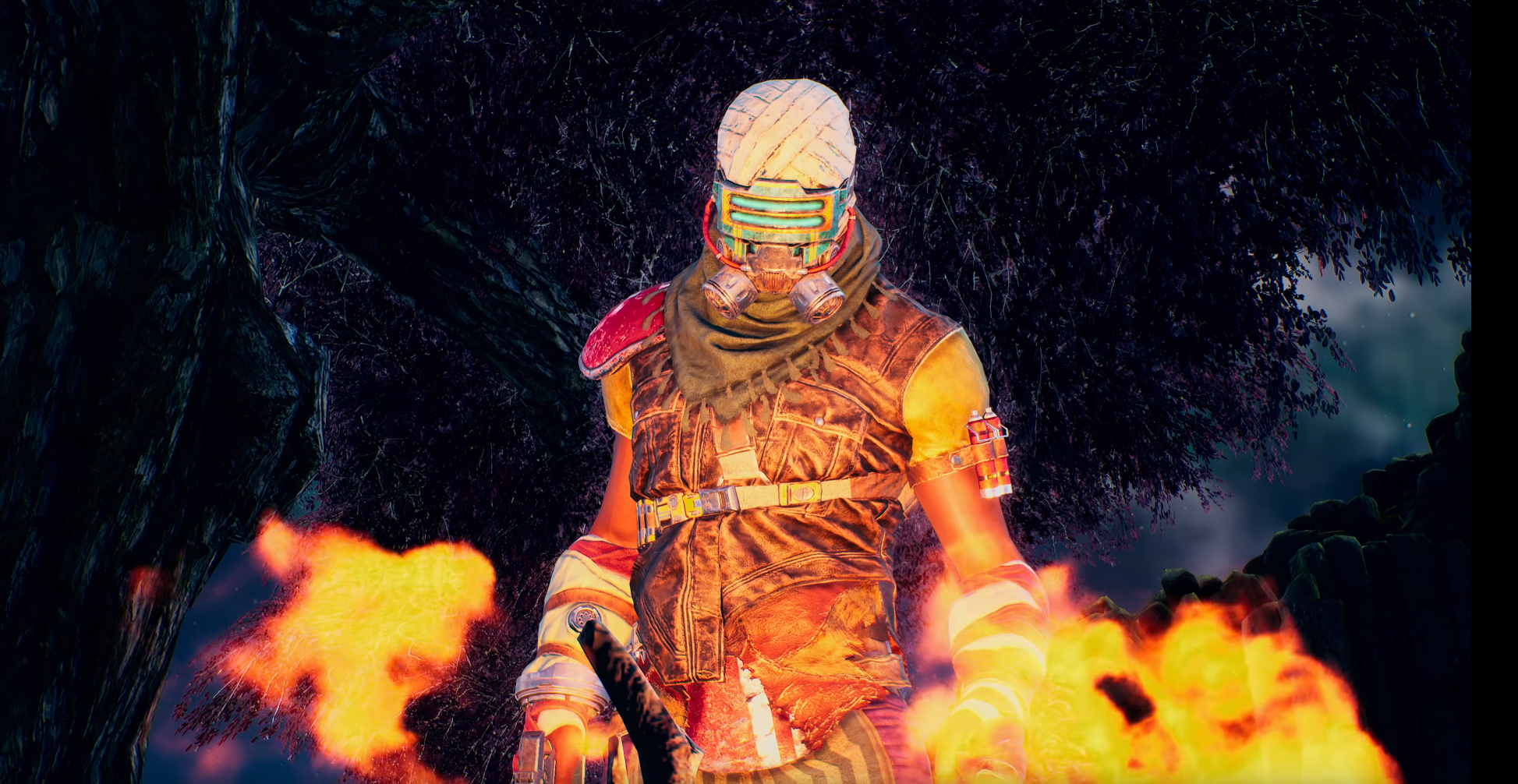 If you love talking those factions out of all their loot, or if you think talk is cheap and just want to shoot them until they give up those sweet goodies, the game also sports a leveling system that embraces that concept of decision making. Skill points are awarded each level and can be distributed in any way desired, allowing for a wide variety of play styles. These skills are supplemented by a rich array of perks that can help specialize the character even further. Fleshing this out even more is the addition of flaws, negative modifiers acquired through gameplay itself, that the player can take on to add an immediate perk to their character.

The Outer Worlds releases today on XBox One, PS4, and for the PC on Epic Game Store and Microsoft Windows Store. Also, if you want a helping hand charting your course through the Halcyon system, then check out The Outer Worlds wiki and see what it's all about.