The Long Winter update for Supergiant Games’ rogue-like action RPG Hades is now available! This major update adds the Olympian Demeter, a Rod of Fishing, a new Aspect for the Eternal Spear, new Boons and story events, and much more. Most importantly, The Long Winter update introduces a new possible type of build using upgrades which restore life when you hit; however, your maximum total health is massively reduced. 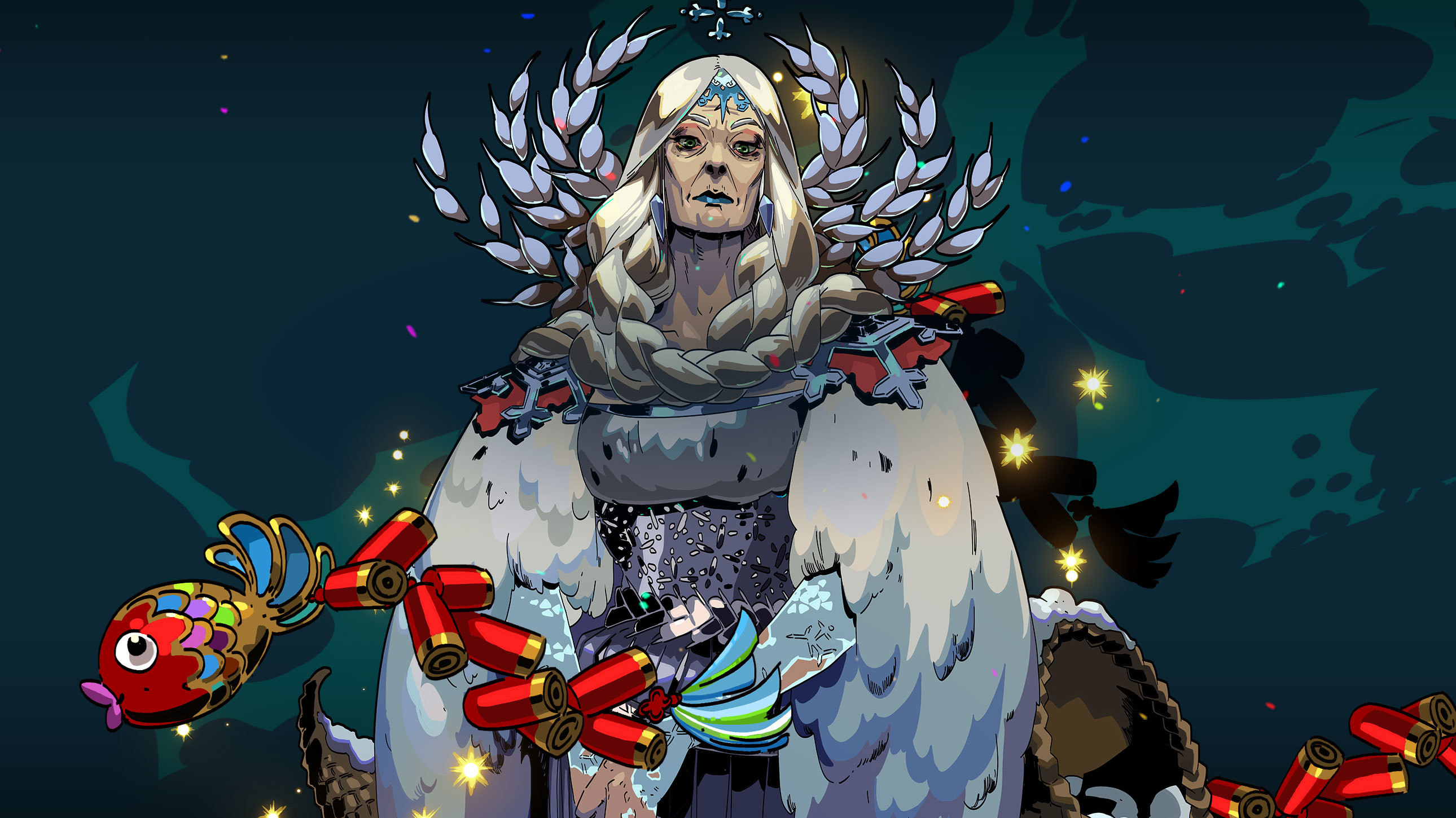 Demeter is the latest Olympian to be added to the game, and players can gain powerful new boons when they encounter her during escape attempts. Demeter has a focus on winter themed boons which apply the new stacking Chill effect to enemies, causing them to be substantially slowed for a short period of time. Additionally, Demeter’s seasoned cunning will leave players feeling like they may be getting the cold shoulder from her; however, exploring the story further may reveal that Demeter has something to do with the subtly hinted at endless winter happening in the mortal realms. 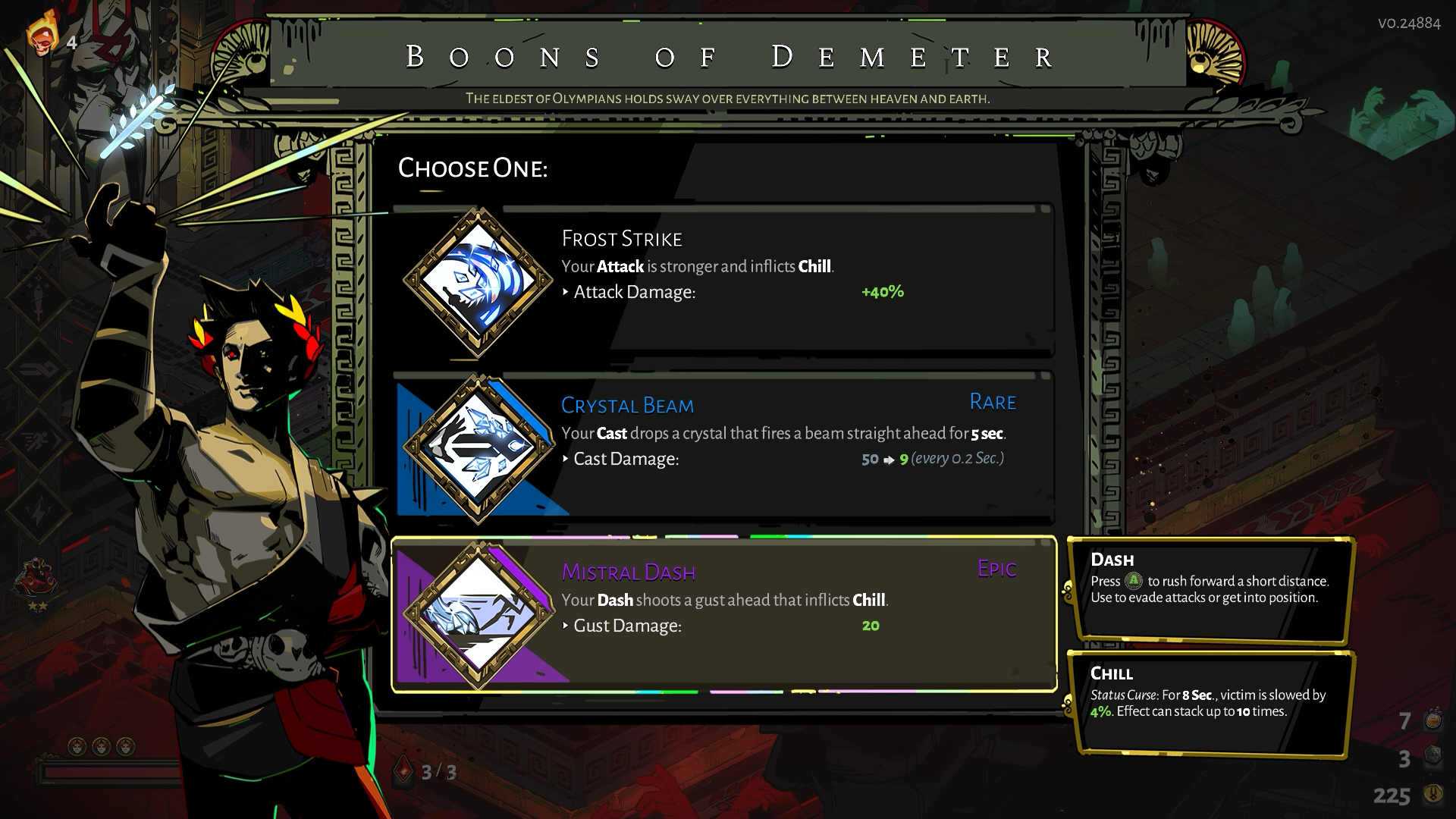 The Long Winter update has also added the Aspect of Guan Yu, a new Aspect for the Eternal Spear. After unlocking it by spending three Titan’s Blood, players will find an entirely new play style previously unseen within Hades. The Aspect of Guan Yu will massively reduce a players’ total HP, but the spin attack will now restore health when it hits a target. The spin attack also transforms into a spinning cyclone that fires slowly outward from your character, giving the spear an additional ranged attack. Other boons and upgrades allow this play style to be used with various other weapons, and players with running high Heat should be cautious with the dangerously low health total, since it is likely they will be one-shot in many scenarios. 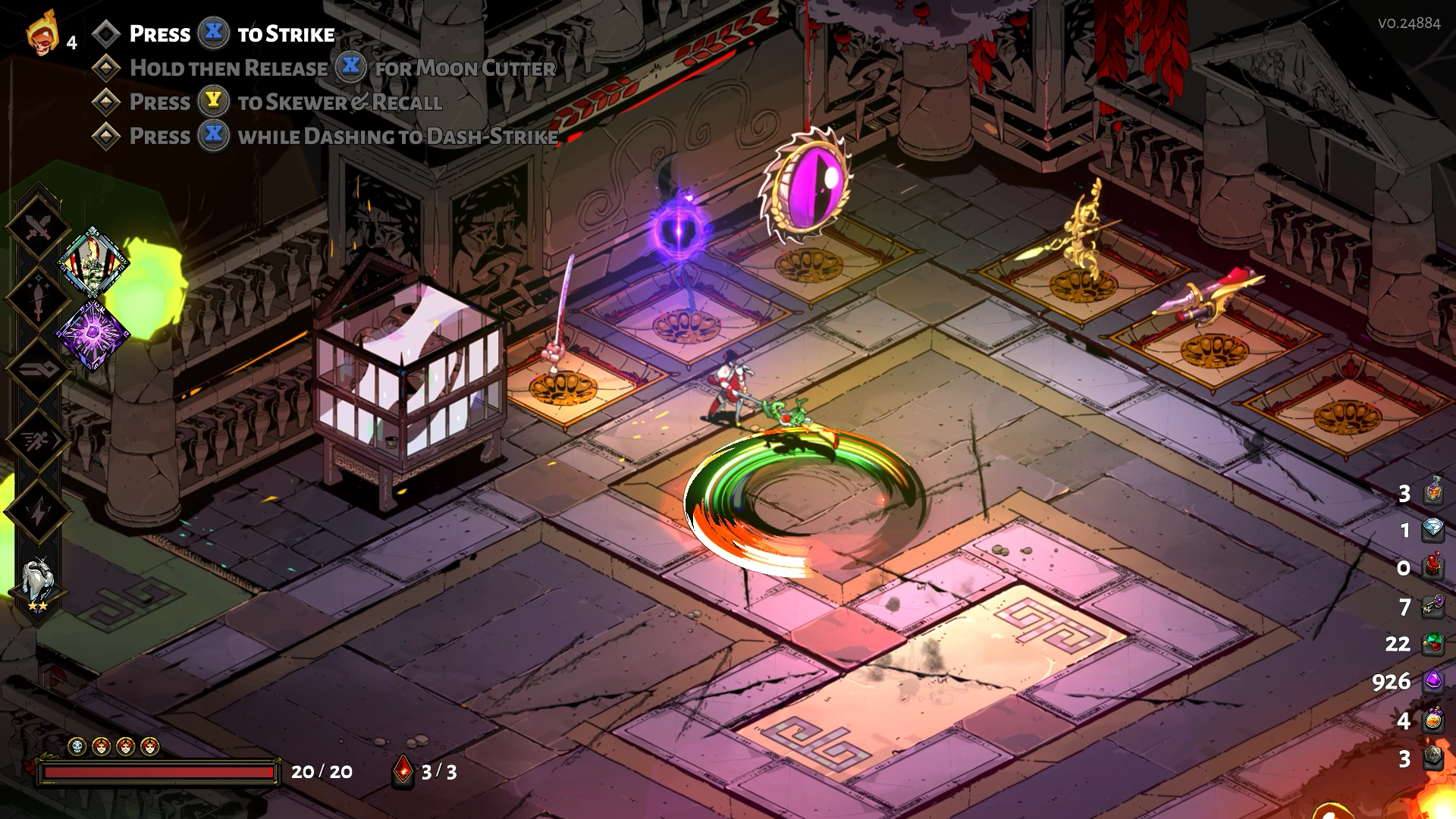 The Long Winter update for Hades features countless balance changes and new ways to experience the game, but also expands the story and lore substantially. Players who are interested in discovering the secrets of the world should jump in and experience the new story elements for themselves, and be sure to visit our Wiki here for more information!