Warcraft III: Reforged has launched today! Developed by Blizzard Entertainment, Warcraft III: Reforged is the remastered edition of Warcraft III: Reign of Chaos and its expansion The Frozen Throne, which initially released on July 3, 2002 and July 1, 2003. Warcraft III is a real-time strategy game which follows the story of Prince Arthas Menethil and his rise to power as the Lich King while the rest of Azeroth faces an imminent invasion from The Burning Legion. Warcraft III is a legendary game which set the stage for Blizzard's following release that would go on to become one of the most successful games of all time, World of Warcraft. Warcraft III also spawned the entire MOBA genre with DotA (Defense of the Ancients) being one of the most popular custom games in multiplayer.

The most notable change for Reforged is the updated visuals. The entire game has been born anew with every unit, building, and environment having been re-done with modern rendering and modeling. Reforged runs on an updated version of the original Warcraft III engine to preserve the feel of the game as much as possible, however, the graphics engine has been completely redesigned. Even with these changes, many of the old mods and custom games have preserved functionality in Reforged, making importing them a far less tedious process. Reforged also continues to provide a free map editor for anyone wishing to try their hand at creating their own custom games with the powerful and easy-to-learn tool for level creation and custom script editing. 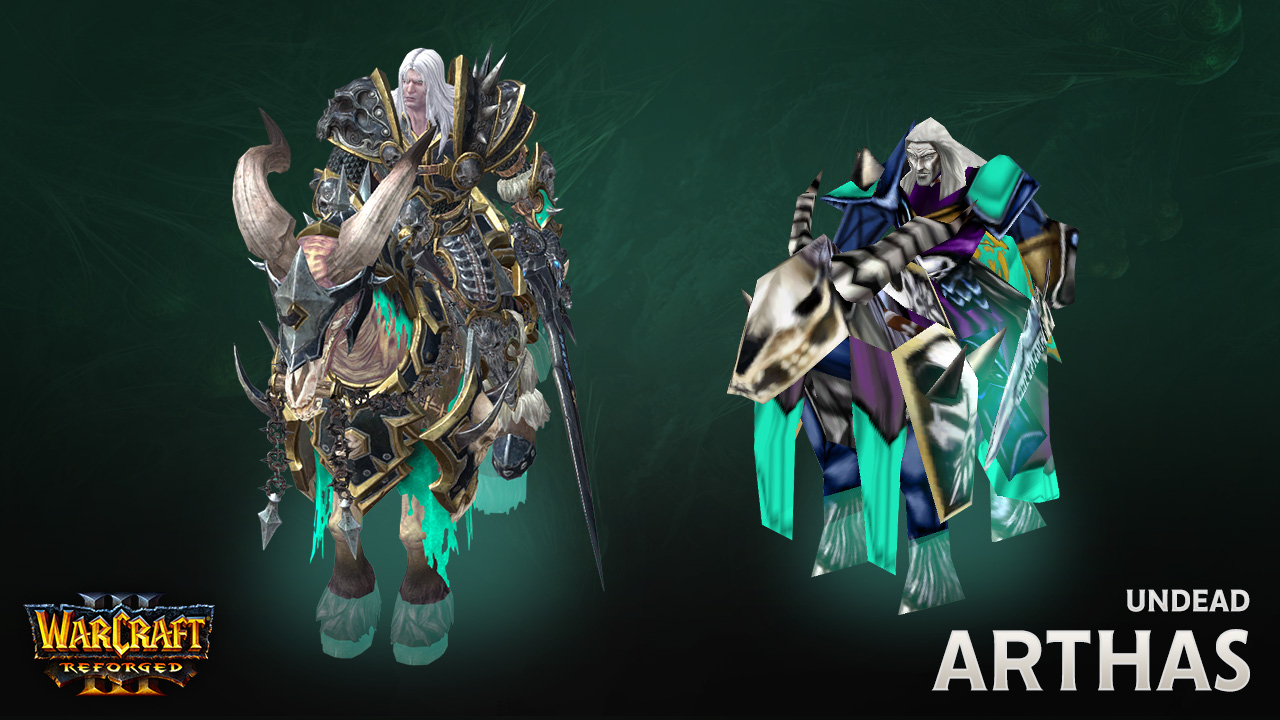 Since both campaigns from Reign of Chaos and The Frozen Throne are playable, you're able to dive back in and play through 62 single-player missions which will take players across Kalimdor, Lordaeron, Northrend, and beyond. You'll have the opportunity to reintroduce yourself with legendary heroes and villains such as Arthas, Sylvanas, Tyrande, Illidan, Mal'Ganis, and Kel'Thuzad while playing as the Humans, Orcs, Undead, and Night Elves. For an endless amount of fun, jump into multiplayer and play either ranked or unranked competitive games, or experience what other players have created in custom games. Reforged also introduces rebalanced gameplay through hundreds of balance changes for heroes, units, and buildings to update Warcraft III to the modern age of competitive multiplayer.

Warcraft III: Reforged is out today and has an optional Spoils of War edition which unlocks new hero skins for Arthas, Thrall, Jaina, and Cenarius. The Spoils of War edition also provides players with several other in-game rewards for the other Blizzard games, such as the Meat Wagon mount for World of Warcraft, a Mal'Ganis pet for Diablo III, player icons and animated sprays for Overwatch, and more! For further information on Warcraft III: Reforged, be sure to visit our Warcraft wiki here!