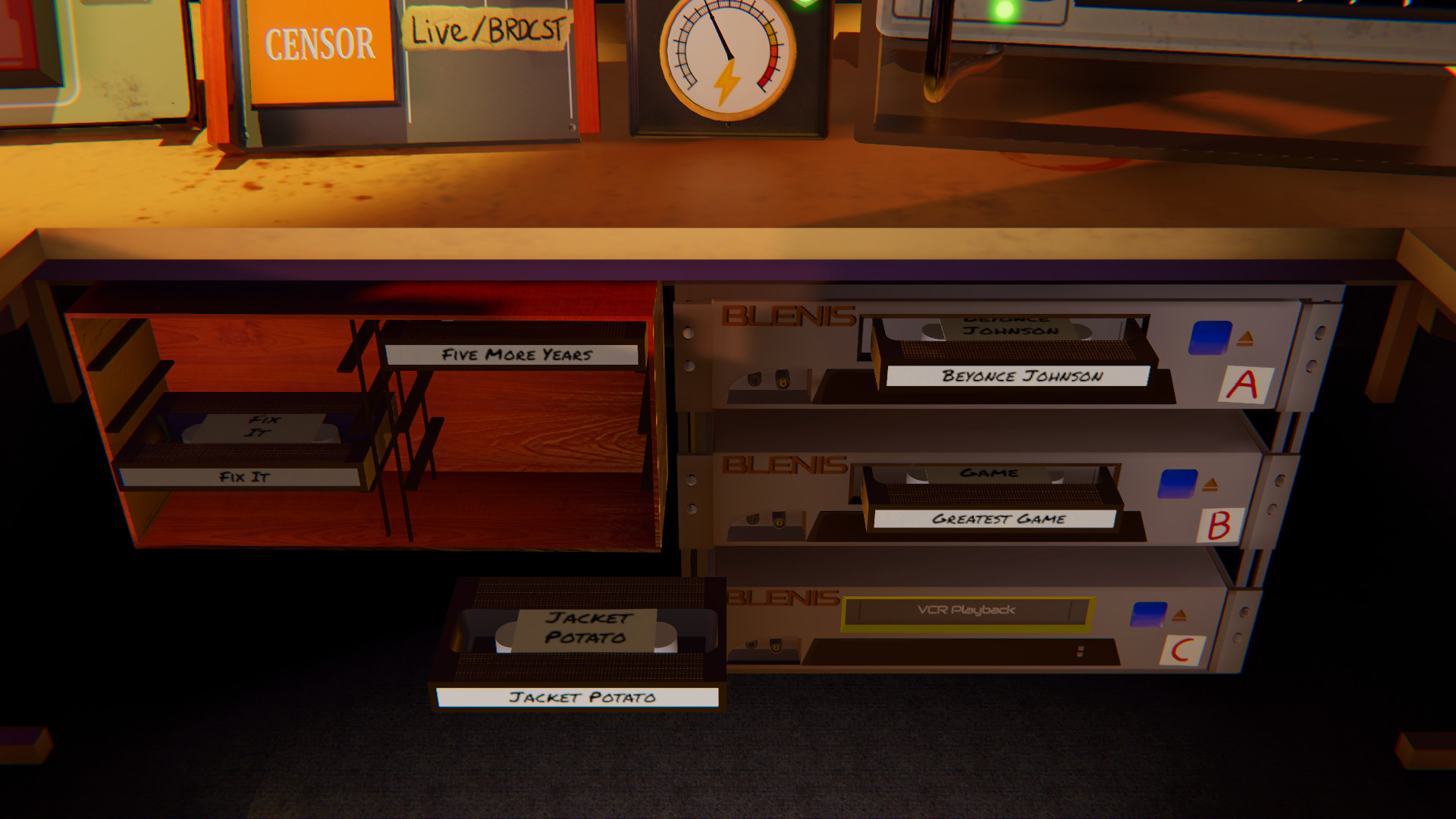 I don't believe I've ever thought about the control room operator when watching TV. The actors, directors, writers, costumers - sure. But there's an unsung television production position in my mind, and that is whoever watches the screens and quite literally dictates what I end up seeing. Like any good video game looking to do something weird and different, Not for Broadcast centers its entire narrative and mechanical pitch around that very job. From the limited time I spent with it, I must say that I'll never underestimate the hardworking knob switchers again.

Set in a bizarro 1980s England, where social and political climate seems to be spiraling towards dystopia, you play as a janitor who just came in to clean up the place. Suspiciously, the man who is supposed to be running the switchboard no-shows, but calls you to walk you through the process of keeping the show running. Your field promotion to master control room operator is swift and intimidating as you're thrown head first into the task of keeping the nightly news broadcast running smoothly. 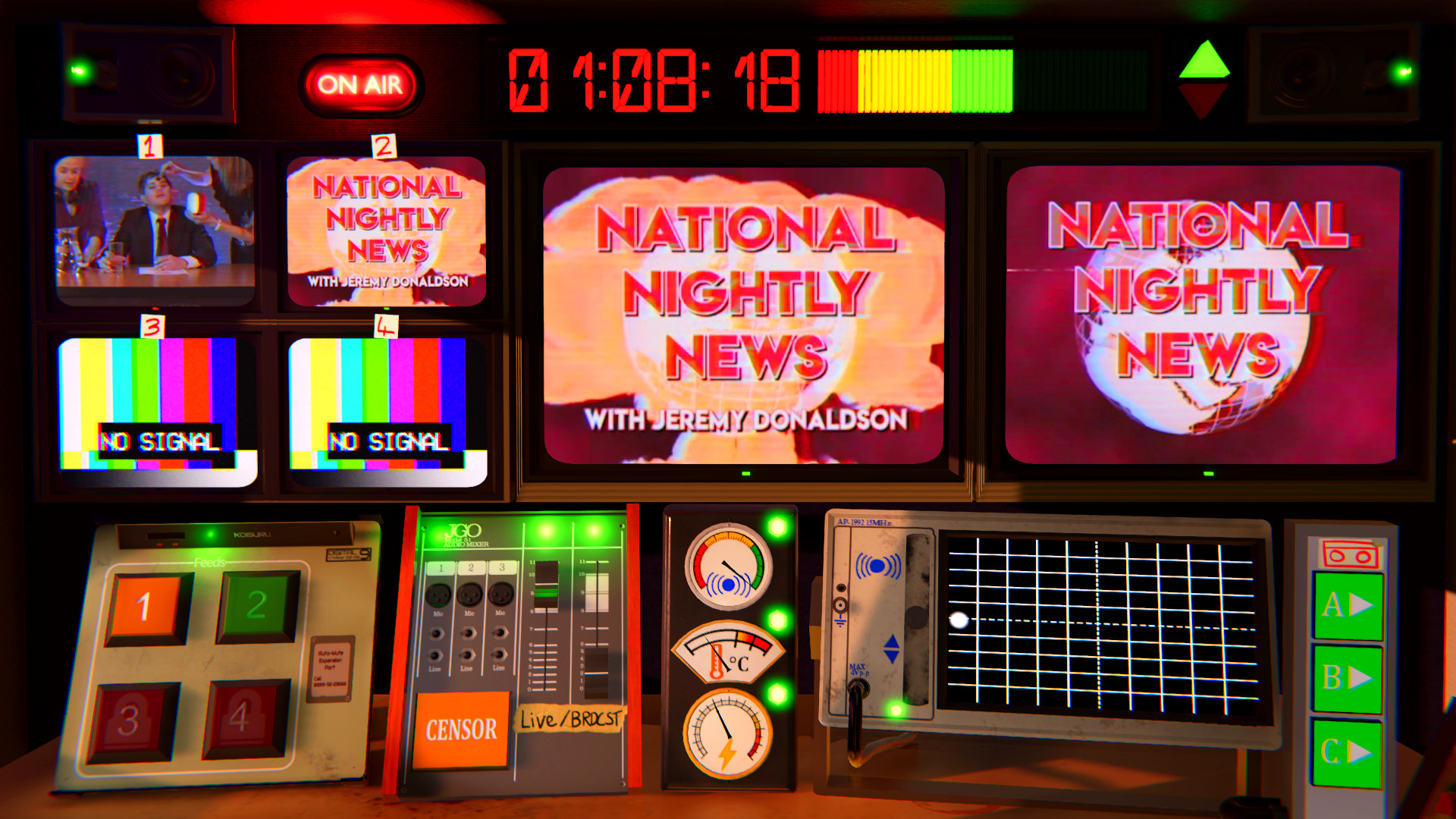 Gameplay wise, this means a lot of hovering over buttons and watching screens and waiting to switch cameras or censor swears. This doesn't sound terribly interesting, but in practice, it's harrowing. The idea that this is a high pressure job that you are a novice in is present from the jump. I felt under the gun trying to time screen switches, title card fades, and ads, all while tuning away interference. Juggling cameras between speakers and being diligent about bad language is maybe one of the most difficult things I've done in one of these work simulator games. But I also feel like parts of my brain that I've never used before have been activated.

A lot of props to the writing and acting going on in the FMVs and voice overs as well. The man on the phone seems to adjust to your actions pretty accurately, chiding you when you're lingering too long on a shot, and complimenting you when you hit a cue correctly. The segments themselves have a whole lot to observe, with every actor delivering something valuable while both listening and talking. Figuring out how to lace reactions in between long dialogues is a hidden talent that you'll have to discover for yourself. When you successfully punctuate a wild sentence from a subject with the awkward grimace of the interviewer, you feel like a directorial genius.

Not For Broadcast hits Steam Early Access today. If you need more information about broadcast manipulation, come to our Not for Broadcast wiki!