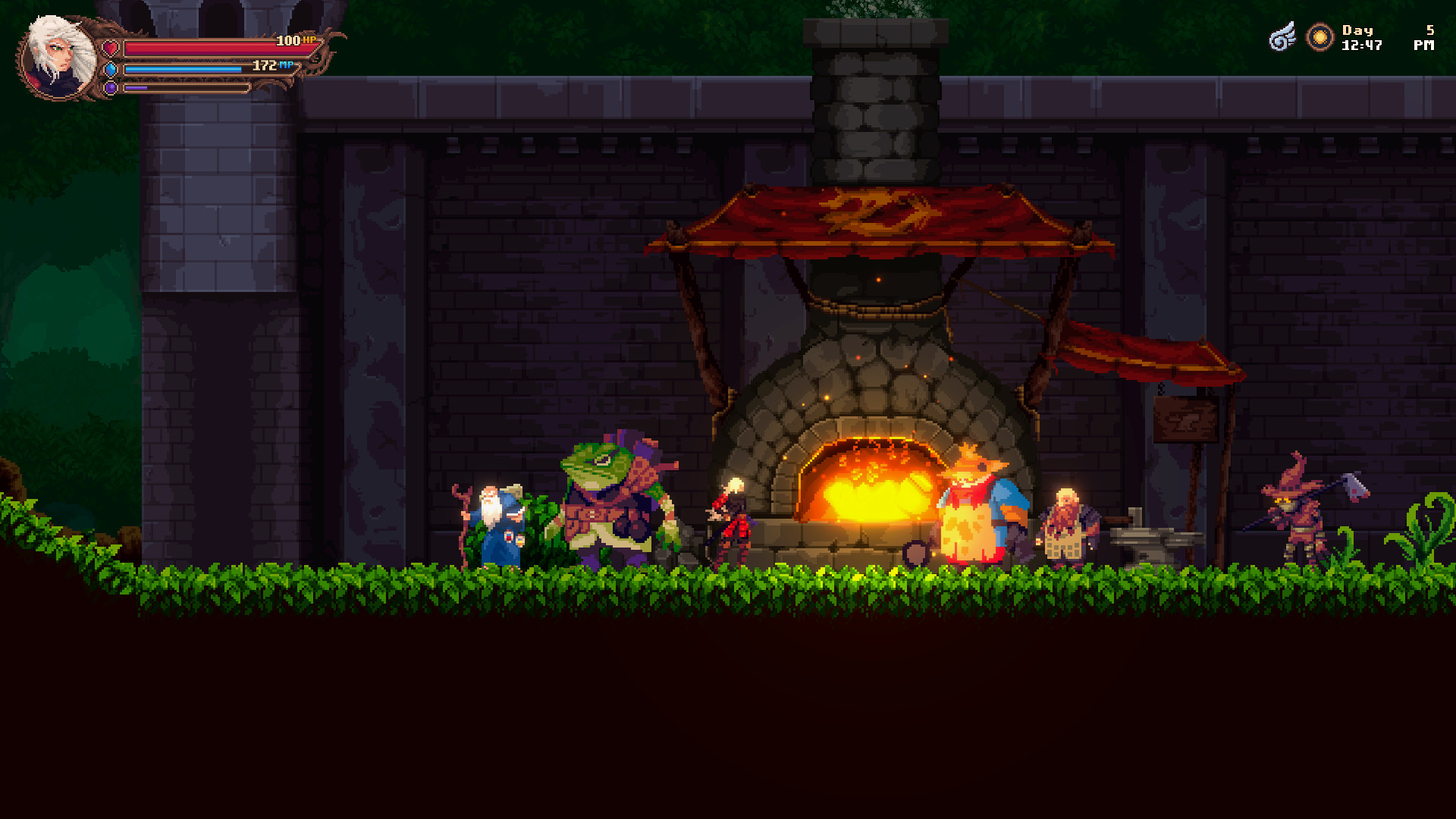 Making a strong first impression as an indie dev is crucial to standing out among the growing swarms of games that end up on digital storefronts every passing day. I don't want to make any undo promises for the rookie studio, Pyxeralia, but Mists of Noyah might be set to become a strong introduction for them.

Announced quietly back in November, Mists of Noyah is a co-op base builder/defender with some slick visuals and intense 2D action. As the trailer highlights, five different characters will use blades, bolts, and magic to combo a demon menace into oblivion. The sprites look great and expressive in motion, adding that sort of oomph to watching a katana-wielding badass dash through a wall of bozos and back before they even know they're dead. 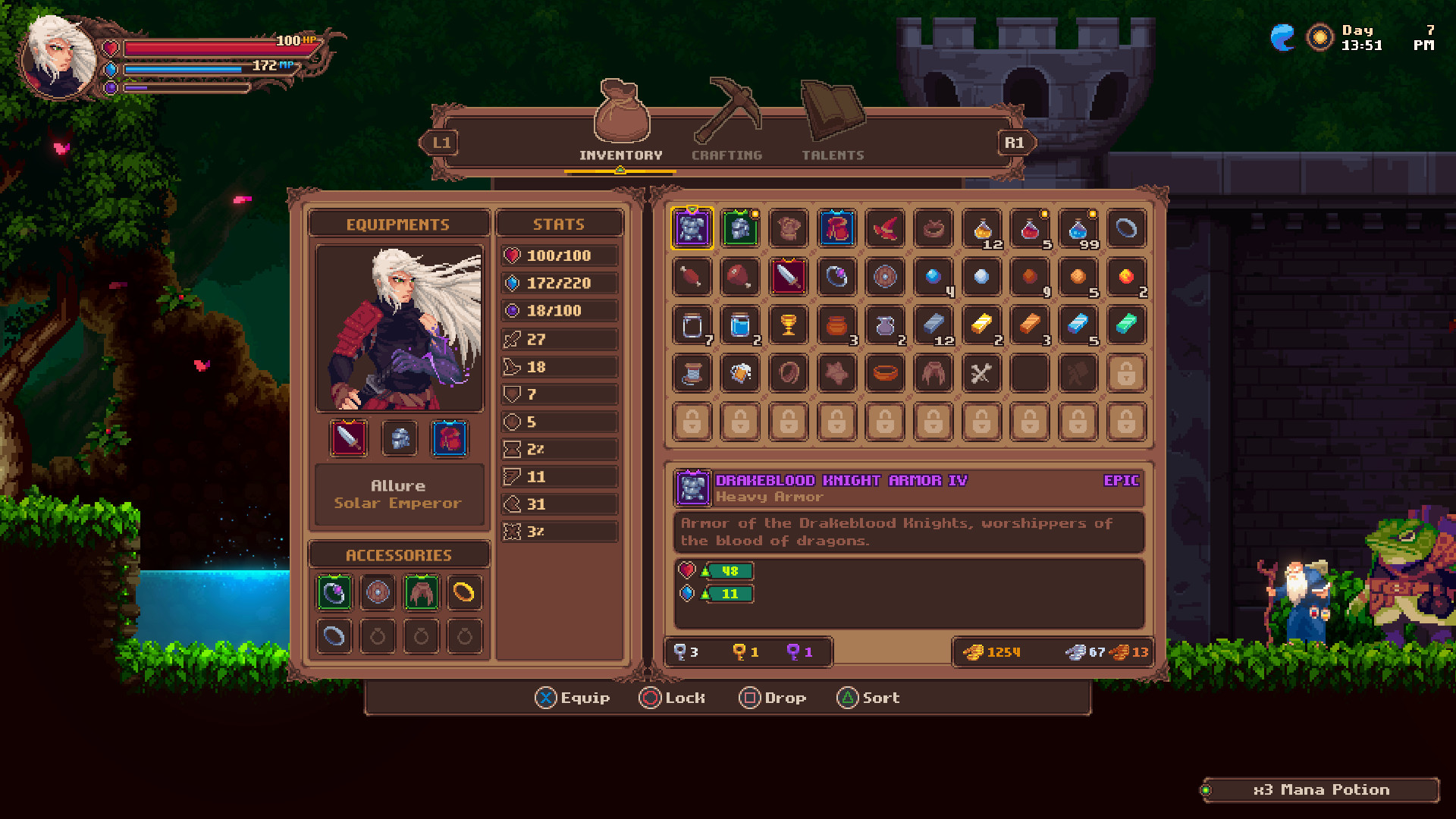 Mists plays in two phases: day and night. During the day, you must explore the region and gather resources. Wood, iron, gold and the like can all be used inside the fort for repairs and fortifications. While out in the wild, you may also meet lost inhabitants of the fort and escort them back to safety. While preparing for nightfall, you can help these new inhabitants reestablish themselves, which also means they'll provide you access to forges and alchemy. Crafting new powerful weapons, potions, and spells is key to survival.

At night, you'll be building defenses and testing them against an onslaught of enemies hoping to tear it to the ground. Every full moon, the demons strength and ferocity grows. Some of the more intelligent monsters form their own bases out in the region, and you'll have to destroy them if your fort has any chance fore survival during these waves.

See some of this in motion below:

Mists of Noyah hits Steam Early Access today! For tips on how to keep your fort standing, come to our Official Mists of Noyah Wiki!