While action RPG fans have been abuzz with the reveal of Path of Exile 2 late last year, that doesn’t mean the current game is slowing down anytime soon. A new expansion is on the horizon, and it will have players looking inward to face their greatest fears.

Many previous Path of Exile leagues have brought new types of gameplay along with them. Whether it’s infiltrating a criminal cartel, collecting creatures, or crafting a boss monster to do battle against, players have become accustomed to each new expansion adding a twist to the tried-and-true Path of Exile formula.

This latest expansion, Delirium, goes back to basics by delivering more of what Path of Exile does best — battling loads and loads of monsters. Grinding Gear Games’ Chris Wilson recently told us more. 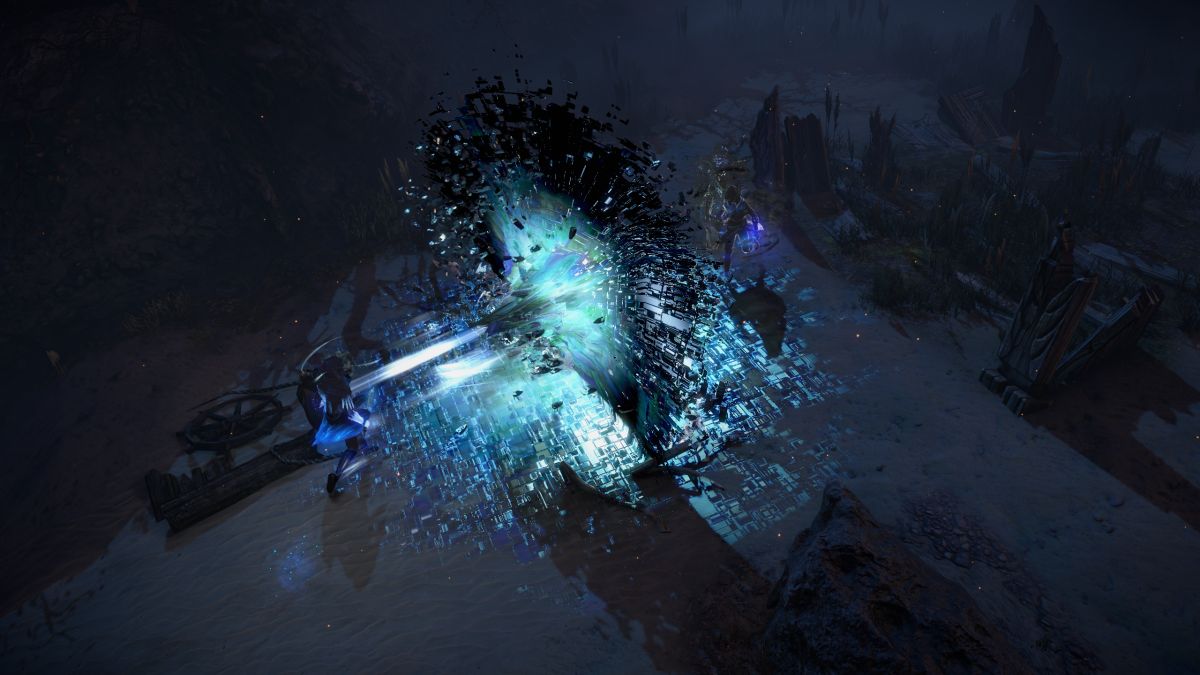 While playing the game, players may stumble upon the Mirror of Delirium, and along with it, a ghostly, mirror-world version of themselves. Touching the mirror will start a deadly encounter that sees the area bathed in mist and spawn all manner of dream-like creatures out for blood. Some of these creatures will be modified versions of ones normally found in a given area, while others will be completely new to the Delirium league. The further players move away from the mirror and deeper into the mist, the more challenging foes that will appear (and more rewarding loot to go along with them).

Delirium is different from many previous Path of Exile leagues in that Delirium encounters affect all existing content in the game. Players can actually encounter Delirium versions of previous league content. Even boss fights can be affected by Delirium. Wilson showed us the Act Six boss fight against the Brine King modified by Delirium, where a ghostly-horror would emerge from within the Brine King’s shell periodically to attack players. 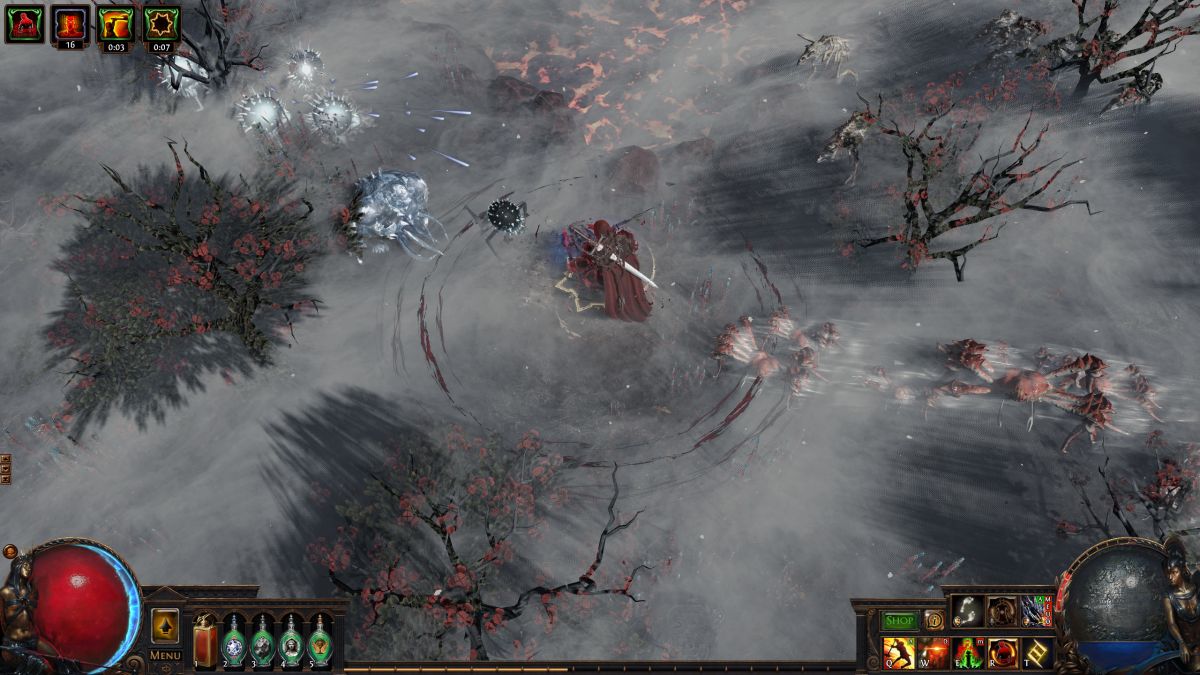 Completing Delirium encounters will reward players with specific types of rewards, ranging from currencies, to map items, and new gear. Kill enough creatures in the encounter, and you’ll be rewarded. Orbs of Delirium, which each have a specific reward type applied to it, can be applied to end game maps as well. These end-game versions of Delirium have a chance to reward players with Simulacrum Splinters. Manage to secure 100 of these splinters and players will be rewarded by a special, end-game challenge that GGG is keeping secret for now.

One of the most exciting new item types being added in the Delirium league are cluster jewels. These items can be placed onto the passive skill tree to add even more passive skill slots, allowing even further player build customization. There are small, medium, and large cluster jewels, all which have a different number of passive slots. Some cluster jewels will even contain build-defining abilities. GGG showed one cluster jewel which contained a keystone passive called Hollow Palm Technique, which allowed for an unarmed monk-style build. GGG describes the addition of cluster jewels as the biggest change to player build customization since 2016’s introduction of Ascendancy classes, so it should be exciting to see what players come up with as they put their own, custom spin on tried-and-true character builds. 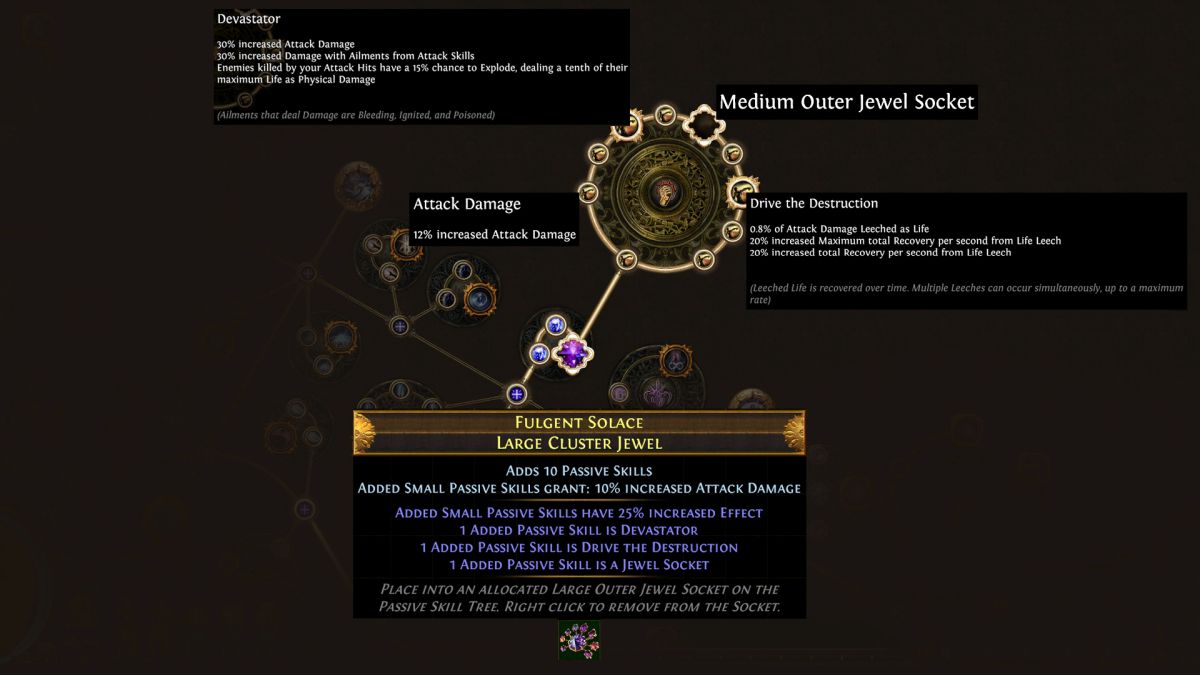 As with most new leagues, there will also be quality of life improvements across the board. Updates will be coming to the end-game Atlas that were introduced in the Conquerors of the Atlas update, and the most recent league, Metamorph, will become a core part of the game.

New abilities and items are coming as well. Wilson said that for awhile now, new abilities or ability reworks had been tied to various archetypes, but that for this league the team had run out of archetypes that they felt needed an update. Instead, Wilson says the team focused on simply making cool new abilities. Path of Exile: Delirium will include four new skills and three new support gems.

One of those new skills is Blade Blast. Once Delirium is released, all blade skills will leave blades behind in the environment, which can then be caused to explode with the Blade Blast skill. Another new skill coming to the game is Forking Bolt, a wand skill that creates a bolt of physical damage from a wand and weaves between enemies. And there will be new unique items as well, like a piece of armor that allows players to carry two banners at once or a pair of gloves that will benefit those who are looking to combine shock and frost damage.

There’s a lot to look forward to in Path of Exile: Delirium, and thankfully players won’t have to wait long. The update arrives for PC players on March 13, with release on consoles sometime the following week. For more on everything Path of Exile, be sure to read our interview with GGG co-founder Chris Wilson, and as always, be sure to check out the Official Path of Exile Wiki.