Way back on March 11, 2015 Ori and the Blind Forest launched for Xbox One and Windows from a once little known Austrian game studio called Moon Studios. Working with a distributed development structure where the developers each work from their respective locations around the globe, it allowed them to work with a diverse team of talent and to focus on the depth and polish of the game and systems. Drawing inspiration from metroidvania titles of the past and the storytelling of animated epics such as Lion King and the Iron Giant, Ori and the Blind Forest aimed to rekindle the ember of the genre and weave it into the tapestry of a grand emotive story.

Five years later it’s safe to say that Moon Studios achieved their goal as the original game sits on a mountain of overwhelmingly positive reviews on Steam and a very solid metacritic rating of 88. Now the titular Ori, a charming rabbit-like critter, returns in the Will of the Wisps with Moon Studios trying to push the envelope to deliver a new evolved experience. In the intervening years since the first game’s launch there has been a host of new metroidvania games like Hollow Knight that have brought their own unique flair to the genre and expanded on the formula. The new Ori has looked at this in fine detail and has been built with the intent to add to that formula and elevate it even further. 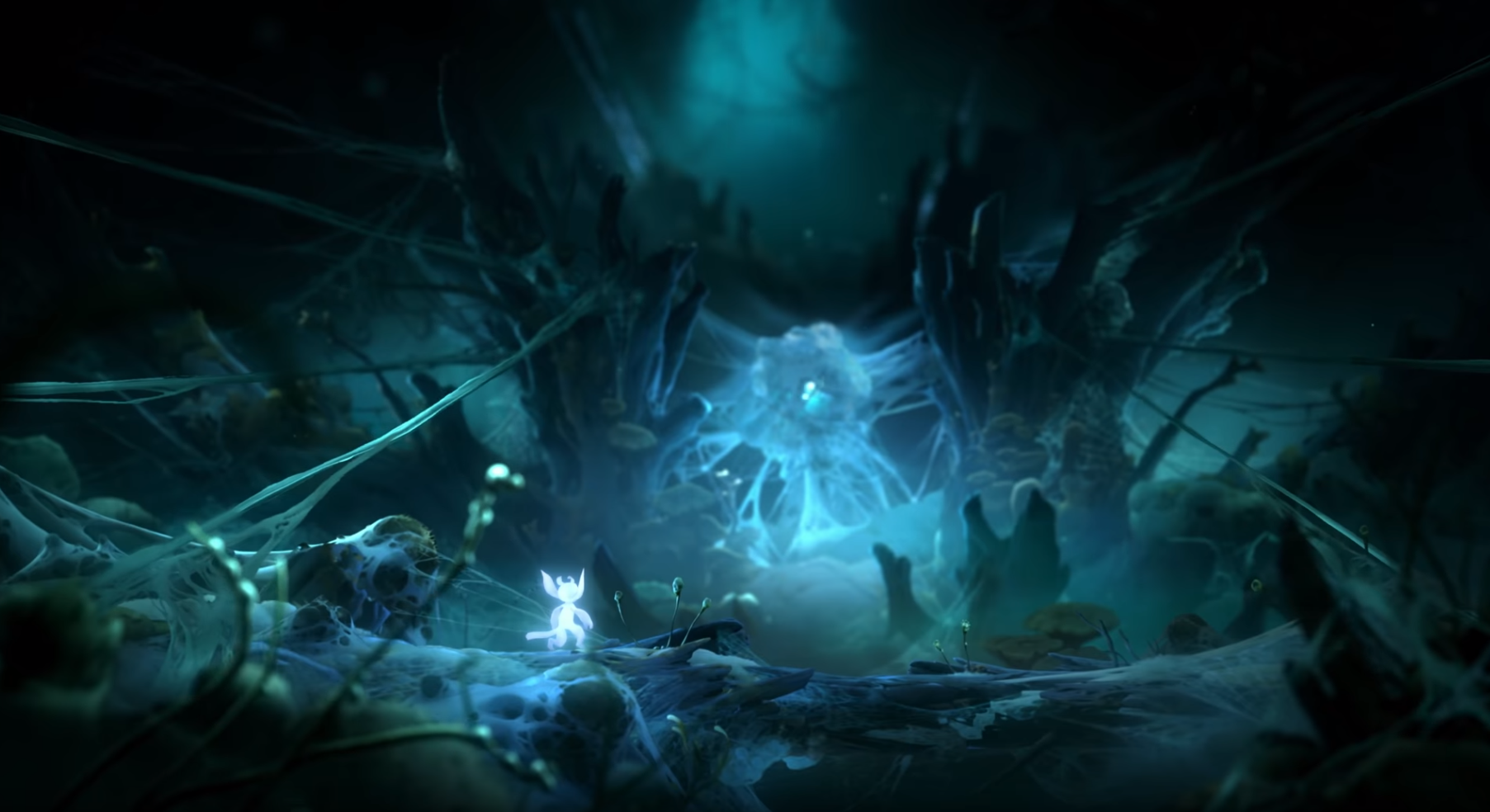 In the first game, Ori had a rather simple but effective skill tree that would unlock as you play to allow you to progress. In his new incarnation, however, Ori instead has a spirit shard system that hearkens back to Hollow Knight’s charms, and combat that is more directly inspired from souls-like games. The goal in this case is to allow for players to create builds that suit their playstyle and add a layer of replayability to the game beyond what was achieved in Blind Forest. Being fans of the Diablo series, especially past entries, the devs wanted to bring that air of build variance to each playthrough that can drastically change how you approach success.

The combat isn’t the only thing cranked up to the next level in the Will of the Wisps, of course. When Blind Forest launched it was lauded for a brilliant soundtrack and amazing hand painted backdrops that drew the player in and really set the scene for the story to unfold. If the original game was a feast for the sense then this new one is even more spectacular to behold. The hand painted environments return with a massive upgrade to the lighting system that really makes the scenery pop. 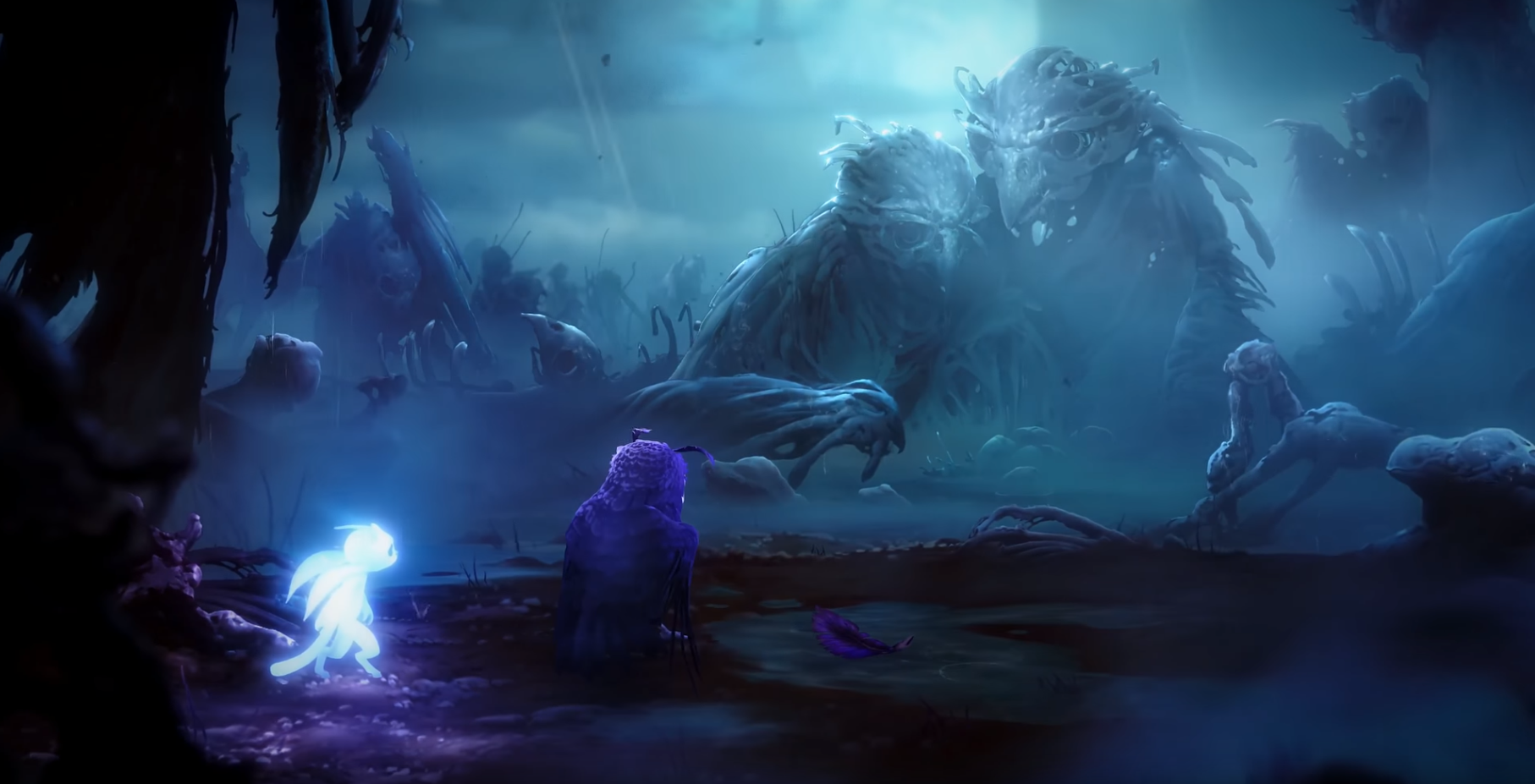 Moon Studios runs with the idea of pushing boundaries with the main character’s journey as well. In Blind Forest, Ori had to escape tragedy and figure out what to do to survive within the forest itself, but now that is all left behind as the adventure proceeds into the world outside. Now Ori must explore far afield from the known, and discover the true destiny that lies ahead. The developers have promised that this new entry will not only be a physical journey for players to undertake but also another emotionally charged narrative to cut some onions to.

Ori and the Will of the Wisps launches today for Xbox One and Windows. Stop by the wiki to keep up with news, strategies, and builds for our glowing cabbit friend!