For the first time since Kung Fu Chaos seventeen years ago, Ninja Theory is releasing a multiplayer game. Bleeding Edge might come as a surprise to players used to their single player offerings, such as Enslaved, the critically acclaimed DmC: Devlil May Cry, or Hellblade: Senua’s Sacrifice, but the studio has been trying to develop a multiplayer title for several years. Now, as part of Microsoft Studios, they can achieve that goal, with the result of their work available on Microsoft Windows and Xbox One. 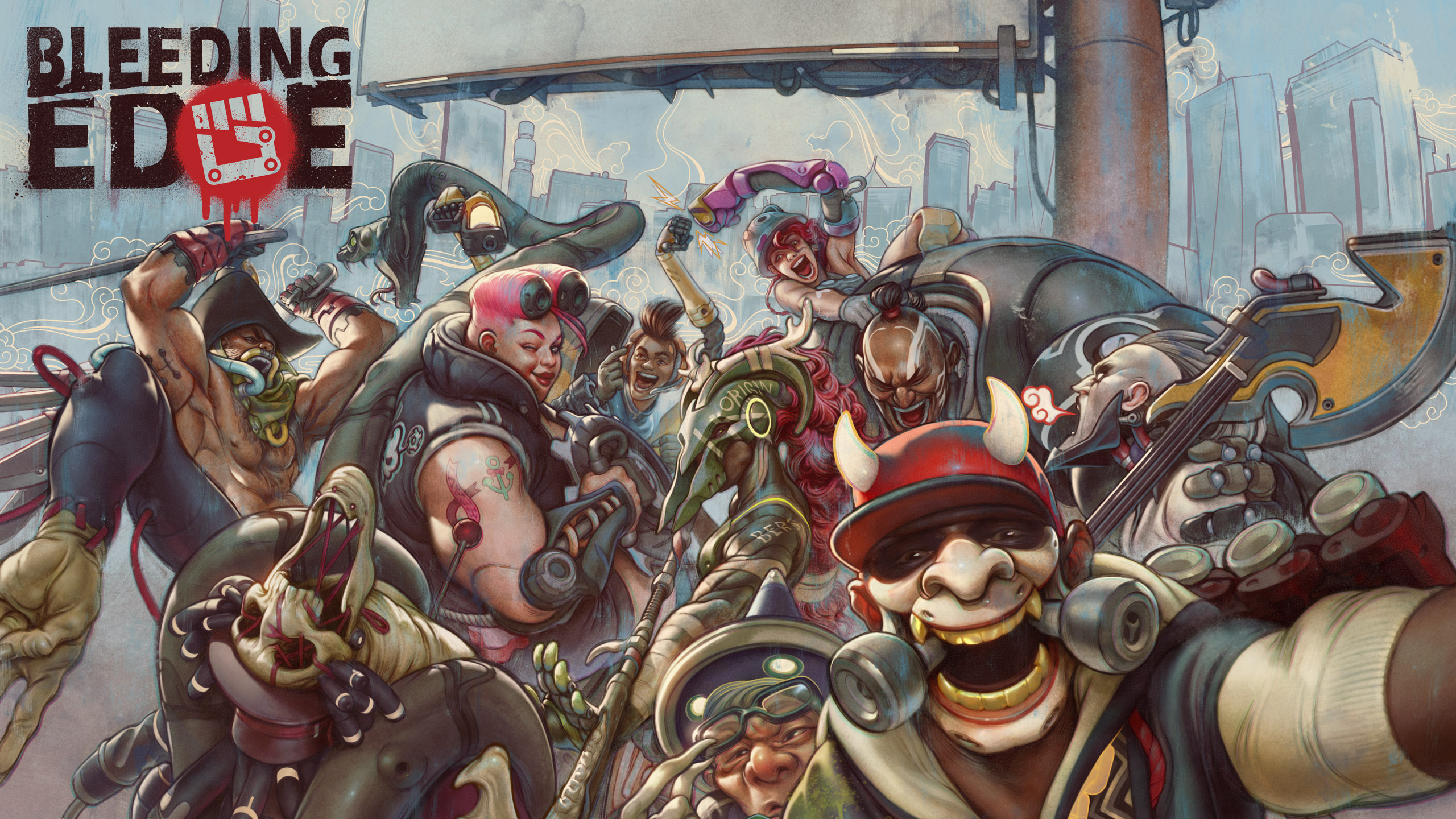 A Rather Colorful Dystopia

Bleeding Edge is set in a dystopian world, where the bleakness of everyday existence is painted over with neon colors and copious consumerism. The similarities with our reality end when the augmentations start: The art of expanding human capabilities by grafting high tech components onto their bodies has exploded in the world. Violently so, as hackers have soon unlocked the potential of proprietary technologies and black market modifications started appearing like wildfire. 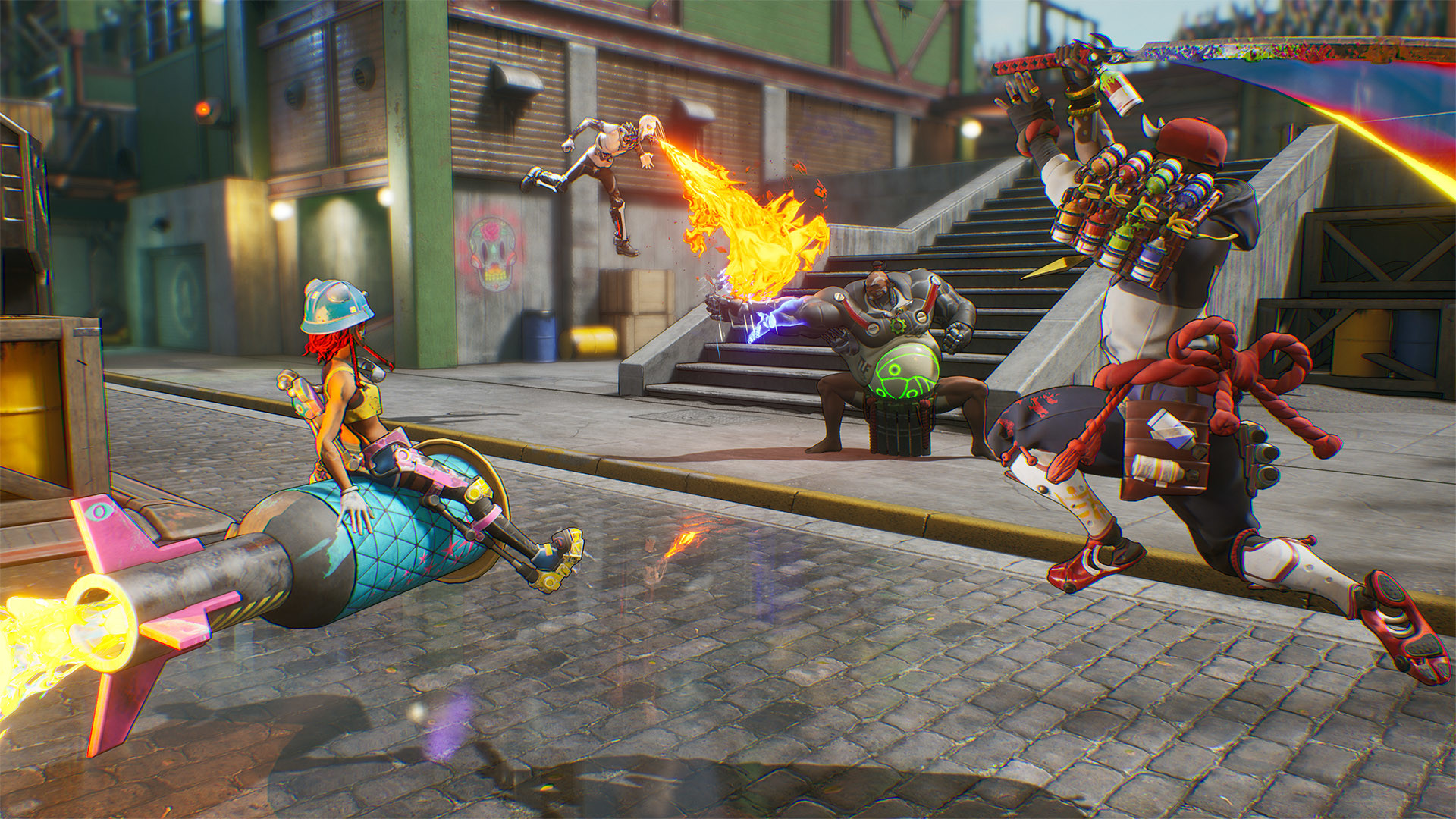 The Cast of Anti-heroes

You fight in two teams of four players each, focusing on achieving objectives and reducing the other team to a pile of spare parts. Each character is classified in a manner familiar to most players: DPS, focusing on overwhelming damage, tank, taking other players’ overwhelming damage and living to tell the tale, and support, making sure the other two categories don’t get themselves killed too soon.

There are twelve characters to choose from, who form the titular Bleeding Edge crew. Each is an unique, distinct character with their own backstory, appearance, and most importantly, game play. The misanthropic Mekko the Dolphin, for instance, focuses on gaining energy by blocking damage with his bubble blocks, which powers up his special abilities that boost allies’ defenses and survival. On the other hand, Buttercup, the monowheeled Cajun lady, fights with whirling saw blades, focusing on crowd control and manipulating the position of foes.

The rest of the cast is equally colorful. How about an immortal English gentleman, digitized into the body of a robotic snake and puppeteering his mummified corpse? A nanobot-augmented warrioress from south Africa, survivor of a new plague and corporate experiments? A Norwegian black metal guitarist who’s… Well, basically Marilyn Manson with a bad hair day? 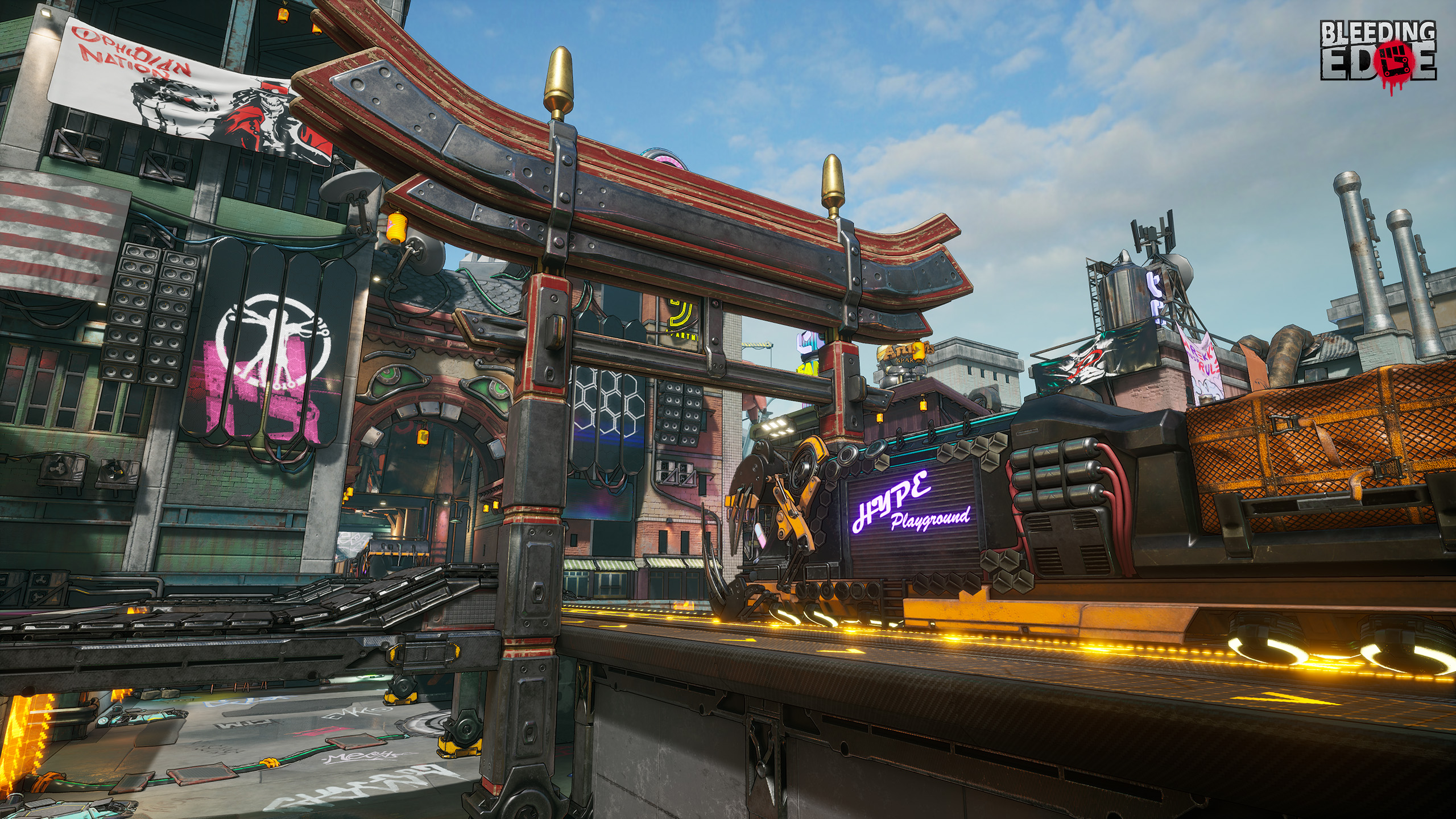 Will this be enough?

The anti-hero roster can be modified with additional cybernetic parts and customized with cosmetics earned simply by playing the game – that means no microtransactions (yes, we’re looking at you, cheap monetization schemes). Whether or not Bleeding Edge becomes a hit, one thing’s known for sure: It will be a damn good looking game either way.

Looking to power up your BRAINS before jumping in? No need for augments, all you need to do is head over to the Bleeding Edge wiki!