Our coverage of Skyforge continues with one of their biggest announcements yet. For a good while now people have been asking to learn more about how Allods Team and Obsidian Entertainment's fantasy-based action-MMO would allow players to interact with each other. Well, ask no longer as my.com pulls back the curtain on their highly-anticipated Player-vs-Player.

The team working on Skyforge is well aware of the importance of PvP to the multiplayer community. After all, it's an opportunity to let friends from across the globe fight alongside each other... or against each other... bringing the community closer together and seeing, truly, who the best in the world is. They kept this in mind while designing the PvP, and they've created something that hasn't been seen in too many games before.

Skyforge doesn't subscribe to the same combat-role archetypes you find in typical MMOs. This is most apparent with support characters; rather than healing allies to keep them in fights, supports will have to focus more on providing buffs to friendlies, and debuffs to foes. In addition, if you see the tide of battle turning, players can switch their classes mid-fight to provide either additional support, or additional attack power. 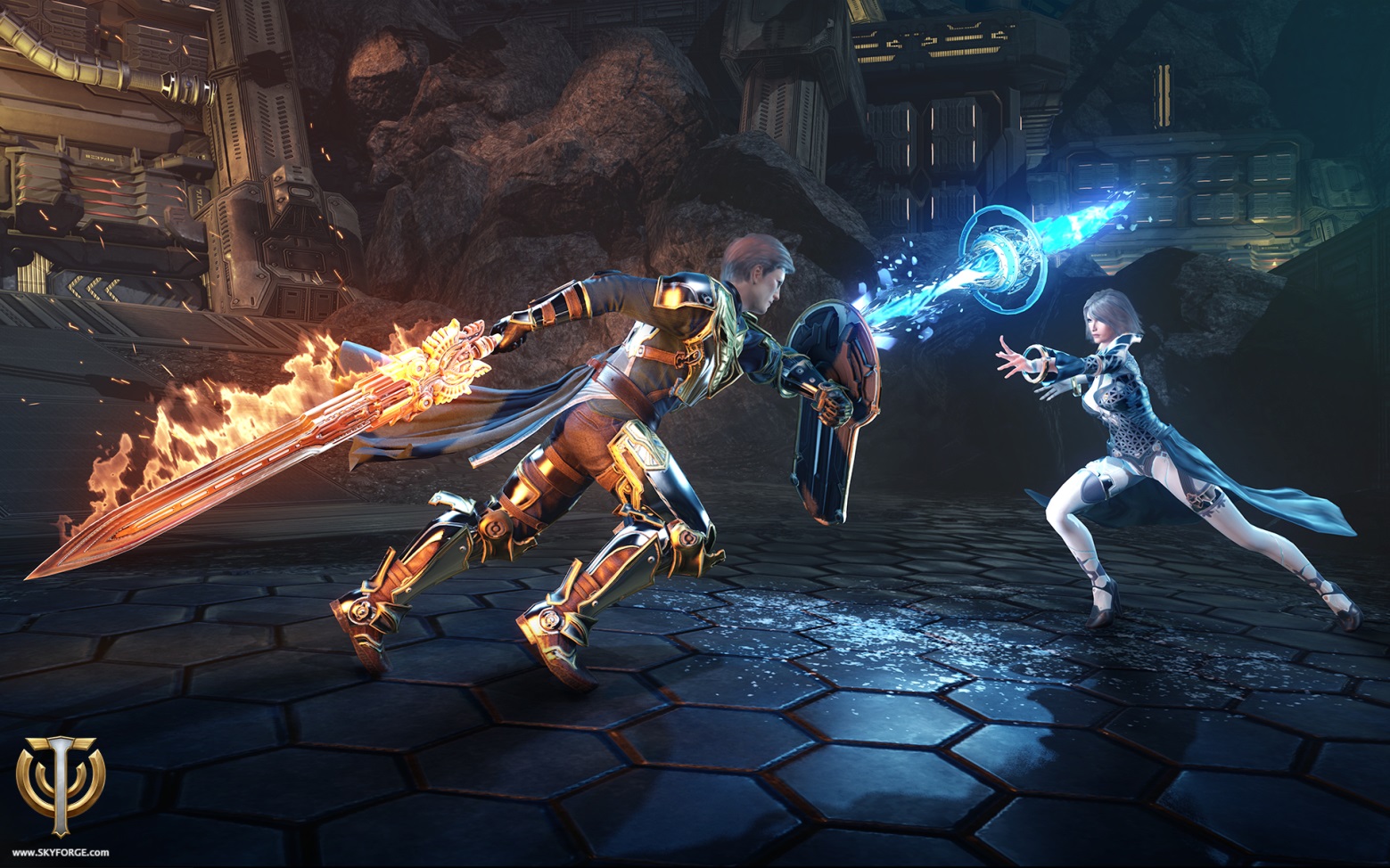 Another factor to take into consideration during PvP combat is the fact that players can enter into their God Mode during a match. How? During each PvP game players will be, for a lack of phrasing, collecting resources that they can then spend to enter their God form. This gives players notable boosts to their health, defense, and attack skills, and entering it at the right time can seriously sway the fight. Think of it as calling down a Titan in Titanfall (a comparison the designers used) - you're bigger, you're badder, and you wreck people more quickly. For a limited time, of course.

When PvP goes live, there will be five distinct game modes that can be accessed by either visiting an Uplink Terminal, or by traveling to the Divine Observatory. Once in, you'll discover that each of the game types have their own distinct map built to cater to the player limits and game-type objectives:

Free For All
Game Size: 6 players, no teams. 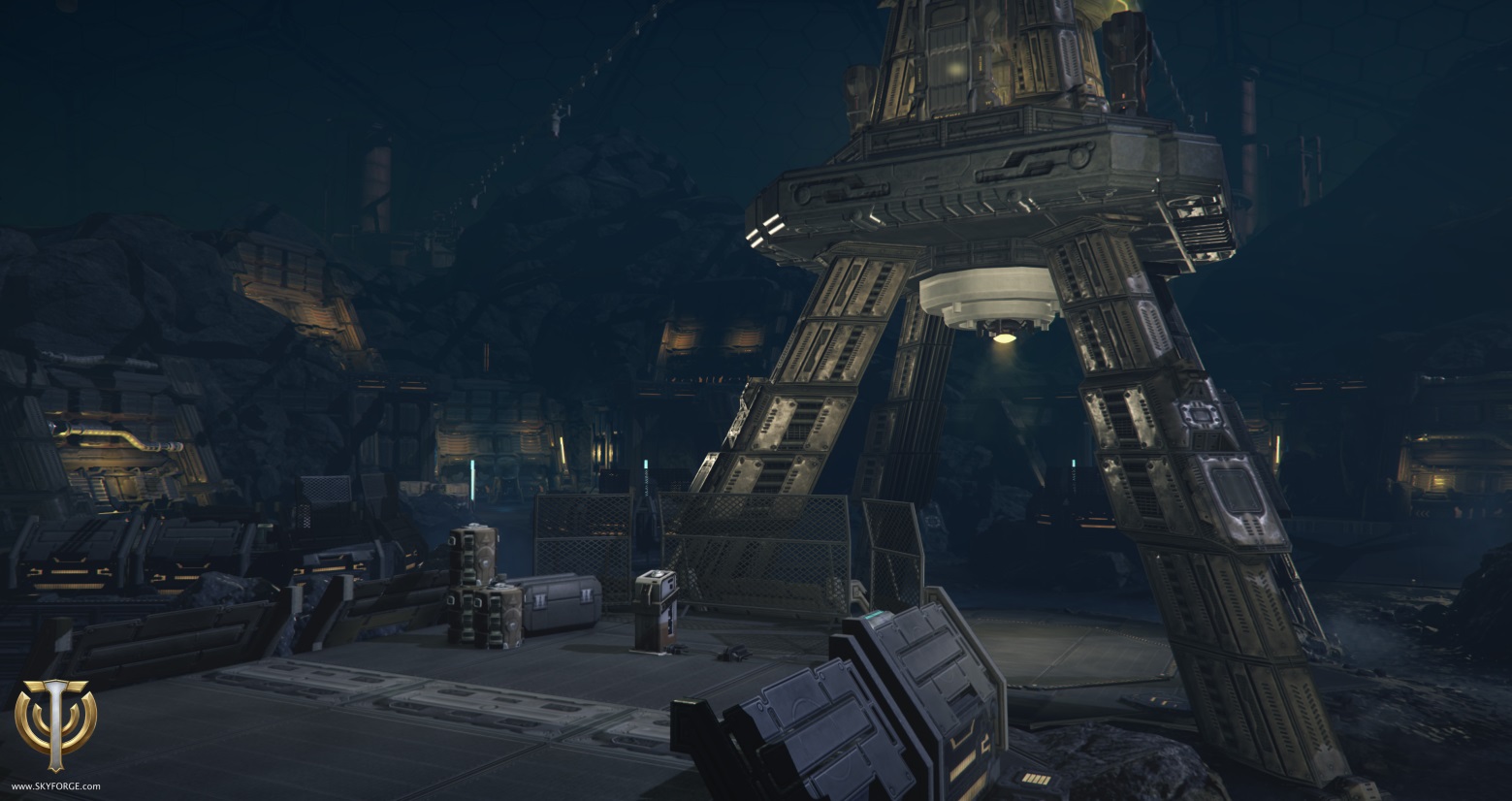 Free For All is exactly what you would expect to see in an action-oriented game like this. Six players swear allegiance to themselves, then throw down against each other for ultimate supremacy. As you'd expect, the objective of this game type is simple: kill or be killed. The only thing that matters are those kills, and whoever lands the final blow is awarded the kill. So after you've had a hard-fought battle against another player and have them on the ropes, be on the look out for someone to come in at the very last moment and try to pick off the easy kill steal.

Teamwork isn't just a necessity to stay ahead of the opposition, though. On either side of the map there are angular platforms that the teams will want to control. These platforms periodically spawn bonuses to defensive and offensive skills, giving whichever team that controls it a distinct advantage.

Scattered across the two-leveled "Ring of Immortals" map are different control points. As you take control of these points your team will begin to be awarded points; the more control points you have under your belt, the faster you'll accrue points. You'll also earn points from kills, but it is entirely possible to lose a Control Point game because you were too focused on kills and not enough on the objective. 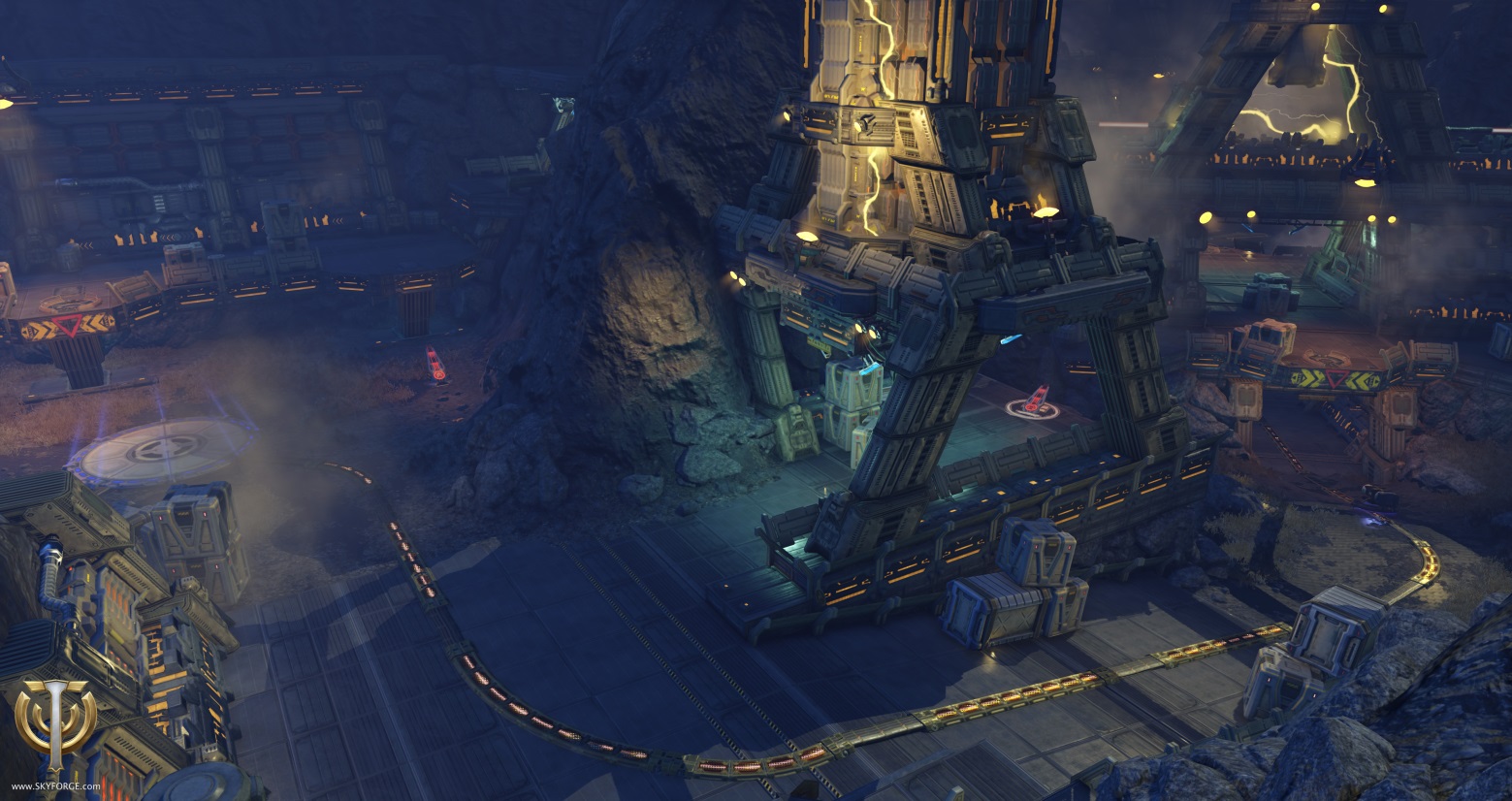 In Payload, one team of eight players must guard cargo as it moves throughout three distinct sections of the map - in this case, the Alcedon Facility. The other team, also of eight players, is tasked with stopping them by any means necessary. This could mean charging them head-on and engaging in glorious combat, or they can utilize the environment around them to launch cannon volleys at the escort team.

As long as there is an escort next to the cargo, it will move forward. The more players that are next to the cargo, the faster it will track forward. However, if there aren't any escorts near the cargo - either because the defenders scared them off with the cannon volleys or they were wiped out and waiting on a respawn - the cargo will actually travel backwards along its path.

Featuring the largest of the PvP maps coming to Skyforge, and rightfully so, Capture the Flag places two teams of twelve inside of a quarantined quarry (say that five times fast) with the simple-on-paper, damn-near-impossible-in-reality objective of "take the enemy flag."

The way the map is laid out allows for multiple ways into the enemy base. There are direct routes that take you underground and above ground, and there is a longer workaround that you can utilize. You also have a number of "springboards" which will launch you across the map. So, even if you are on the other side of the map when your team takes a flag, you can drop into the fight in the blink of an eye.

Teamwork and strategy will come into play in CTF. The player who takes the flag won't be able to defend themselves, and will become a moving target for the entire enemy team. If they don't have support and protection to keep them safe while carrying that flag back, you're going to go nowhere fast. 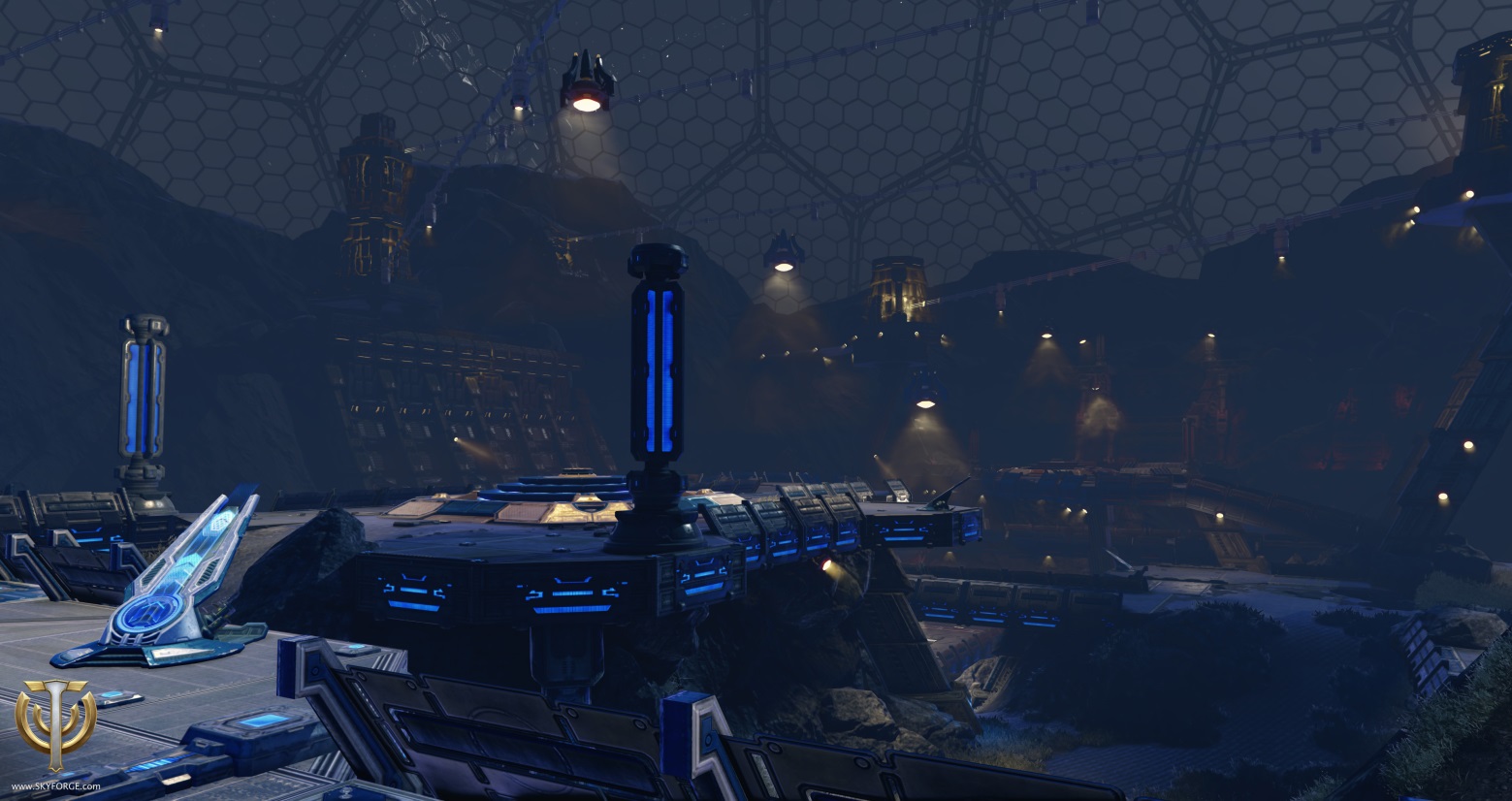 No matter how you slice it, Skyforge is set to offer a wide range of PvP types for every discerning taste. But this isn't even the whole of it - wait until we start talking about Pantheon Wars, the large-scale Player-vs-Player-vs-Environment super battles that will test even the most experienced players. We won't be talking about that today, unfortunately, but it's coming.

Be sure to check back periodically as we continue our coverage of Skyforge. You can avoid waiting for our next article and see what all of the hype is about for yourself by signing up for the game's beta. Of course, you can also look through our Skyforge Wiki to learn more about the locations, character classes, weapons, items, enemies, and just about everything else under the grand ol' sun.