If you don't know by now, Alien: Isolation is a survival-stealth-horror game developed by The Creative Assembly and published by Sega as a part of the Alien franchise. If you know anything about the Alien series, it's that the films manage to capture a truly unique flavor of terror and suspense that other works find difficult to imitate. Whether it's the masterful use of lighting and soundtrack, or a youthful interest in dangerous alien monsters, the Alien series piques interests we weren't even aware we had in its four prominent films. The best part about Isolation? Everything we loved about the movies can be found within the game.

But enough about the film series, this article is about their newest game! The survival-horror genre has been on the rise in popularity, and while most of the recent success stories come from independent studios (see Outlast and Amnesia), many are singing high praises for Sega's devotion to continuing the look and feel of Ridley Scott's classic films. One of the most pronounced elements of Alien: Isolation is the environmental fidelity of the virtual arena in which you are forced to fight for your life. Knocking over a chair, or being too close to enemies with your motion scanner can alarm them, meaning it's time for you to run or hide. Personally, my favorite aspect of Alien: Isolation is the fact that your enemy, the Alien is essentially invincible. It's an unstoppable murder machine that is indiscriminate in its hacking, slashing and skulling penetrating-ing. 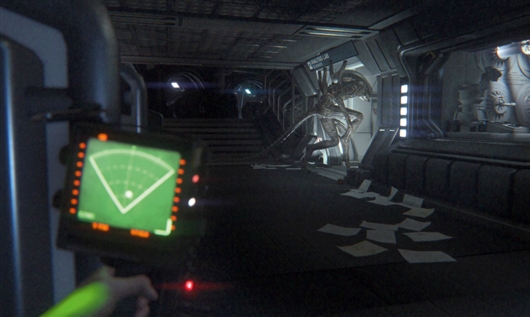 At Gamepedia we're still in the process of growing the Alien: Isolation wiki and with the game's release coming so soon we'd like to call you to contribute. Find a niche way to avoid the Alien? Need a place to document recurring NPC behavior? All of that is great information to contribute in order to help out your fellow survivors.