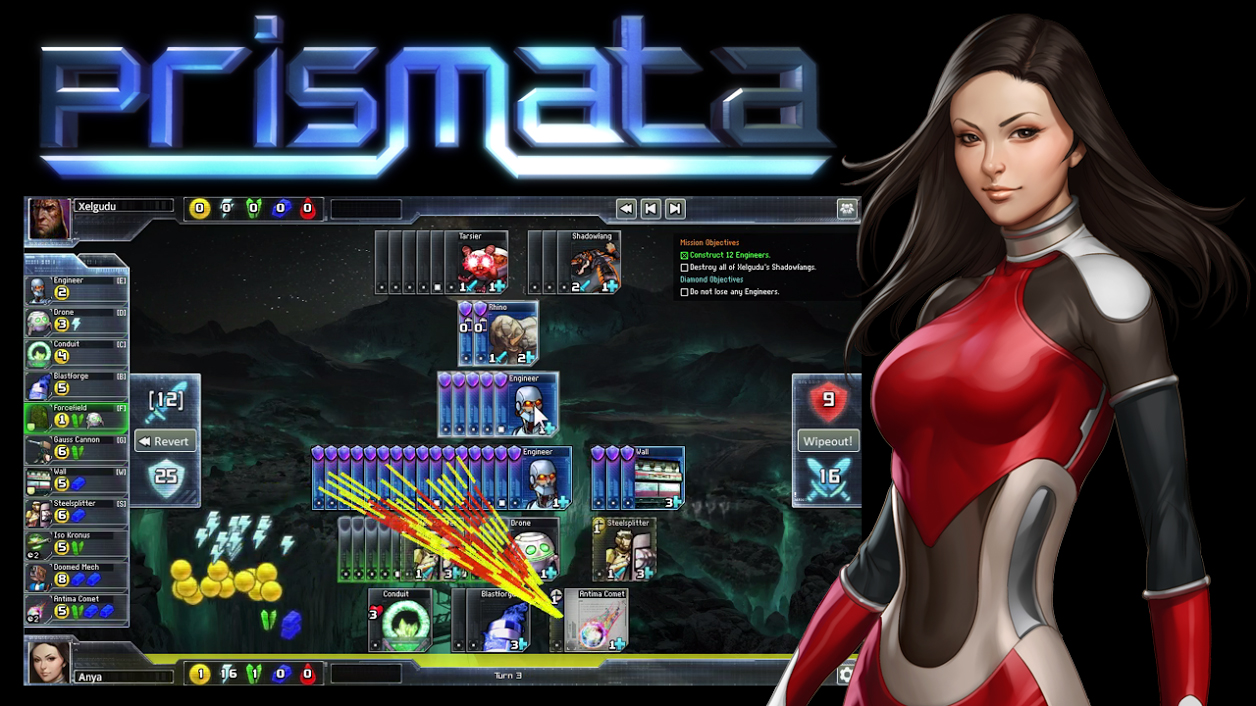 In the game, players race to gather resources, grow economies, amass an army, and overcome their opponent. You send units to the battlefield by developing technology and spending resources, all while concocting a surefire plan to victory. Games last only minutes at a time, but randomly-generated units make each game feel different and new. Though the game is turn-based, Prismata doesn’t involve building a desk. In fact, there’s not even a map. On the Prismata website, the game is described as a “Hearthstone with workers and build orders instead of decks.” How's that for innovation?

Prismata lends itself to all types of playing styles, and places a heavy emphasis on tactical and strategic play. Will you spend your time building a massive army, or would you rather devise a strategic attack that leaves your opponent in a frenzy? You’ll have to base your strategy on which units are available to you and remain attentive to your opponent’s actions. Though the game may seem daunting, it’s actually quite easy to play. Here’s an excellent YouTube video from the developers explaining gameplay step-by-step.

To learn more about Prismata, take a look at the official trailer above or follow the game developers on Facebook and Twitter. The game also has a very active subreddit, providing players with a close-knit community to discuss game strategies and ideas. If you're interested being a part of the game's success, consider funding the game through Kickstarter to receive beta access, a digital download, and other exclusive gifts for backers. If you’re wanting more information on specific game mechanics and units, visit the Official Wiki for detailed information.