In a recent announcement, Re-Logic and Engine Software shared their plans to collaborate on an exciting new Terraria spinoff, Terraria: Otherworld. The game is set in an alternate dimension of the Terraria universe and explores a new take on gameplay with a darker atmosphere. Terraria: Otherworld will be showcased at the upcoming Game Developers Conference in San Francisco, so more details about the game are expected soon. Gamepedia will still be your #1 source for Terraria and now Terraria: Otherworld. 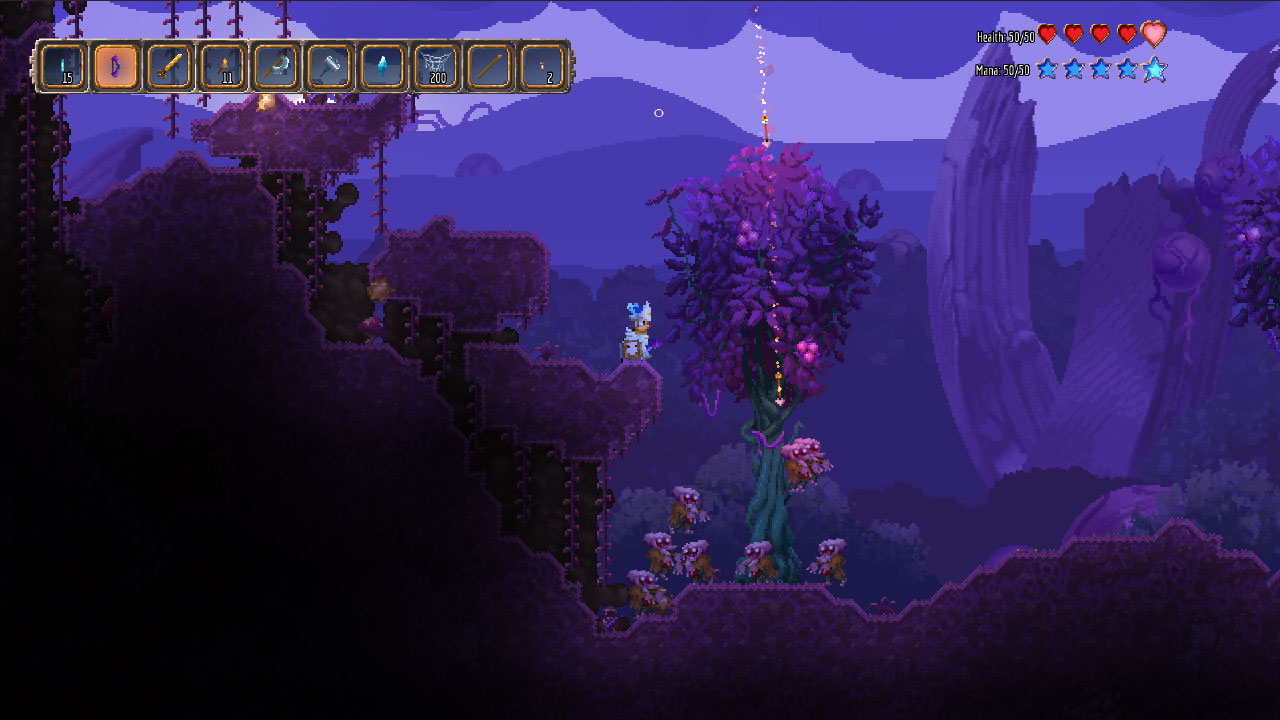 In Terraria: Otherworld, darkness and corruption wreak havoc on the world around you. With the help of fellow survivors, it will be your task to restore the world to its original state. While the game is highly reminiscent of Terraria, it’s no Terraria 2. Terraria: Otherworld will combine sandbox, role-play, and strategy elements to give players a fresh take on the Terraria experience.

The game is currently planned for both PC and Mac, and console versions are being considered. Re-Logic and Engine Software will be showcasing the game at the Game Developers Conference in San Francisco next month, so make sure to follow the game on Facebook and Twitter to receive the latest Terraria: Otherworld news. You can also visit the Re-Logic Facebook and Twitter pages for the latest info from the company. As more information is released, stop by the Terraria: Otherworld Wiki page to view screenshots, new game information, and more. Below is the game’s Announcement Teaser Trailer, which features pre-alpha footage from this upcoming title.