Since Path of Exile’s release on the 23rd October 2013, the game has seen a large number of expansions and additions to the core gameplay. From strongboxes to Nemesis mods, corrupted zones to master crafting, we’ve seen a lot of changes which have radically improved the game. The Awakening promises to be the most radical change of all, featuring an entire new act, a reworked passive skill system and a whole smorgasbord of new skills and items.

Allowing access to the town of Highgate, after the conclusion of Act 3, The Awakening sees Exiles fighting through 9 new boss encounters including favourites from the world’s past like Kaom, Voll and Daresso, culminating in a fight against the dreaded Beast at the heart of Wraeclast’s corruption. In this quick overview, we’ll go through the main highlights of this expansion and what they mean for the game as a whole. 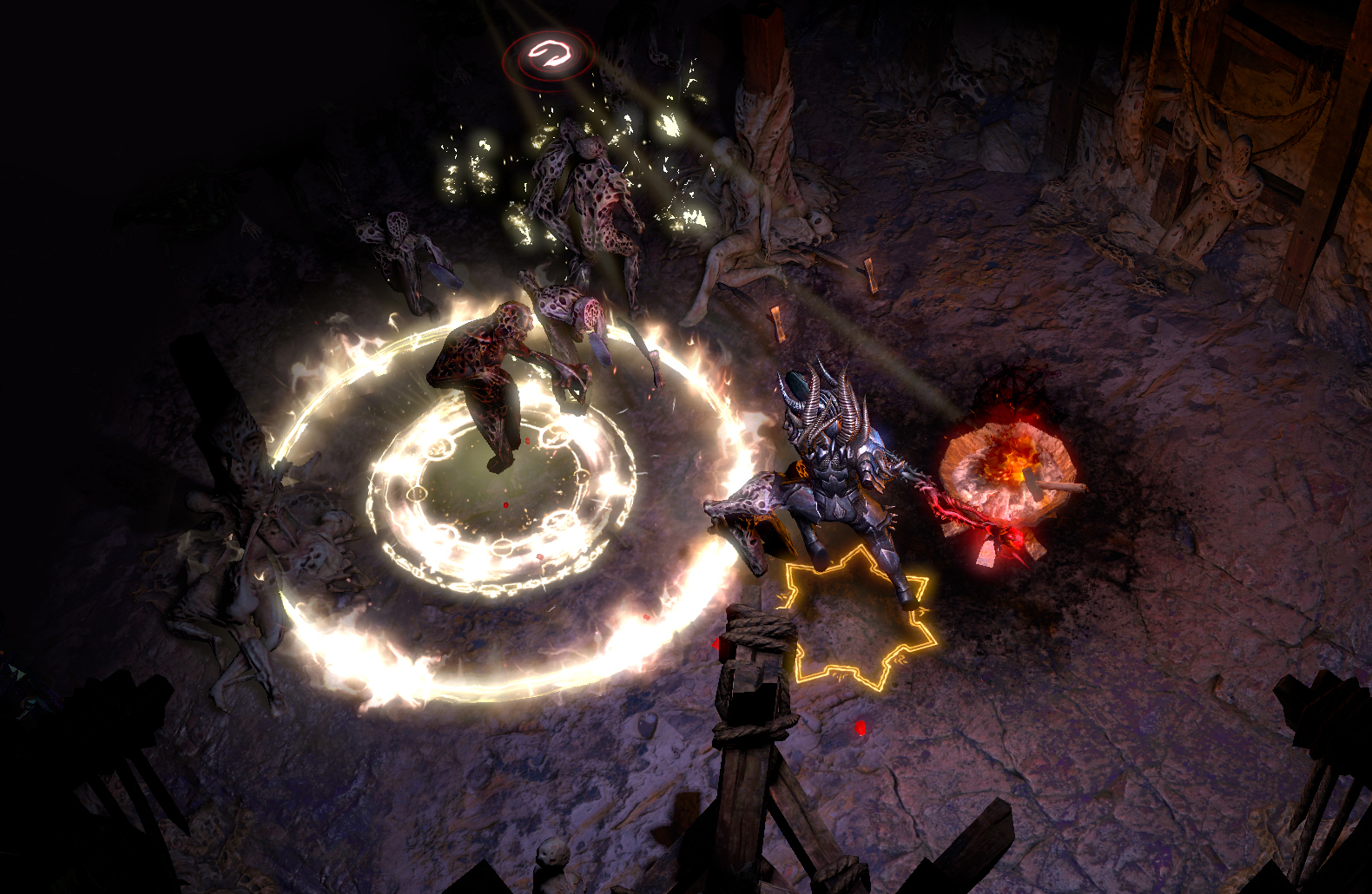 With 13 new gems, 11 of which are active skill gems, Exiles will have new ways of fighting their way through Wraeclast.

Some of the more astute followers of Path of Exile will have seen the brief teaser of a new gem entitled Summon Chaos Golem, allowing the exile to summon a powerful new minion to support him or her in combat. This Chaos Golem differs to his Fire and Ice counterparts in the way he approaches combat, preferring to get up close and personal, while still possessing strong AoE attacks.

Vigilant Strike and the new Fortify support gem give melee players a much needed survivability boost, providing a way of generating a temporary 25% damage reduction.

New warcries are being added to the game including Abyssal and Inspiring Cry, these provide powerful bonuses to the Exile or debuffs to enemy mobs. With all warcries (including Enduring Cry) sharing a countdown timer, Exiles will have to think carefully about which Warcry they wish to use at a given time.

Not only that, there are two new unique items that grant access to unique skills, including the recently teased The Whispering Ice, which grants the unique Icestorm spell.

With only a few of these new gems being shown pre-release, I’m sure we’re set to see some very interesting new builds in the future. 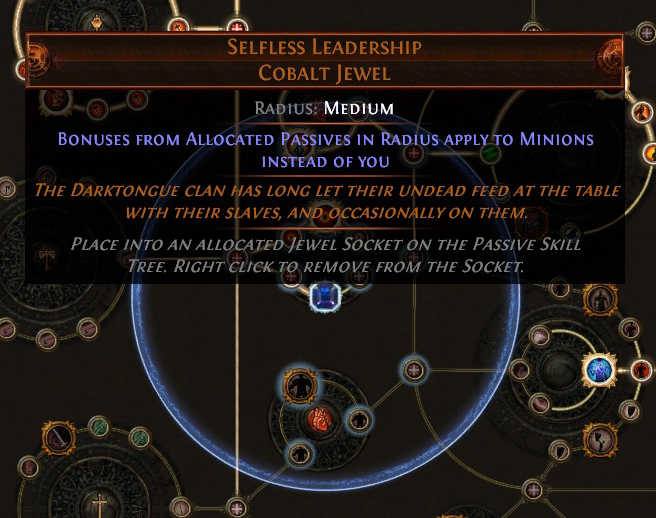 The passive system has had a radical rework with the addition of socketable jewels. These jewels, ranging from magic, rare and unique, provide a variety of buffs that allow increasingly complex levels of customisation.

For example, a magic jewel may only provide a simple buff to attack speed, acting similarly to a normal node you may pickup. On the other hand, a rare jewel will provide a greater number of bonuses, including powerful options such as increased charge durations.

The biggest change, which is sure to revolutionise the way we currently look at the current passive tree, comes in the form of the unique jewels, which can come with some massive game-changing effects.

Army of Bones acts much like a standard passive node, but comes with a powerful bonus to the maximum number of skeletons.

Fluid Motion converts all strength nodes within a large radius to dexterity nodes, allowing easier access to dexterity for characters working their way through the strength section of the tree.

Lioneye’s Fall converts melee and melee weapon type modifiers within its radius into bow modifiers, allowing particularly strong nodes near a jewel socket to be converted for bow users. 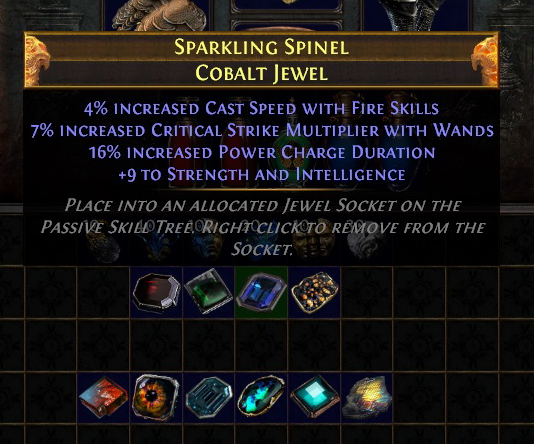 Dark Thoughts allows enemies to have an additional curse if at least 60 intelligence is allocated within the jewel’s radius. Additional curses are a very powerful modifier, so this has strong potential for many builds.

Selfless Leadership applies all allocated passives within its radius to your minions, instead of the Exile. This includes keystones, so be ready for some very strong summoners.

Intuitive Leap allows any passive within the radius to be allocated without previously being connected in the tree. This means, given a suitably placed jewel slot, that you could take powerful nodes like Infused Shield or Mortal Conviction without needing to take the keystone they’re gated behind. Worth noting is that while the passive can be allocated, it does not act as a new starting point for the tree.

With between 20-24 of these jewel socket locations in the tree, we’re sure to see some exciting new builds come out, and perhaps more use of the Scion class who should be better positioned to get the maximum number of sockets possible.

While Chris did not say whether master crafting jewels would make it in time for the expansion, he did that it is something they are looking into for the future. 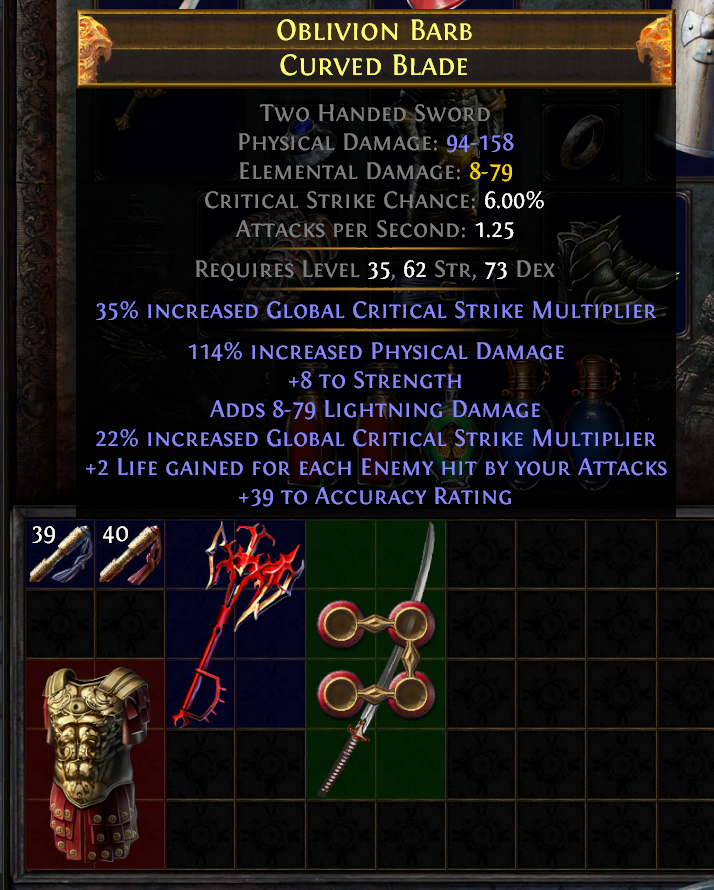 The Awakening boasts 70 new unique items, 20 of which are unique jewels.

As previously mentioned, two of these new uniques allow for exclusive and powerful build-defining new skills, with others allowing new ways to build or play a character. One of these items is a dagger called The Consuming Dark which converts a percentage of fire damage to chaos damage, and allows your chaos damage to poison. Also teased was a new unique bow which casts socketed minion gems on kill, allowing for a completely new playstyle for summoners.

Maraketh weapons are a new item type added in The Awakening featuring new 2D and 3D art and a rework of rare weapon modifiers to bring them back to preeminence against unique weapons. The new 3D art should allow for greater customisability for players who do not wish to purchase new item skins from the MTX shop and features often asked-for items like oriental inspired weapons. These Maraketh weapons also feature powerful implicit mods such as global critical strike multipliers or an increased Area of Effect radius.

The Awakening will also feature new microtransactions, such as the Infernal and Necrotic armour sets.

With the new act comes a whole new range of monsters for you to fight your way through. From the corrupted miners in the mines who are sure to trigger Trypophobic people to the pittbull and coquerel inspired enemies found in Daresso’s fighting pits.

With 9 bosses previously mentioned, including Kaom, Daresso and Voll, The Awakening should see some epic boss fights. 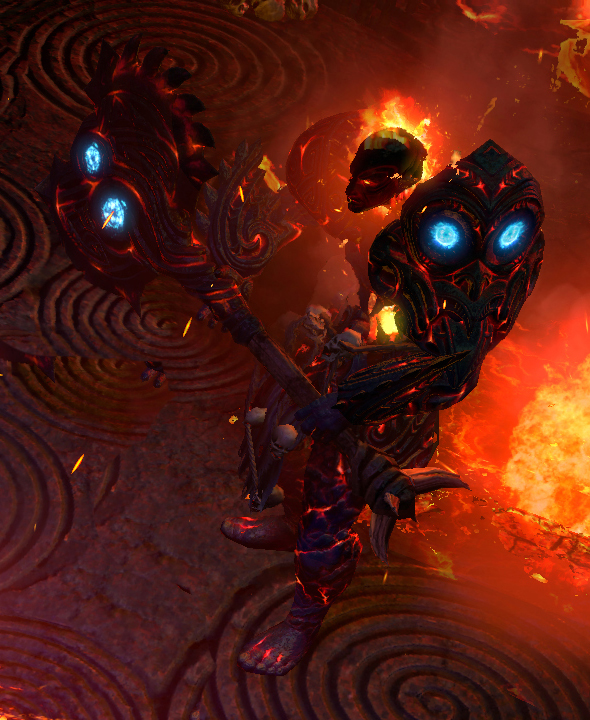 The Awakening bring a large number of QoL tweaks to the core game, from health and mana bars over the players head to in-game timers, experience per hour indicators, advanced item filters and many more. These changes bring about some much needed revamps to the UI, creating an improved and customisable experience for gamers.

Next, the big one for a lot of returning players. GGG have been hard at work rewriting Path of Exile’s netcode, and we’re quietly optimistic about the change to desync this will bring.

The addition of a whole new act brings about a whole revamp to the pace of the game. The three difficulties remain, but zones in acts 1-3 are being tweaked to create a more coherent experience as you make your way through the game. With this rework, quest rewards are also all being drastically changed

Competitive players will be sure to have to rework their race strategies to stay on top!

With all these changes, The Awakening will not be rolled out like previous patches. Instead, on April 20th, a new closed beta period will start, lasting between 6 to 8 weeks. This will allow players to access all the new content while still allowing for the inevitable balance tweaks that will be required.

Softcore and Hardcore players alike will have new leagues to enjoy in the closed beta, with new challenge leagues coming at the end of the beta period once The Awakening is fully released.

You can sign up for the closed beta today >

Stay tuned as we’ll be bringing you a giveaway for access to the closed beta, and be sure to check out the Path of Exile Wiki for the most comprehensive source of information about the game.