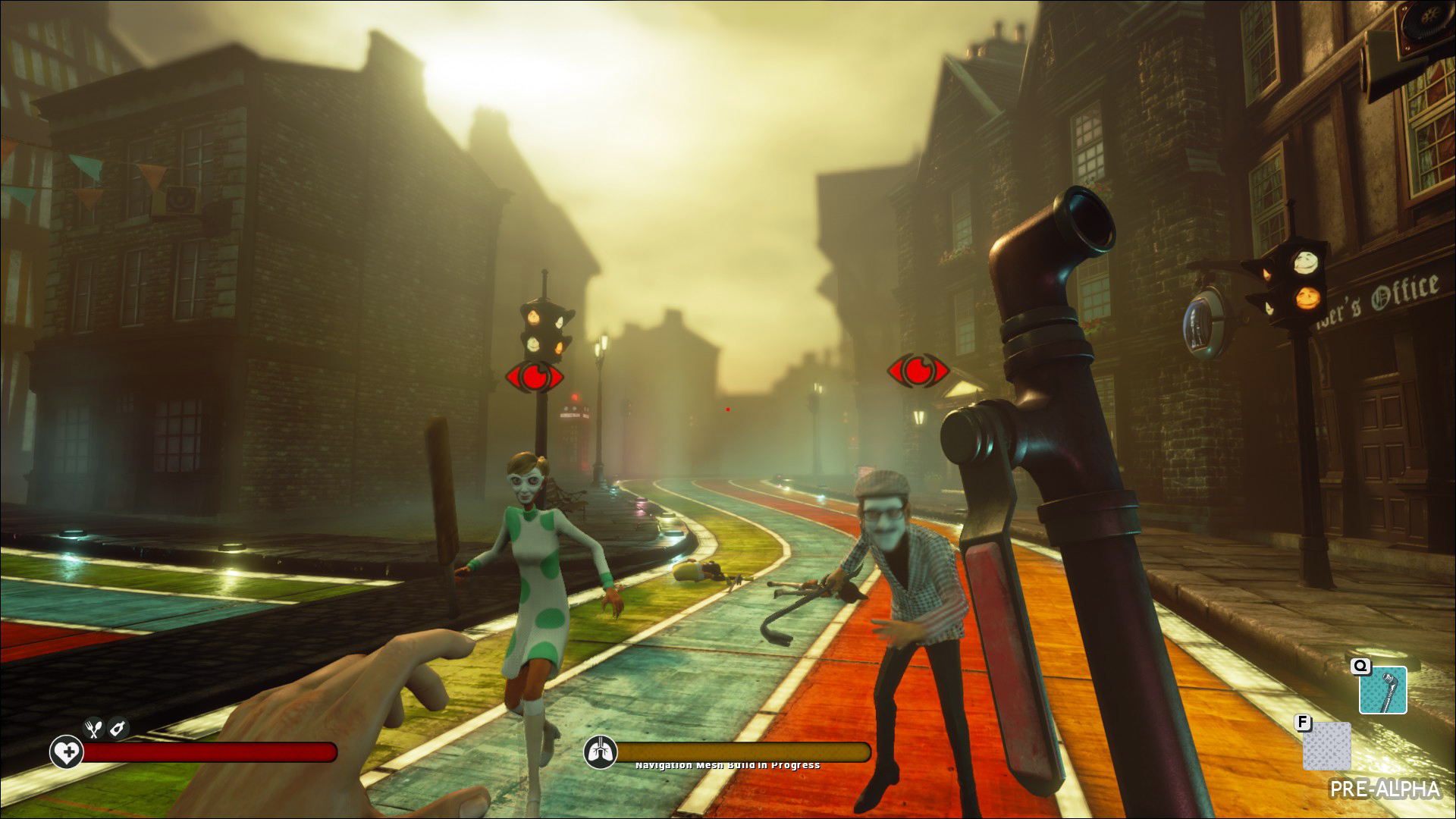 Compulsion Games, the creators of Contrast, are developing another artistically-inclined title, this time a first-person survival game set in an eerily happy, mod inspired dystopia. In We Happy Few, you’ll need to blend in with the dreadfully cheerful inhabitants of Wellington Wells. If they discover that you aren’t as drug-fuelled and law abiding as you should be, things can quickly take a turn for the worst. To learn more about this upcoming title, visit the Official We Happy Few Wiki on Gamepedia.

The gameplay in We Happy Few is based around urban/societal survival, and stands out in a sea of wilderness survival games. The game is currently in its pre-alpha stages but did receive highly positive feedback at PAX East in March. Dubbed a “First Person Urban/Societal Survival Roguelike” title by the developers, We Happy Few combines several unique attributes into a single story. Here, let’s break it down:

Roguelike: The game is highly replayable and takes place in a procedurally generated world. You must escape in a certain amount of time, and you only have one life.

Survival: The food and water in Wellington Wells is laced with Joy (the happy, little drug fueling the town’s residents) so you’ll need to manage your drug levels.

Urban/Societal: You’re not on a deserted island or a zombie-filled forest, but a psychedelic, 1960’s era city. You’ll have to blend in with the society around you in order to survive.

The developers plan to begin a Kickstarter campaign in the near future to encourage the community feedback for the game’s development. To learn more about We Happy Few, check out the Official Announcement Trailer below.

To stay up-to-date on future game developments, follow Compulsion Games on both Facebook and Twitter. You can also visit the Official We Happy Few Wiki on Gamepedia to learn more about this upcoming title.