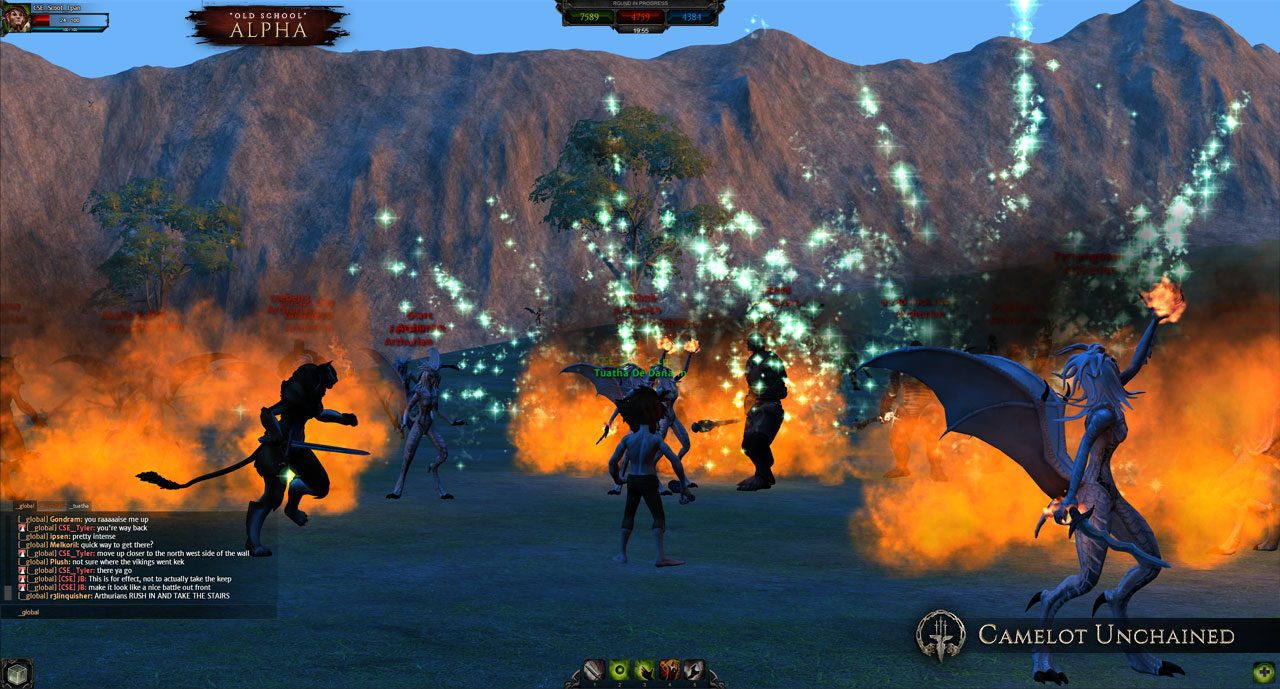 After raising over $3.3 million through crowdfunding on Kickstarter and its official website, Camelot Unchained has easily become one of the most anticipated MMORPGs ever. The game is a TriRealm, RvR-focused title from City State Entertainment and is currently in Tech Alpha testing. Gamepedia has partnered with the developers to proudly present the Official Camelot Unchained Wiki, a comprehensive source of game-related information, updated news, and more.

In Camelot Unchained, your quest for victory isn’t characterized by tedious grinding or raid drops. You aren’t repeating the same instances over and over, and other players can’t spend more money to get ahead. In Camelot Unchained, you are completely free to craft, build, conquer, and defend as you wish. The world is dependent on players to help shape the economy, construct powerful keeps, and drive off relentless foes. It’s a world where, instead of battling a boss with a handful of players, you’ll be facing menacing armies with hundreds of allies. Game features in Camelot Unchained include:

RvR Leveling - You aren’t stuck grinding through dungeons or waiting on loot drops. In Camelot Unchained, all leveling will come from RvR, whether by fighting other players, capturing objectives, or crafting.

Epic Building System - Cell-based construction allows players to build their own keeps, forts, walls, and castles to their liking.

Three Realms – Choose between the Arthurians, Tuatha Dé Danann, and Vikings. Each realm will have its own races with unique powers and abilities.

To learn more about Camelot Unchained, watch the Alpha Preview trailer below.

Camelot Unchained is slated for a full release in 2016. The game will be subscription-based, as the developers are committed to avoiding “thinly-veiled grabs” for more money. If you’re interested in supporting the game and joining thousands of other backers, you can pledge your support now on the official website. You can also follow the game on Facebook and the developers on Twitter to receive regular updates and game news. To learn more about realms, crafting, battle, and building in Camelot Unchained, make sure to stop by the Official Wiki.