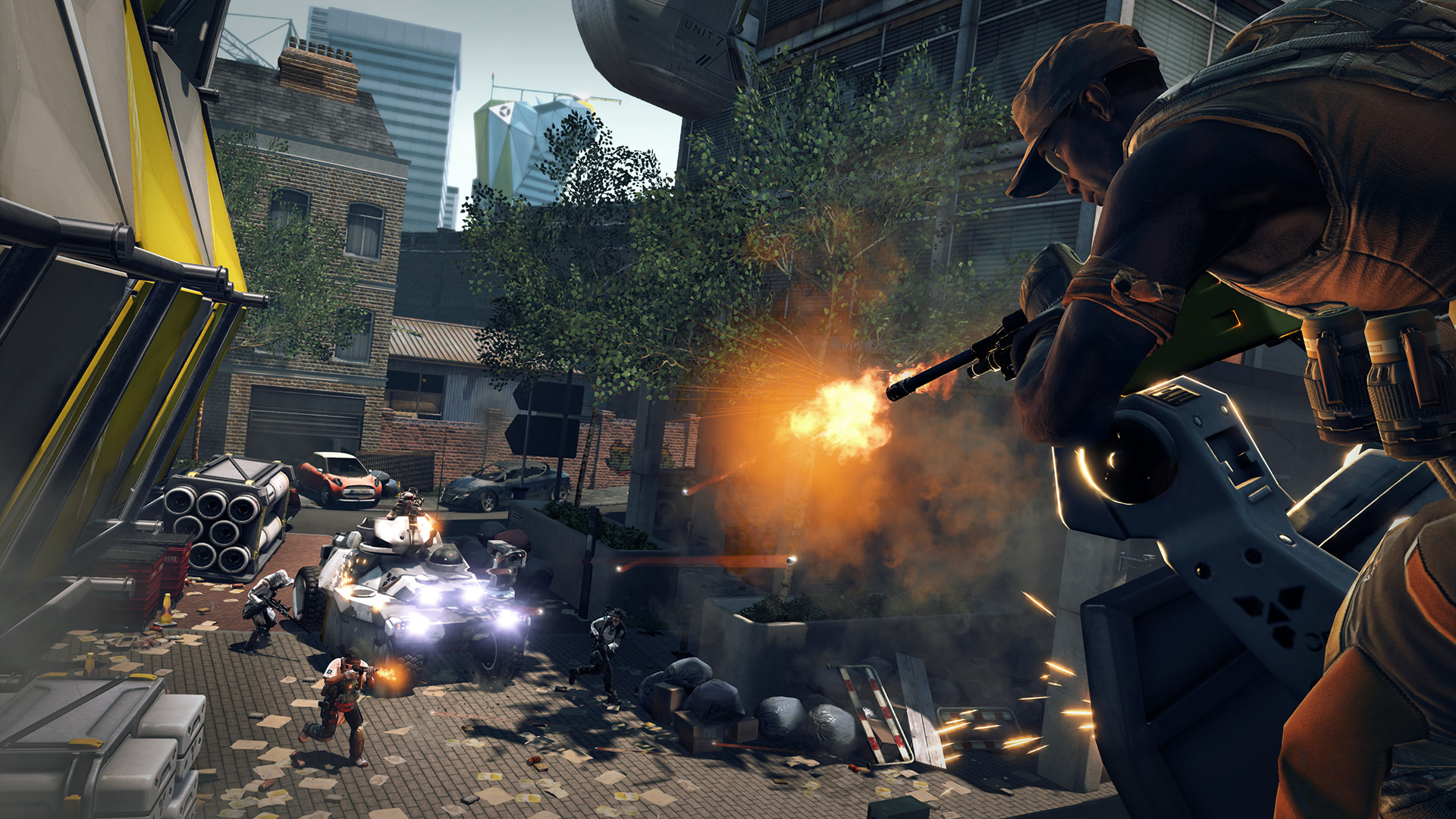 Dirty Bomb, a F2P FPS from Splash Damage and Nexon, has just launched its Open Beta on Steam, and it’s created for the most hardcore gamers. There’s no controller support, no aim assist, and definitely no hand holding. The only thing standing between you and death is your skill level and reaction time. While obliterating enemies in the Merc Capital of the World, use the Official Dirty Bomb Wiki to learn more about the game’s weapons, maps, XP, and mercs.

In the near future, London is nothing more than an abandoned city, destroyed by a mysterious disaster that couldn’t be stopped. Now, the streets are plagued with Private Military Companies (PMCs) that only care about one thing: making money. It’s no place for a civilian to traverse alone, but for you – it’s a worthy challenge. Dirty Bomb features include:

Variety of Mercs: Choose a Merc that fits your unique playing style, from in-your-face weaponry to sly agility. Choose your favorite three, form a squad, and hit the battlefield.

Highly Competitive: Being a part of a team is the key to success in Dirty Bomb, but that doesn’t mean it’s lacking competition. 5v5 to 8v8 action includes two initial game modes: Objective and Stop-Watch.

Free-to-Win: The game is completely free to play, and isn’t about the amount of money spent. Playing well as a team, mastering your Mercs, and choosing the best abilities are what counts.

To see the game in action, check out the Launch Trailer below.

Start down the path of glory by playing Dirty Bomb on Steam now. To get the latest game updates, make sure to follow the game on Facebook and Twitter. To learn more about gameplay and access a player’s guide, visit the Official Dirty Bomb Wiki on Gamepedia.