Collaborate with fellow citizens, create laws, and carefully gather resources from a fully simulated ecosystem in Eco, an upcoming title from Strange Loop Games. The game’s Kickstarter just launched, and already 675 backers have pledged $28,949 of the campaign’s $100,000 goal. Gamepedia is proud to announce the Official Eco Wiki, a growing resource for learning more about the game.

At its core, Eco is a global survival game. Every decision you make and action you perform will affect the world around you. Thousands of simulated plants and animals will live and grow on a server that runs 24 hours a day. When you settle into the world, you’ll use resources to grow, build, and thrive – but removing resources affects the environment around you. Without planning, you could destroy an entire ecosystem and leave a species extinct. If the ecosystem fails and the animals die, there will be no food left for the players – meaning there will be server-wider perma-death. It’s paramount that you and your fellow citizens plan ahead. 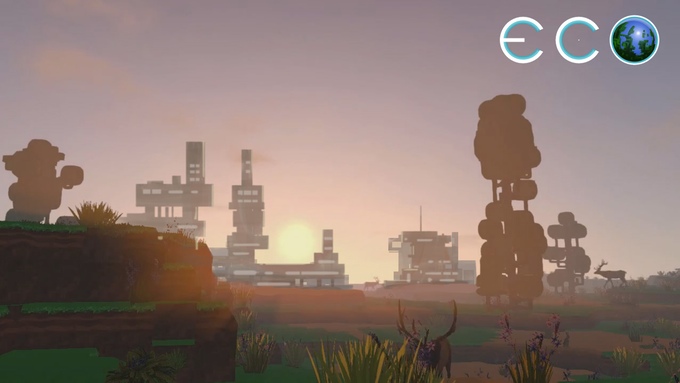 Players can propose and vote on laws for the world. The laws passed will affect everyone, and you will be unable to break them. An in-game ecosystem analyzer provides players with a means to discover how the ecosystem works, allowing players to back-up ideas with facts. In Eco, you can construct cities, interact with a player-run economy, learn skills (such as farming), research technology, and more. The Kickstarter provides a detailed overview of exactly what features you can expect in the game.

Player-hosted servers will be possible for Eco, as well as modding. Using funds from their Kickstarter campaign, the development team hopes to create an even more diverse ecosystem for the game, create more buildings and in-game items, allow players to create contracts from their services, and add end-of-world scenarios. Stretch goals for the campaign include land ownership, larger servers, and more. 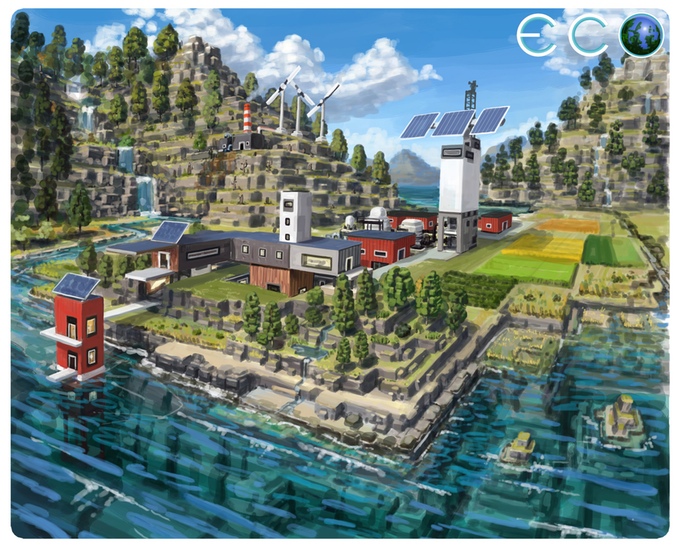 Interested in becoming a part of such a fantastic project? Head on over to the Kickstarter now to become a backer, where you can earn a steam key for the game, beta access, and even merchandise. For regular updates, make sure to follow the game on Facebook and Twitter, and visit the Official Eco Wiki if you’d like to learn more or contribute your own game knowledge.