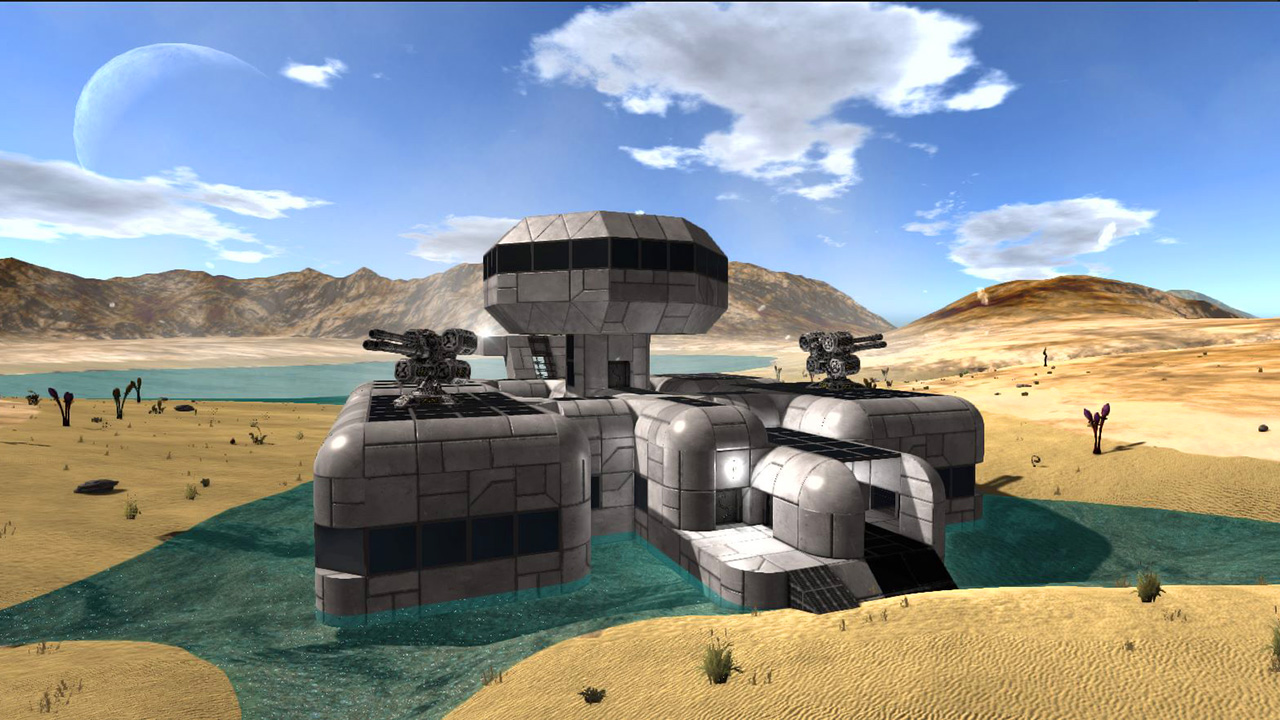 If you’re a lover of open world, survival adventures in space, check out Empyrion: Galactic Survival, an Early Access title that just landed on Steam this month. Developed by Eleon Game Studios, the game boasts space and planet exploration, a co-operative gameplay mode, and an extensive crafting system. Gamepedia is proud to present the Official Empyrion Wiki, a growing hub for learning more about the game’s environments, gameplay, and development.

Empyrion is truly a sandbox game, and it allows you to grow your own food, find rare plants for medical supplies, and even modify the terrain around you. The game includes an impressive building and construction system, and you can build capital vessels, small vessels, ground vessels, and even space or planetary stations. You can expect both space and land combat in Empyrion, but there are a handful of peaceful creatures living on planets. You’ll explore, build, and fight to stay alive in the hostile world around you.

Though the game is exceptional as a single player experience, Steam users have been impressed by Empyrion's co-op game mode. Surviving in an extraordinary galaxy is possible alone, but having a friend nearby to help traverse the world around you is an exciting experience. The game also includes a creative mode, where you can build freely without the worries of food, resources, or threats.

To see the game in action, view the Launch Trailer below.

The current version of the game is still in pre-alpha, and the developer’s road map can be viewed here. Eleon Game Studios has emphasized the importance of community involvement in the development process. They’re eager to receive suggestions, ideas, and feedback from the community. If you’re a fan of open world space survival, and you’d like to assist the developers with the game, head on over to Steam to grab Empyrion now. You can stay up to date on the latest game news by following the game on Facebook and Twitter.

If you’re interested in sharing your Empyrion knowledge with others, or if you’d like to learn more about this upcoming title, stop by the Official Empyrion Wiki on Gamepedia.